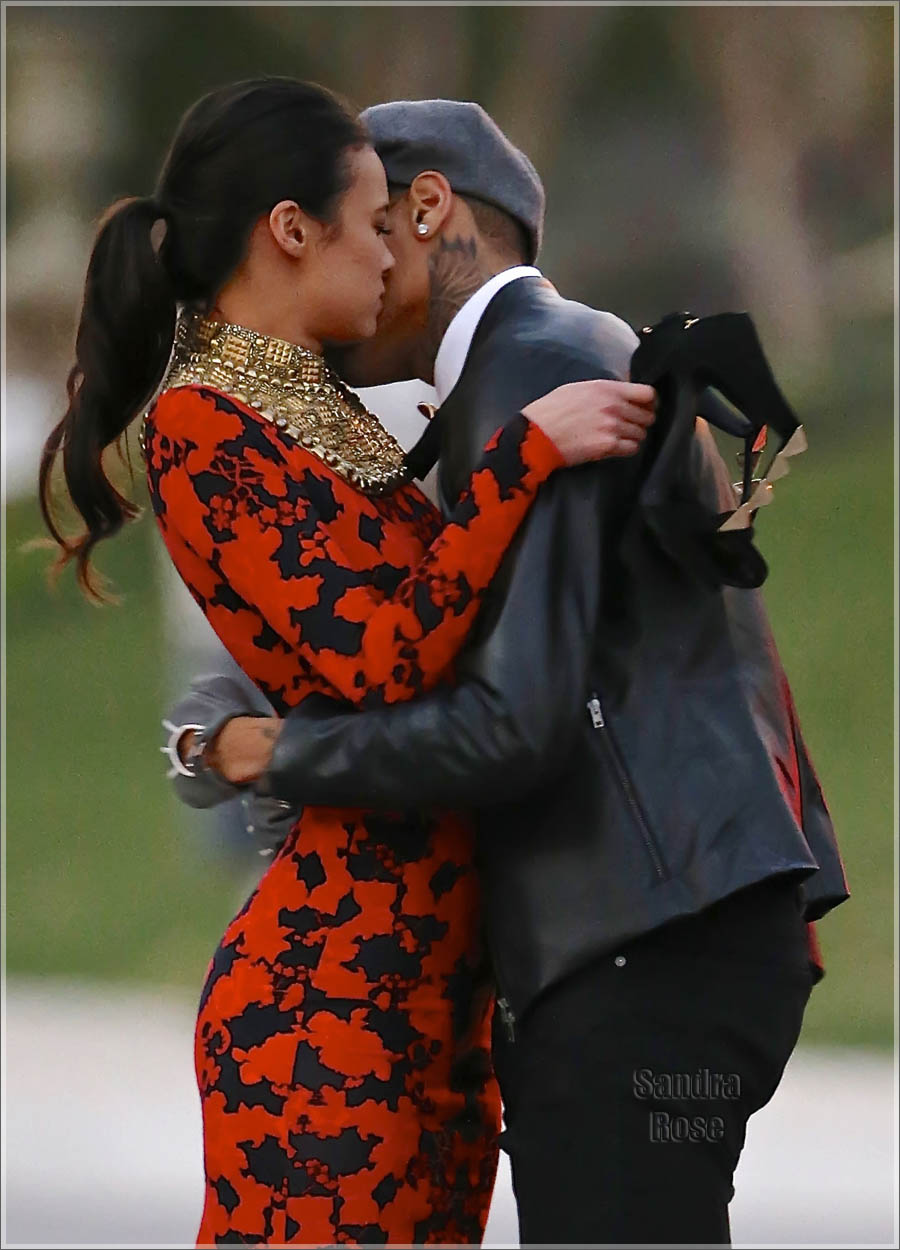 Troubled singer Chris Brown, 24, cuddles up to a Karrueche look-a-like video model on the set of his new music video which also features a selection of Lamborghini's. As you know, Brown and his on-again, off-again girlfriend Rihanna were sitting inside a Lamborghini when he savagely beat, punched and bit the Bajan singer in 2009. The incident led to criminal charges for Brown which nearlu ruined his recording career. Karrueche serves as Brown's side piece, otherwise known as a concubine or jump off.
Photo: WENN.com