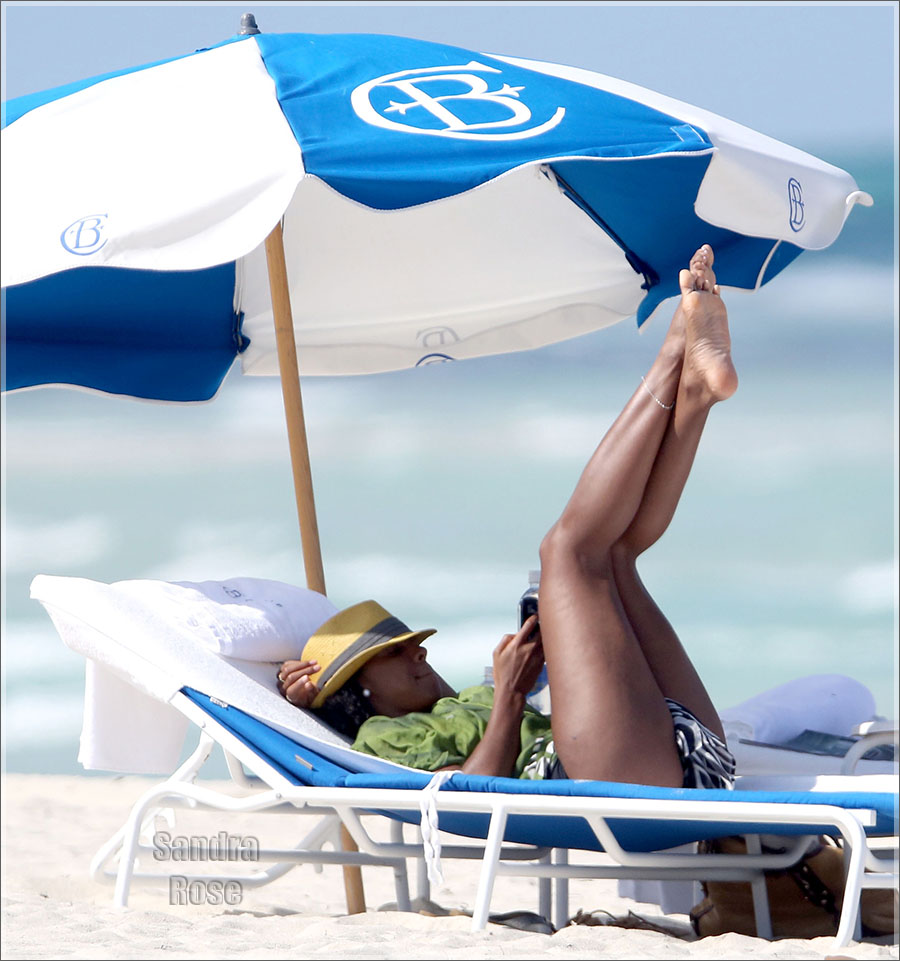 Singer Kelly Rowland stretched her legs as she lounged on Miami beach in Florida over the weekend. Rowland, who is rarely seen alone, relaxed on the beach by herself until a friend came along and gave her a peck on the lips. I don't think Rowland's longtime boyfriend/manager Tim Weatherspoon has anything to worry about though.
Photo: WENN.com

Father, son actors Will Smith, 44, and Jaden Smith, 14, were seen arriving at Narita International Airport in Tokyo early Monday (our time). The Smiths are in Japan to promote their new film 'After Earth'.
Photo: Edo Kat / Splash News