Actress Catherine Zeta-Jones, 43, returned home to her New York City apartment today after dropping her daughter off at school this morning. This is the first photo of Zeta-Jones since her much-publicized admission to a facility for treatment of bipolar disorder.

Her husband, Michael Douglas, described Zeta-Jones’s admission to the facility as “a 10,000 mile check-up.”

Zeta-Jones revealed her diagnosis exclusively to People magazine in July 2011. “This is a disorder that affects millions of people and I am one of them,” she told the magazine.

So what is bipolar disorder, you ask?

We all have a friend or family member who seems to be moody and quiet on some days, then on other days she excitedly shows off the new Gucci or Prada handbags and shoes she purchased that you know she can’t afford to buy.

That doesn’t mean people who spend recklessly are manic-depressive. Often we take action or suggest they seek therapy when their behavior disrupts their daily lives.

People who have bipolar disorder tend to lose interest in activities or they don’t finish projects they started. They can be very moody one minute then seem high or euphoric the next minute.

Patients with severe forms of bipolar disorder find their lives disrupted when they spend the rent and car payments on unnecessary items such as brand name clothes and handbags. Or they constantly interrupt their co-workers or classroom because they can’t sit still or stop talking.

Bipolar II disorder is less severe than bipolar I and is the most undiagnosed of the bipolar disorders. People with bipolar II have an elevated mood, irritability, but their symptoms don’t necessarily disrupt their daily functions. They have a less severe form of mania, and their periods of depression typically last longer than periods of low mania.

The Problem With How We Treat Bipolar Disorder – The NY Times

Beyonce drops more hints that she is not pregnant 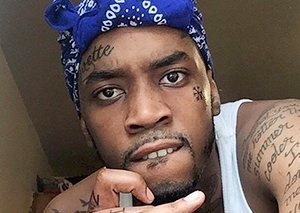