Singer and reality TV star Lil’ Mo was seen out & about with her boyfriend, professional boxer Karl “Dynamite” Dargan today. The 35-year-old Long Island native is still married to her husband, Phillip Bryant, the father of her two sons. Mo’ also has 2 daughters by her first husband, Al Stone, whom she married after dating for only 5 months.
Photo: INFphoto.com

British singer Rita Ora bared her midriff in a colorful outfit while out and about in NYC on Monday. She was first spotted leaving the Elvis Durant show before heading uptown for a meeting at the Bad Boy Worldwide offices. If you recall, Rita was co-signed by rap tycoon Jay Z during one of her initial excursions to the United States. There’s no word on what she’s doing meeting with Puffy.
Photo: Blayze / Splash News 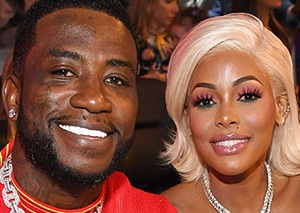