Singer Rihanna stopped by her dentist’s office to get her teeth cleaned this week. She looked utterly miserable until a young fan asked to take a Selfie with her. Narcissists love it when they’re recognized by lessers.
Photos: Splash News

Rapper Tyga, who was spotted in the UK yesterday, is not a household name in the United States. Many Americans would be hard pressed to name one of his rap songs. Tyga recently denied rumors that he’s dating Kim Kardashian’s half sister Kylie Jenner. The 24-year-old father-of-one was pictured leaving the Project nightclub where he performed a couple of his tracks.
Photos: Splash News 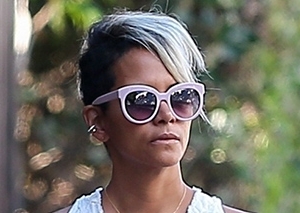