Songbird Mariah Carey was spotted leaving the upscale Louis Vuitton store in Aspen, CO. Mariah's gorgeous Louis Vuitton handbag is custom made-to-order and not available in stores. A 100% deposit of $5,900 is required to order this bag. Socialite Tamar Braxton has the same handbag.
Photos: Splash News

Actress Regina King, left, was spotted arriving at LAX Airport on Sunday, December 28. King is said to be dating rapper Common. The 43-year-old mother of one previously dated actor Malcolm Jamal-warner, who fled after she reportedly pressured him to put a ring on it. She already has one failed marriage under her belt.
Photos: WAB / Splash News 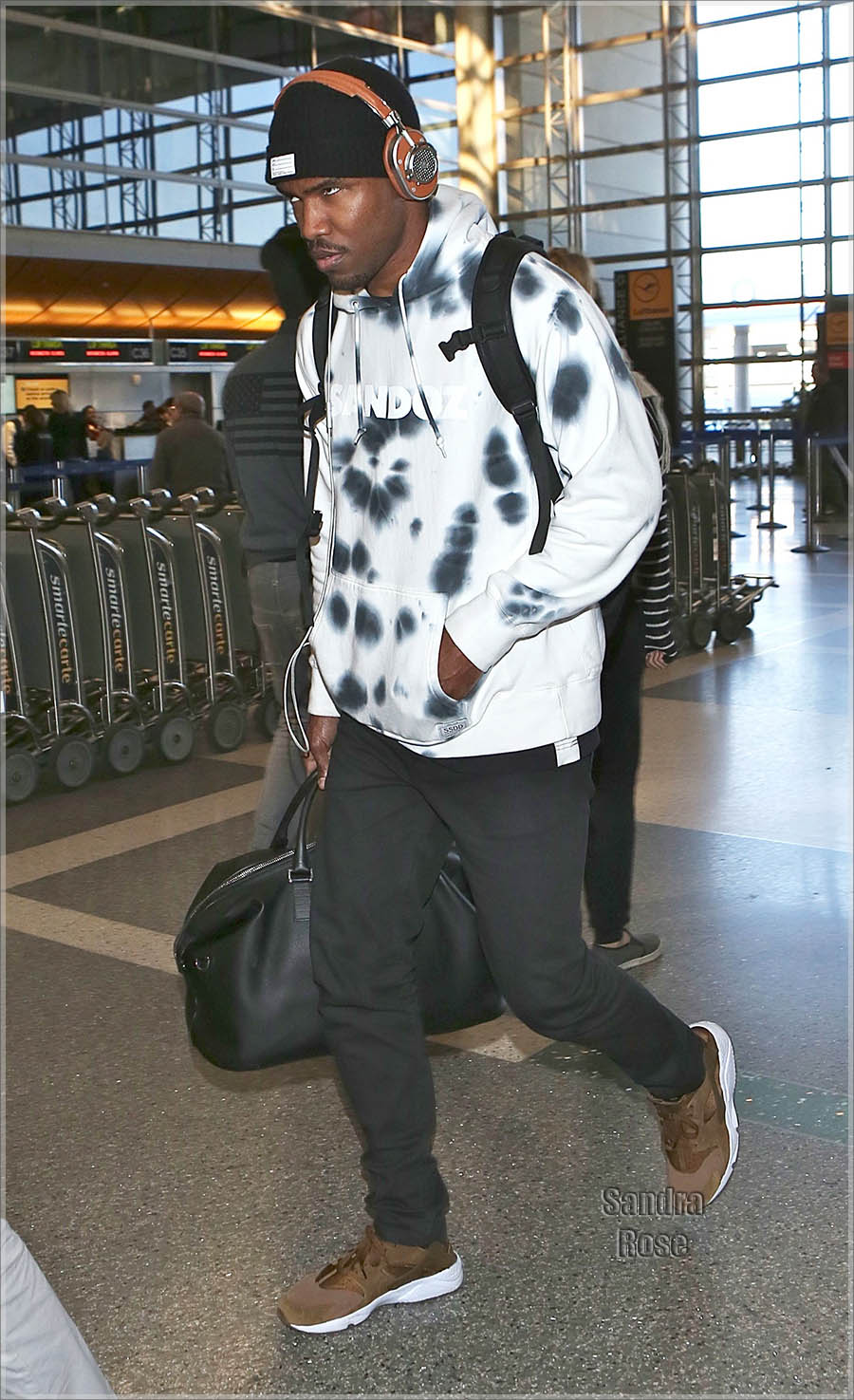 Gay rapper Frank Ocean looked surly as he departed from Los Angeles International Airport (LAX) on Monday. The 27-year-old rapper's female fan base declined dramatically after he announced his homosexuality on his social media page. His career has been missing in action ever since. Ocean's dilemma forced other gay rappers back into their respective closets.
Photos: WENN.com