Actress Tia Mowry-Hardrict was dressed in business chic pantsuit as she arrived at the 'Today' show in New York City on Wednesday. The 36-year-old chef prepares "classy comfort food" in her own cooking show 'Tia Mowry at Home' on the Cooking Channel.
Photos: Felipe Ramales / Splash News

Bajan ragamuffin Rihanna arrived at LAX airport wearing a hooded blanket cape sweater over a Puma sweatshirt and cut off denim shorts in Los Angeles, CA. The 27-year-old singer is depressed over the impending failure of her unreleased album R8. Her latest single "American Oxygen" is gasping for air, and her fans begged her record label to scrap the album and start over.
Photos: INFphoto.com 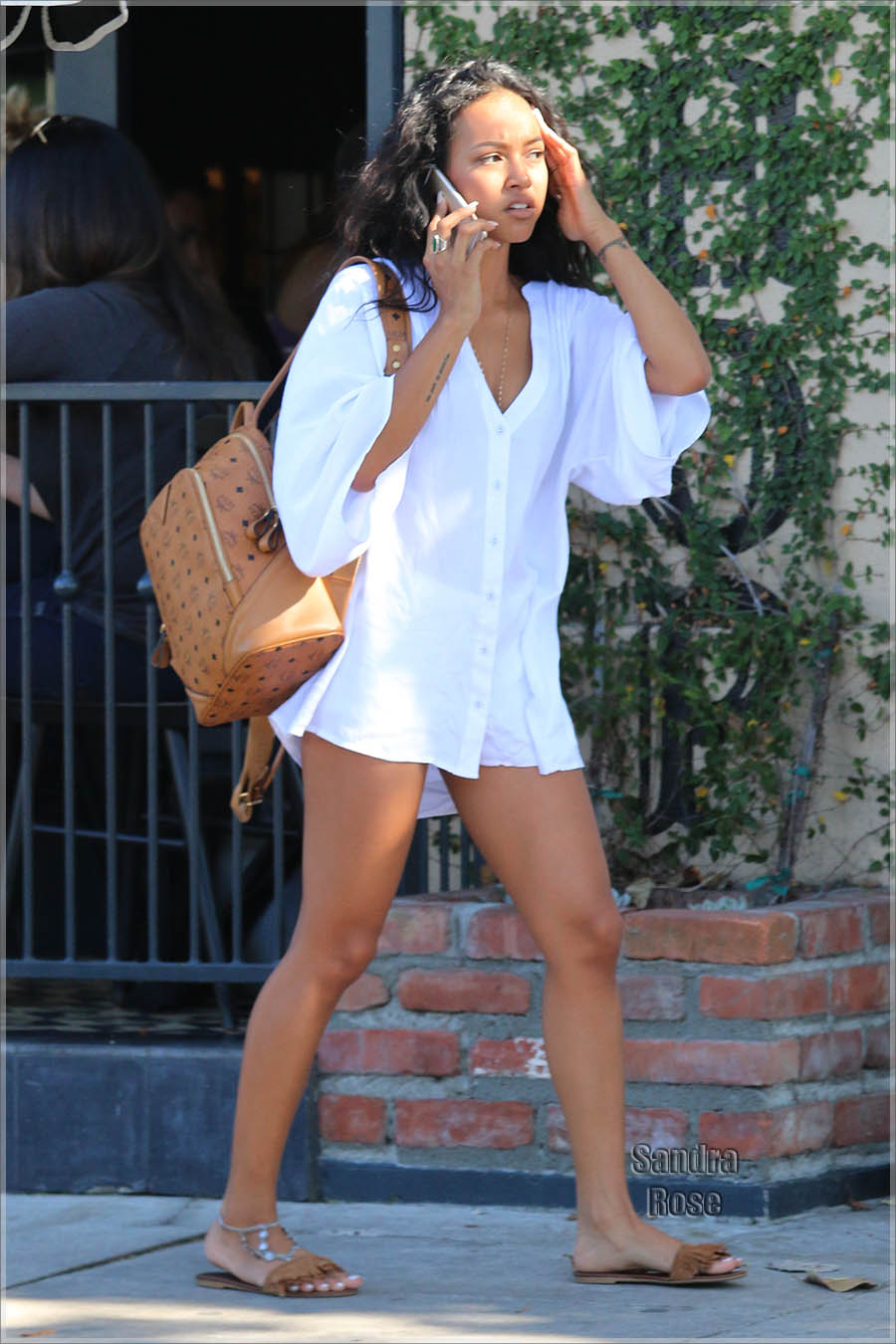 Emmy-nominated actress Karrueche Tran looked bewildered and confused as she talked on her cellphone on a sunny day in Beverly Hills. Karruehce has come a long way since her days as a nail technician who got lucky when she caught the fancy of superstar singer Chris Brown. Karrueche pampered herself with a day at Kate Somerville Spa.
Photos: WENN.com