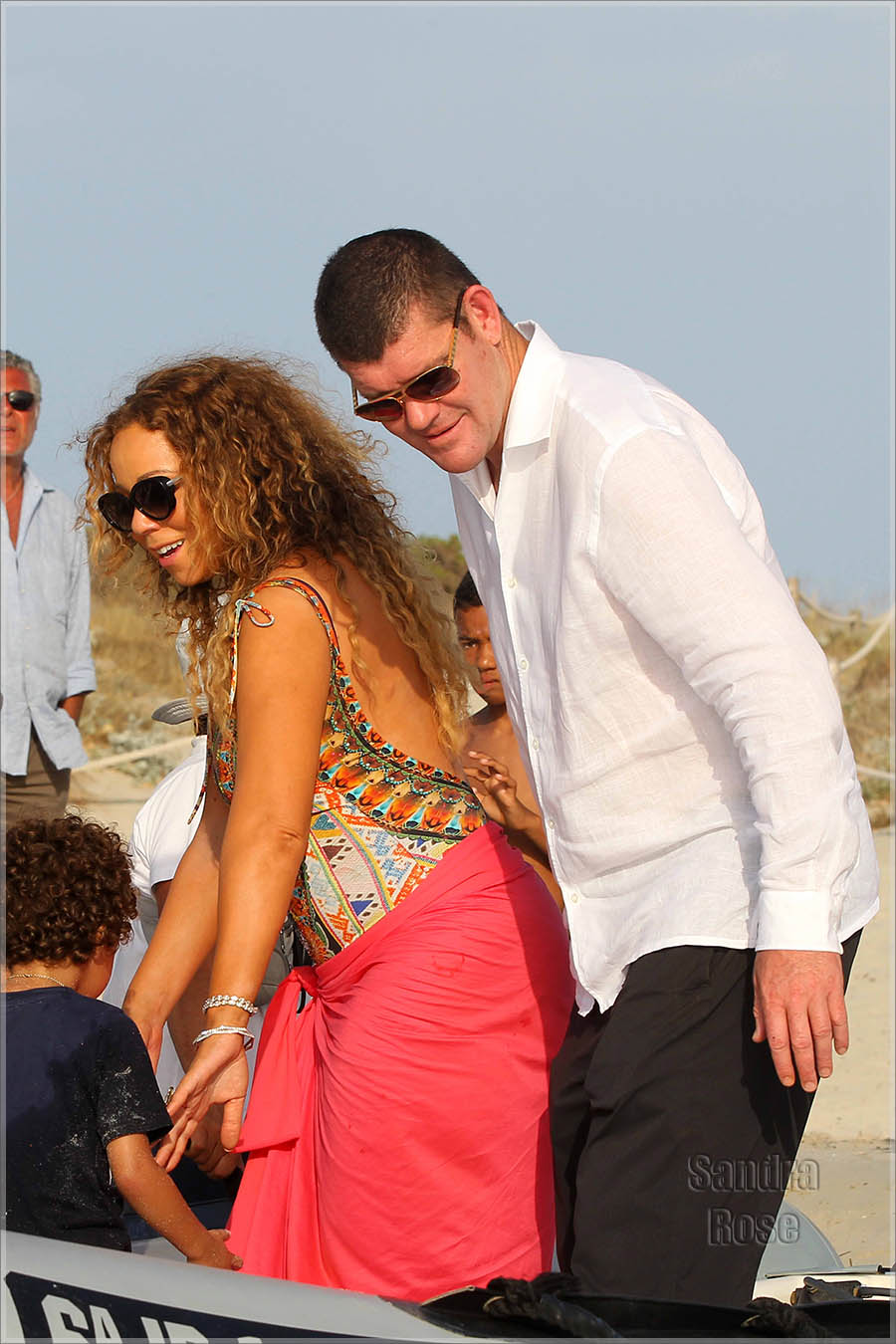 Pop singer Mariah Carey and her boyfriend of 1 month, James Packer were spotted relaxing on a yacht while vacationing in Ibiza, Spain. The couple reportedly visited something called a "pre-marriage counselor" for counseling prior to planning their wedding. Mind you, they just met each other, and Mariah has been down this road twice before. Both of her prior marriages ended in divorce and despair. Hopefully Mariah isn't moving too quickly out of desperation or some sort of fear of being alone?
Photos: KIKA/WENN.com, and INFphoto.com

Rap musician and producer Kanye West looked stunned as he was mobbed by autograph hounds at LAX airport. Autographs are a billion-dollar business around the world. Some professional autograph hounds earn a better living than the paparazzi. Autographs of living celebrities that are extremely rare, and worth a lot of money if you can get one, are Beyonce, Kanye West, Jay Z, LeBron James, Michael Jordan, and more.
Photos: Splash News

Reality TV personality NeNe Leakes was seen arriving at LAX Airport in Los Angeles, CA. on Wednesday. The 47-year-old former stripper recently announced her departure from Real Housewives of Atlanta. She will star in a new TV game show titled "To Tell the Truth" with Anthony Anderson and Betty White on ABC Network. I recall watching this game show as a kid back in the 1970s. It involves a contestant and a panel of 4 guests who each say the same line about their identity ("Hi, my name is Sandra Rose, and I'm a blogger"). It's up to the contestant to guess which one of the guests is telling the truth about their identity.
Photos: INFphoto.com 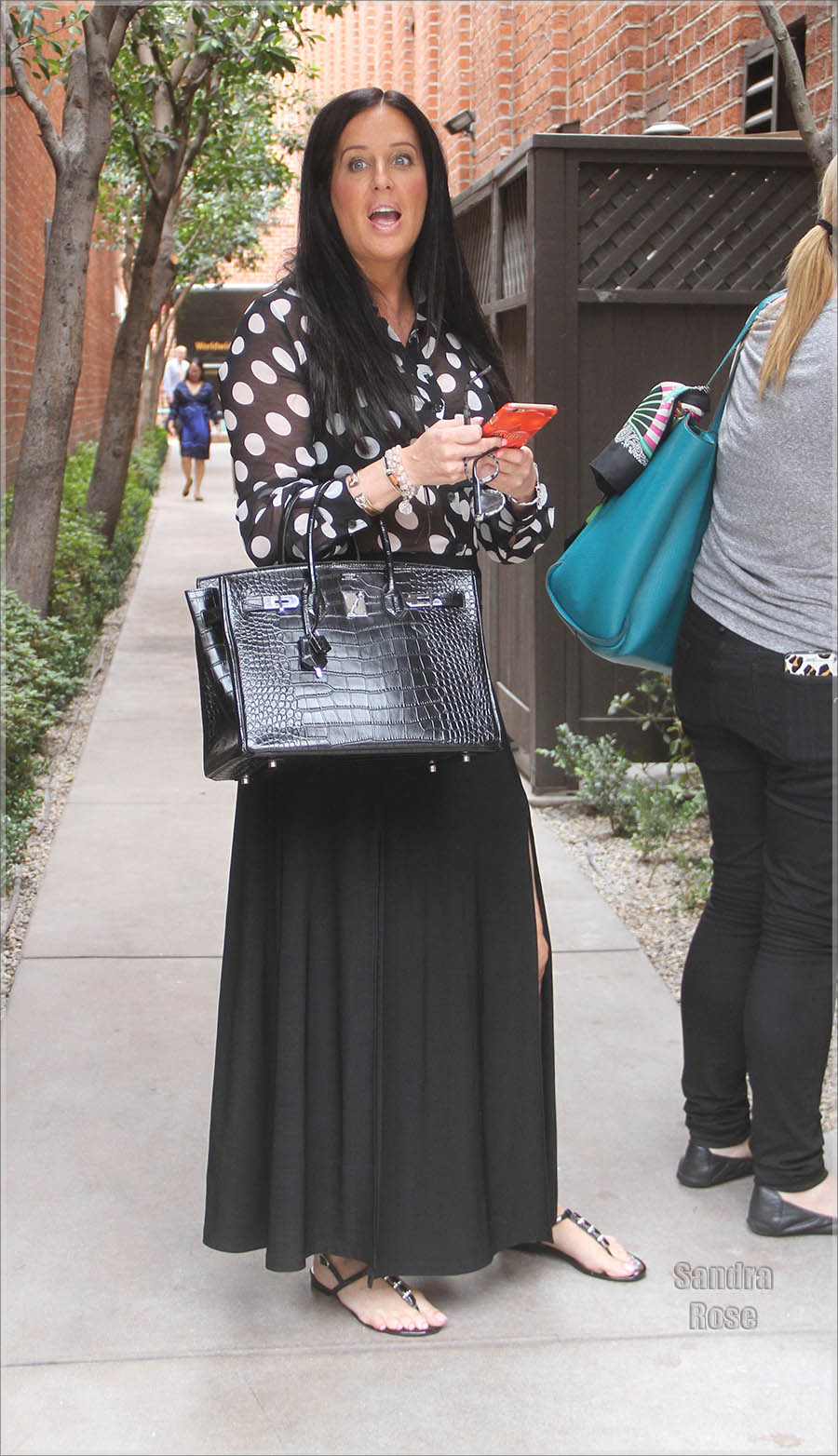 Relationship expert Patti Stanger knows a thing or 2 about desperate women. The Millionaire Matchmaker star recently announced a split from her boyfriend whom she thought would one day be her lawfully wedded husband. The reason she gave for the split was that the 2 of them were not compatible. Stanger would have known that they weren't compatible had she waited for the dopamine fumes to disperse. Stanger was spotted shopping in Beverly Hills on Wednesday.
Photos: WENN.com