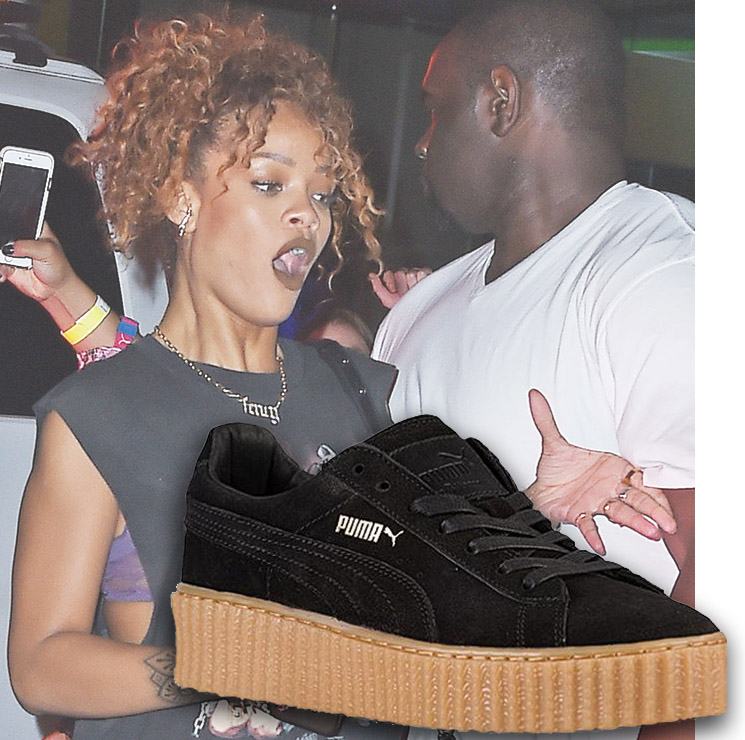 Earlier I told you Bajan singer Rihanna put her recording career on hold to focus on her new clothing line. Rihanna has worked closely with Puma on the design of their new shoe collaboration. The fruits of her labor now has a release date.

The first model features a black suede base and a creeper gum outsole which is bulkier than the usual. Other details include metallic gold Puma branding.

The Rihanna x Puma Suede ‘Creeper’ will debut on September 25th, 2015 at Puma retailers, one being EastBay. Retail price is $120 and two colorways will launch. Three pairs will debut which are Black/Oatmeal, Black/White-Black and Oatmeal/Oatmeal.

We love the "Oatmeal" one! Which one will you be getting? Expect a release date for these soon! #RihannaXPuma pic.twitter.com/RG7pbM5oyK