Actress and singer Gwen Stefani and her sons Apollo (pictured) and Kingston were seen at the ABC studios where Jimmy Kimmel Live is taped. Stefani, 46, told Us Weekly that her transition from husband Gavin Rossdale to country singer Blake Shelton, 39, was the fastest 4 minutes of her life. She said Shelton is the subject of her new song, "Make Me Like You," all about her former love life which she called a "tragedy."

"What's so crazy is that sometimes tragedy, if you really absorb it, you can turn it into something beautiful. And this whole album is about trying to take something that's awful and healing from it," she said. Gavin Rossdale carried on a longterm affair with his children's nanny.
Photos: Michael Wright/WENN.com 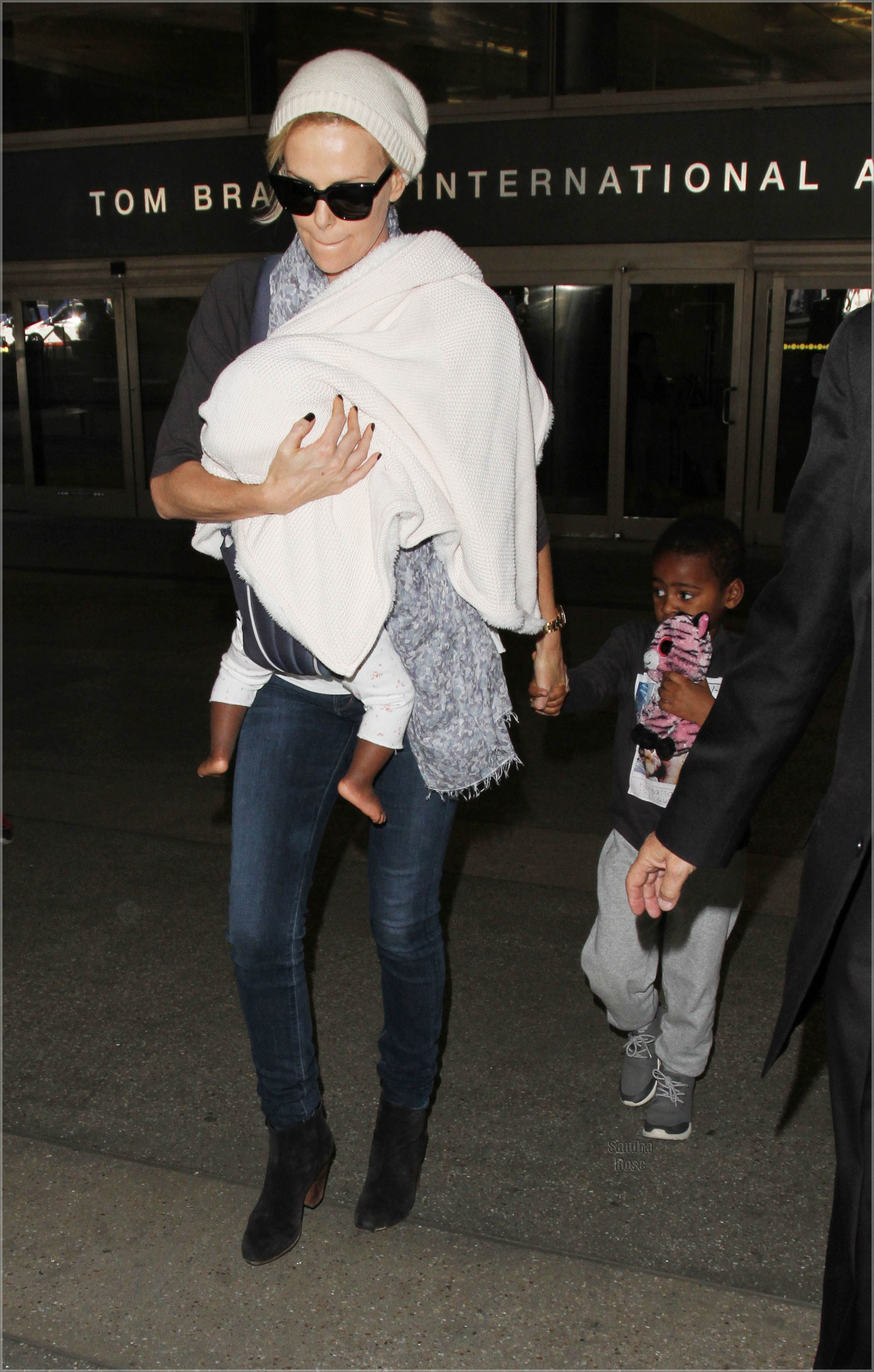 Oscar winner Charlize Theron was spotted arriving on a flight to Los Angeles International Airport (LAX) with sons Jackson, right, and infant August on Tuesday. Charlize recently adopted baby August. As you know it is nearly impossible to adopt a white baby even for an Oscar-winning millionaire like Charlize.
Photos: WENN.com