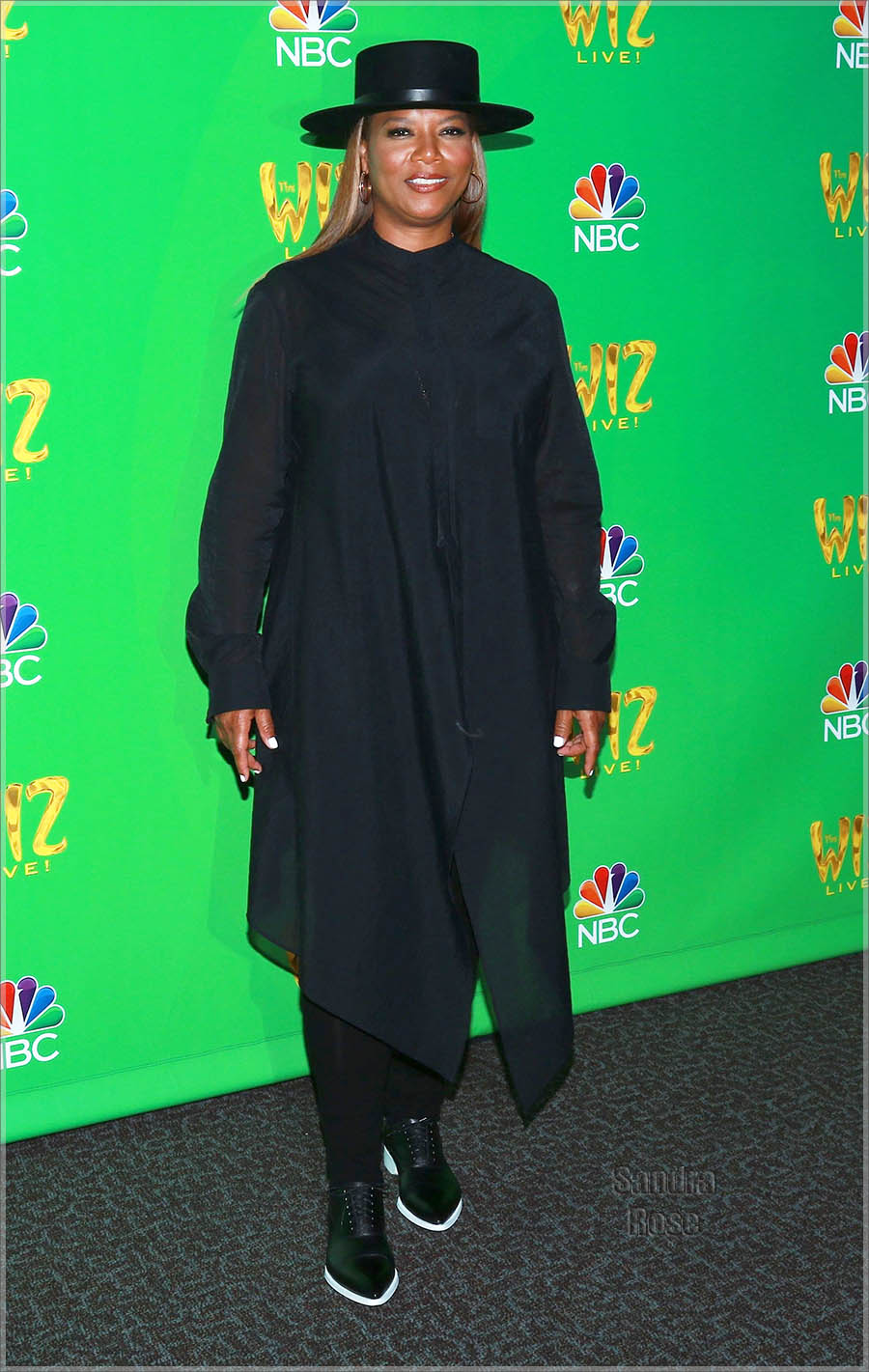 Raven-Symone flashed a peace sign as she left The View in New York City on Friday. The 30-year-old openly gay host wore a white lace dress/top combo, red plaid shirt, white pants, and Nike sneakers. She was accompanied by her father Christopher Pearman (behind her). Chris gained a lot of weight since I last saw him. He is the reason she is the way she is today (no further comment).