Socialite Kim Kardashian was still shaken after her run-in with a notorious prankster outside her Paris hotel on Wednesday. The 35-year-old mother-of-2 seemed in a daze as she left her hotel with husband Kanye West. Kardashian wore a black lace top which she paired with Adidas track pants. Kanye has a deal with Adidas to distribute his much-ridiculed clothing line.

NBA superstar Carmelo Anthony was spotted during a break while shooting a TV commercial in the SoHo neighborhood of New York City. 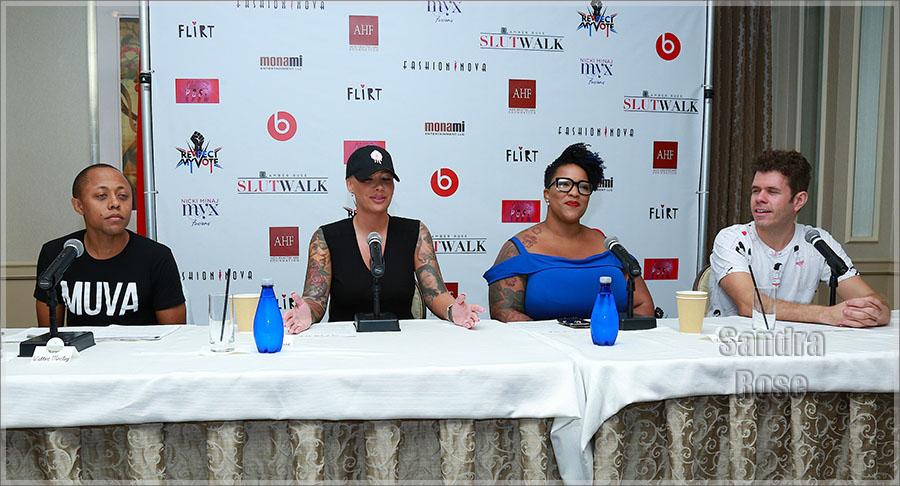 Socialite Amber Rose, 2nd from left, Frenchie Davis, 2nd from right, and blogger Perez Hilton, far right, participated in a SlutWalk press conference at the Four Seasons Hotel in Los Angeles on Wednesday. The Slutwalk is a march and concert to bring awareness to body shaming women who dress like sluts.

Model Chrissy Teigen was spotted out & about in New York, wearing a sweater dress and thigh high suede boots on Wednesday.