Actress Taraji P Henson looked elegant and poised on the red carpet at the Oscars. She wore a midnight-sapphire Alberta Ferretti gown accessorized with a Nirav Modi bib necklace and a Jimmy Choo clutch. 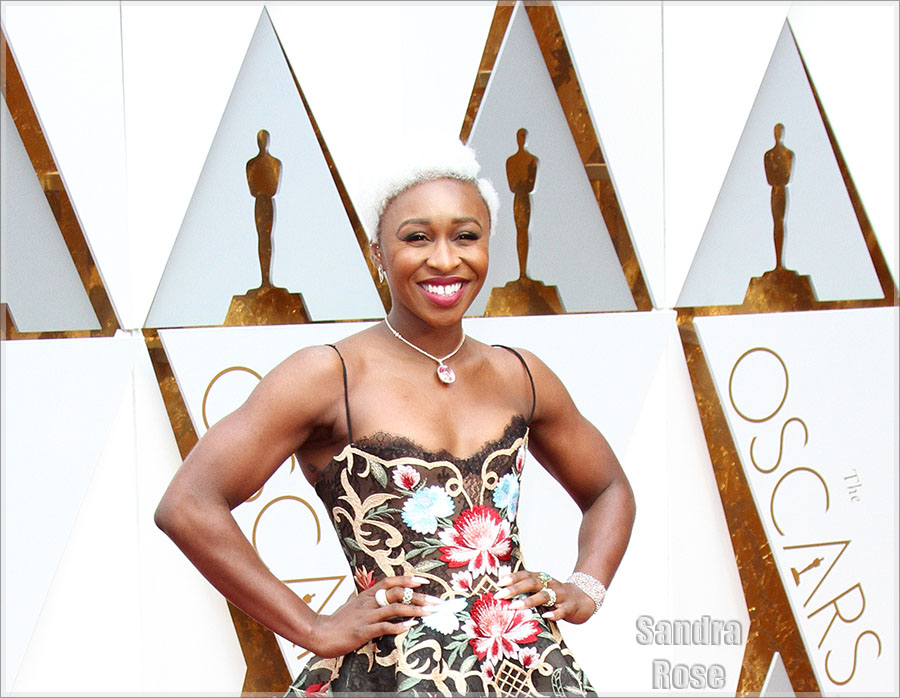 Actress Cynthia Erivo made her Oscars red carpet debut on Sunday. The 30-year-old British actress is best known for her role as Celie in Oprah's Broadway revival of The Color Purple, for which she won the 2015 Tony Award for Best Actress in a Musical and a 2017 Grammy Award for Best Musical Theater Album.

Erivo, who wore a Paolo Sebastian Fall 2016 Couture ball gown, is set to perform at the post-Oscars Governors Ball tonight.

Stay tuned throughout the evening for more photos from the 89th Annual Academy Awards.