The hunky 38-year-old crooner frolicked in the surf with one young woman and then paddle boarded with a muscular young lady in a hot pink bikini. 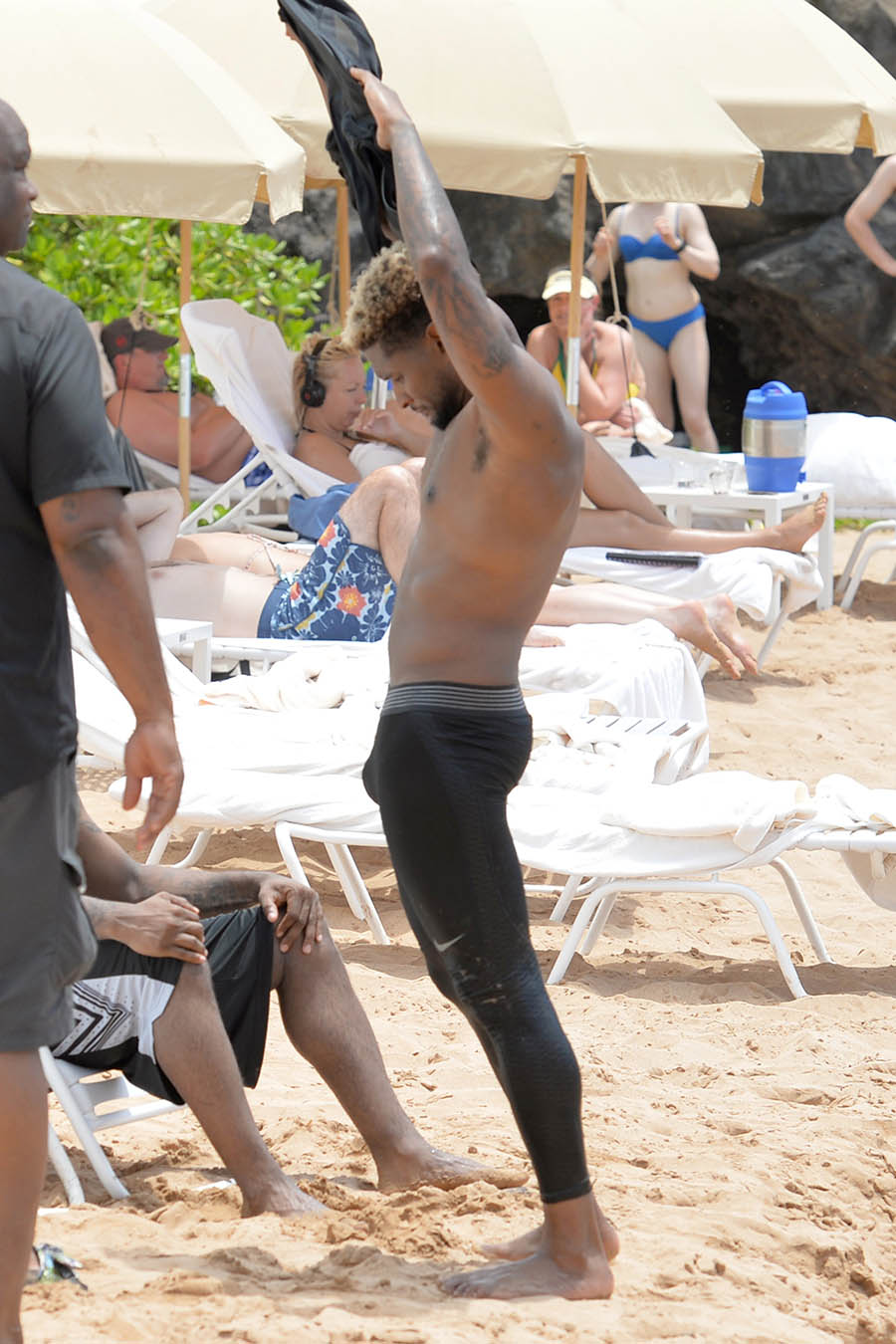 He was later seen taking a whiz in the weeds near the beach and ripping off his t-shirt and tank top to reveal his rippled abs to his crew of hard legs.