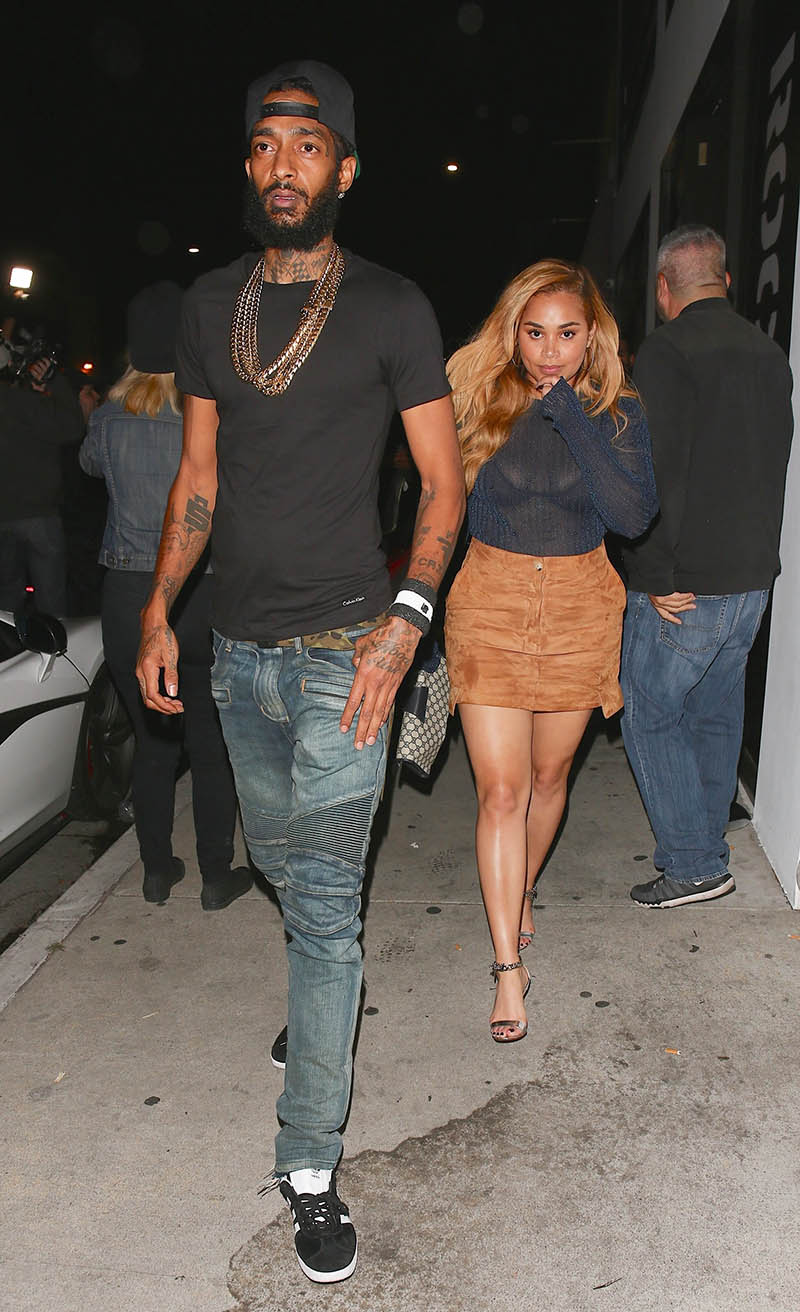 Claws star Karrueche Tran posed for pictures at the Hollywood Premiere of Claws at Harmony Gold in Hollywood. The series is about a group of nail techs who struggle to make ends meet by trafficking prescription drugs in tiny Palmetto, Florida. Who else saw the Claws sneak peek on TNT last week? As a lesbian I was horrified by the rampant lesbian and S&M sex scenes in this so-called "dark comedy". Claws is mostly dark with virtually no comedy. There isn't much to laugh at. There was even a murder -- committed by innocent looking Karrueche -- in the hour long episode. This spectacle is produced by Quincy Jones' daughter Rashida Jones.