La La Anthony was seen wearing head-to-toe Off White outfit by Virgil Abloh as she arrived outside The Breakfast Club for a radio interview in New York City, New York. The 38-year-old single mom was there to promote her new clothing line, The La La Anthony Denim Collection, which will be carried exclusively at Lord & Taylor Department store.

Actress/singer Melanie “Mel B” Brown took her 3 daughters on a trip to Disneyland in Anaheim, Calif. Pictured L-R are Angel, 10, Mel B, 42, Madison, 6, and Phoenix, 18. Brown and the children enjoyed their outing amid reports that Mel’s estranged husband Stephen Belafonte wants his upcoming domestic violence trial opened to the public. Brown wanted the trial held in secret to protect her kids from scandalous revelations about drug use and threesomes between Brown, Belafonte and their former nanny.

Selena Gomez was seen seen out and about in New York City on Wednesday. The 25-year-old singer revealed she is putting her recording career on hold to save her relationship with boyfriend The Weeknd. 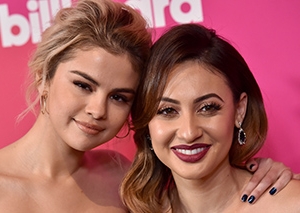 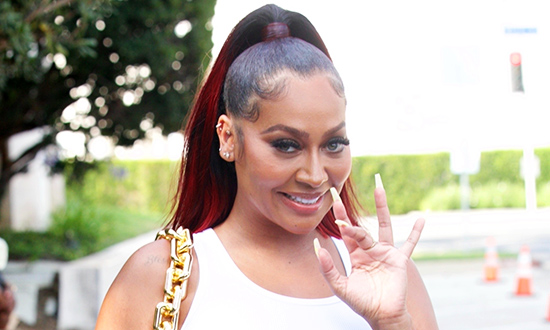