FBI agents have been pouring over his credit card receipts looking for prior intended targets.

One target was the Lollapalooza Music Festival in Chicago, attended by Malia Obama.

Paddock reportedly booked two rooms at the Blackstone Hotel, overlooking Grant Park in Chicago where the Lollapalooza festival was held in August -- 2 months before the massacre on the Vegas Strip.

Both rooms in Chicago offered the same view and were approximately the same shooting distance that Paddock had at the country music festival in Vegas -- about 1,500 feet or the length of 5 football fields.

Gossip webloid TMZ says Paddock never showed up for those bookings in Chicago.

Paddock also tried to book rooms at the Ogden, a luxury condo tower that overlooked the Life is Beautiful open-air festival, where Chance the Rapper, Muse and Lorde performed in Las Vegas from September 22-24. 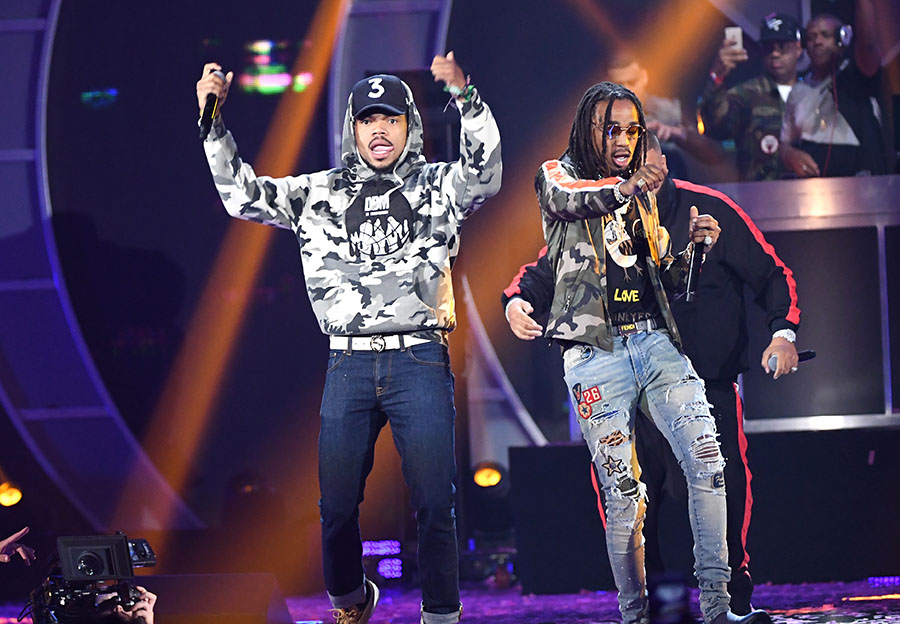 Chance is pictured above left with rappers Quavo Migos, center, and DJ Khaled (rear) at the 2017 iHeartRadio Music Festival at T-Mobile Arena on September 23 in Las Vegas.

An inside source told CBS the crazed mass murderer requested specific rooms overlooking the Life is Beautiful concerts in Vegas, but those rooms were unavailable.

Life is Beautiful was held about five-and-a-half miles northeast of Sunday's massacre.

That same week, Paddock sent his live-in girlfriend, Marilou Danley, home to the Philippines to "spare her life," according to her sisters.

Hotels and resorts are considering making changes to their booking policies, including denying specific room requests to travelers who try to book those rooms in advance.