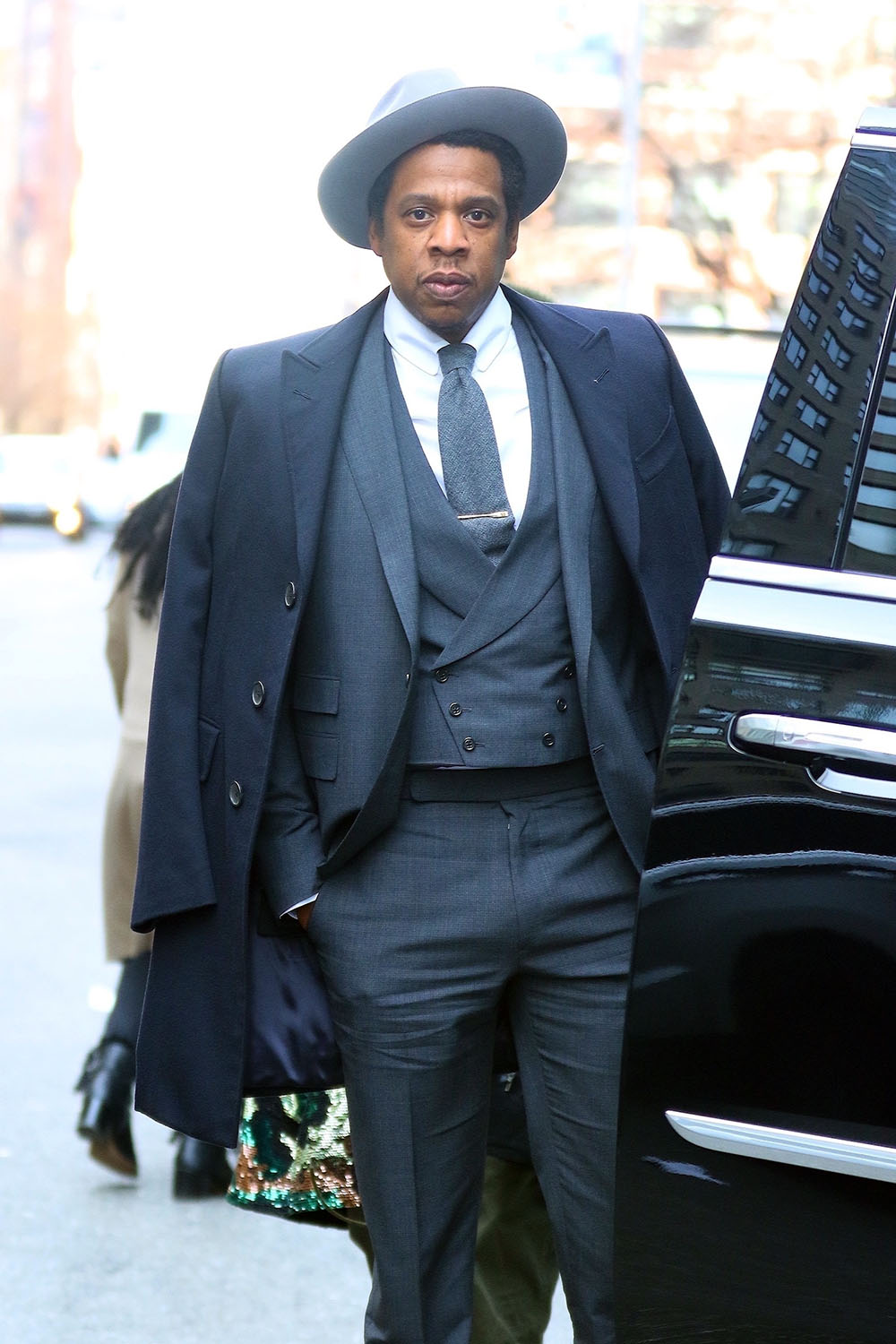 Beyonce wore a crushed velvet gown with high thigh split, while her husband dressed to impress in a 3-piece suit with overcoat and fedora hat. The party dress code was enforced by JAY-Z’s security team. You didn’t get in if you weren’t dressed to the 9ines.

Mariah Carey was all smiles as she exited the World Trade Center after attending JAY-Z’s Roc Nation Brunch honoring himself on Saturday. That cop isn’t holding a citation pad. It looks like he’s taking photos of Mariah with his cell phone while on duty. Cops are groupies, too. 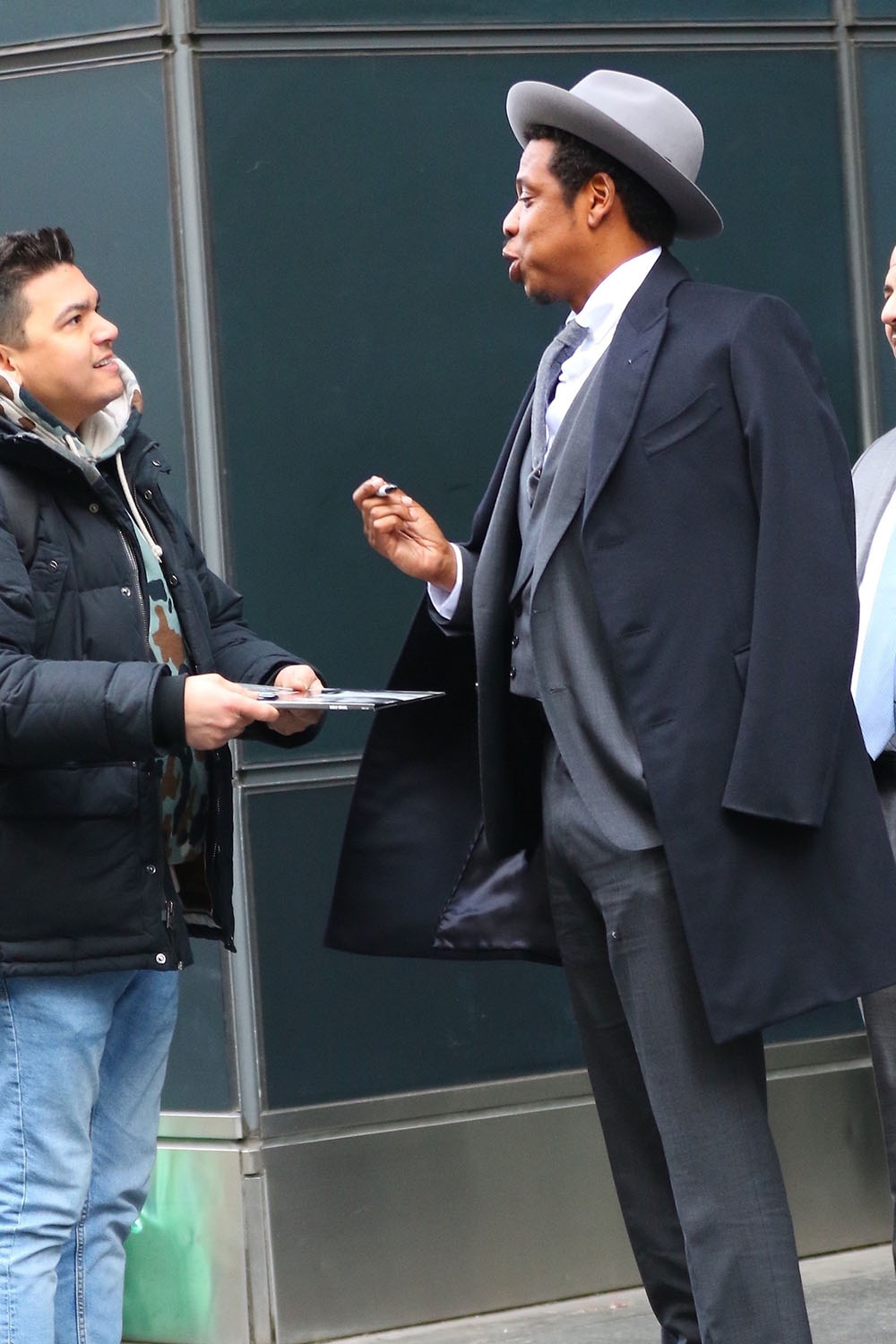 JAY-Z paused outside the World Trade Center to chop it up with a fan who asked for an autograph. 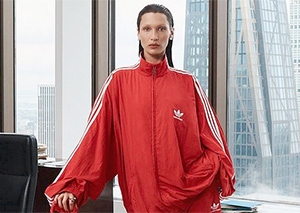