Gabrielle Union, left, and Janelle Monáe are ready for the 2018 MET Gala Ball tonight. The stylish ladies were spotted out and about in New York City on Monday. 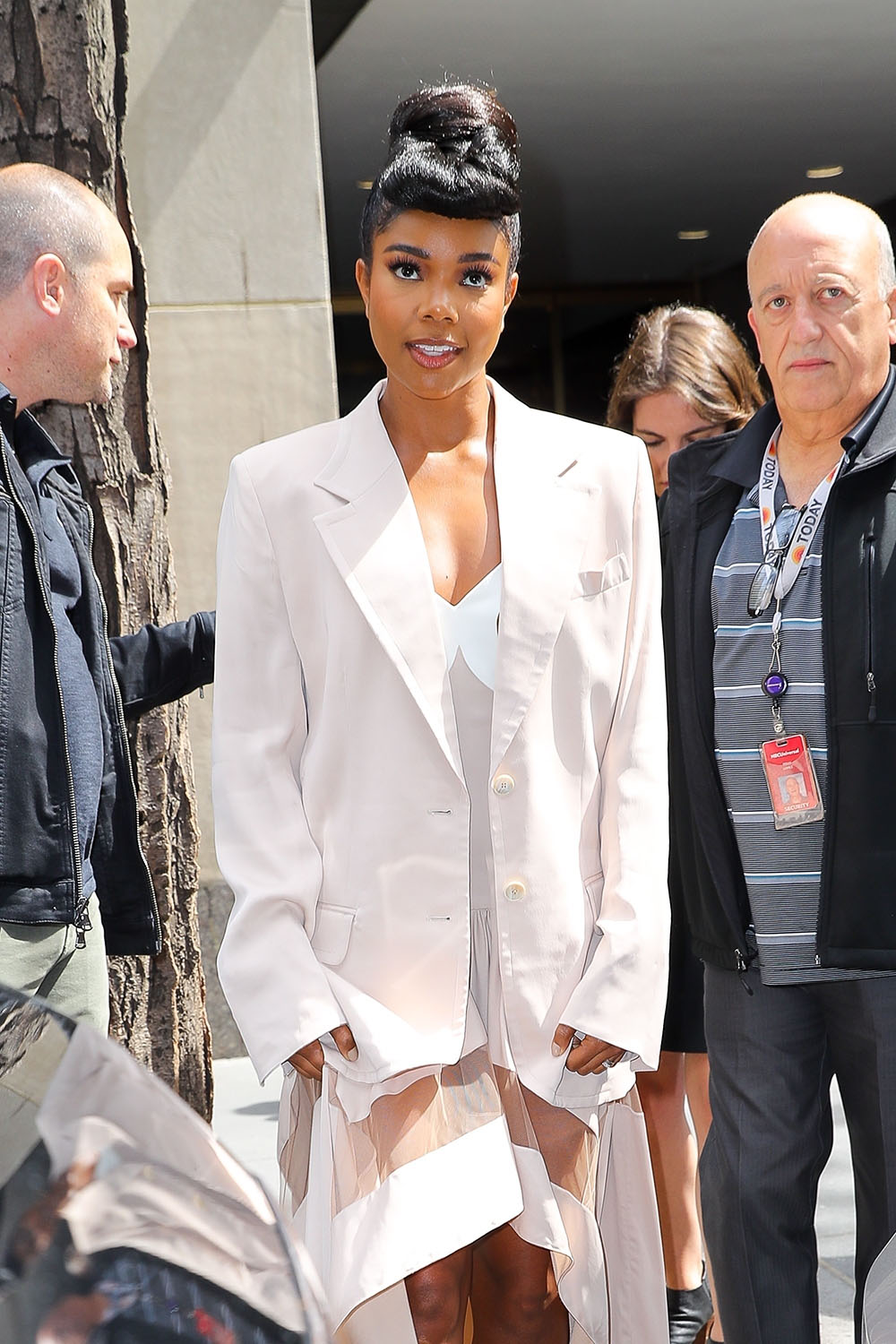 Gabrielle Union showed some leg in a white lace dress after an appearance on NBC's Today Show in New York City, while promoting her new film, Breaking In.

Janelle Monáe was spotted leaving her NYC hotel, wearing all black and no makeup on Monday. The 32-year-old singer/actress is the latest superstar to join the natural women movement. The movement was launched on Instagram.com by women seeking to reclaim their femininity after they were mistaken for men wearing excessive makeup.