The President was heavily criticized on social media for serving fast food to the players on Monday. 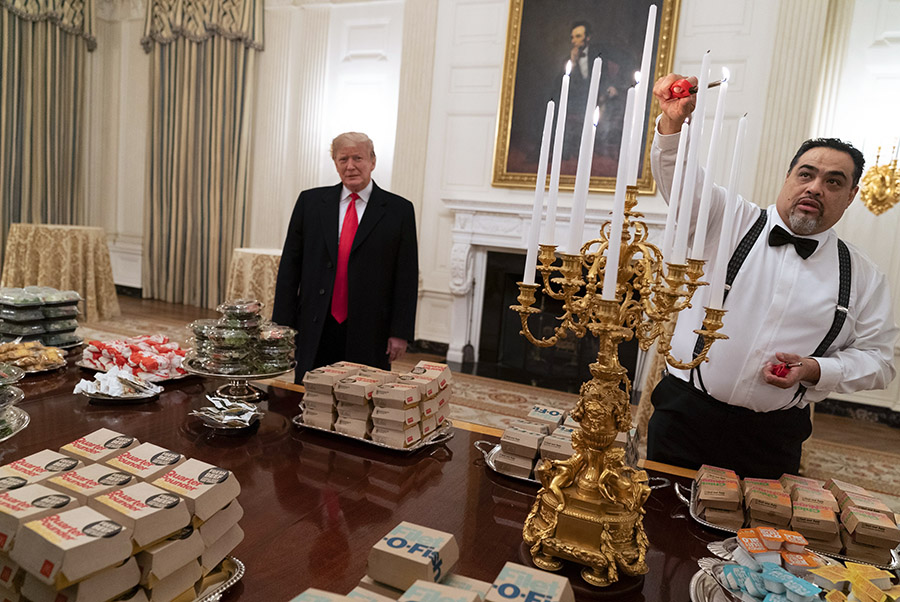 Quavo took to his social media account to invite the football players to Quality Control Records in Atlanta to show President Trump "HOW CHAMPS ARE SUPPOSED TO BE TREATED."

According to the Bleacher Report, the Tigers aren't likely to show up in Atlanta looking for a free meal on Quavo's dime, since free meals would be a violation of NCAA rules. 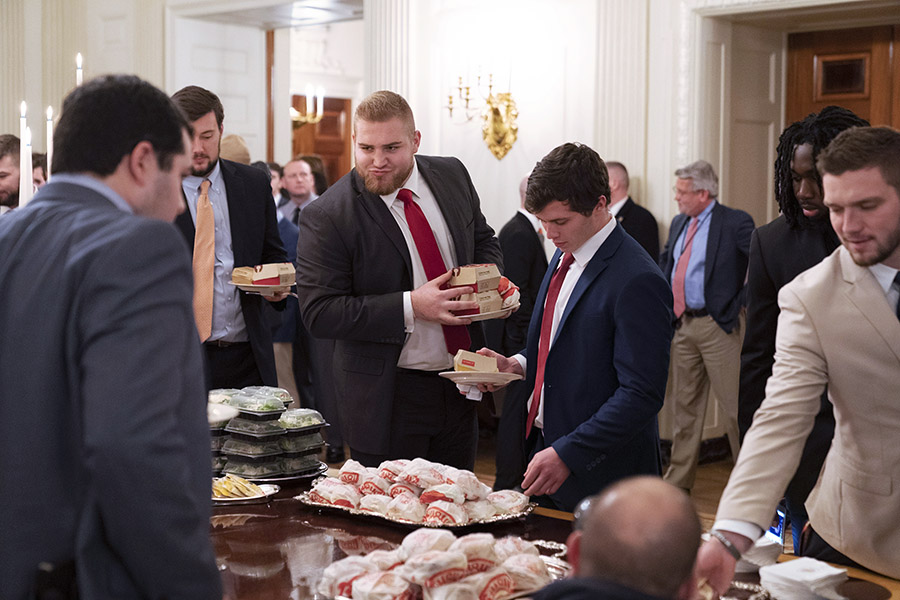 As the President explained on his Twitter account on Tuesday, he dug deep into his pockets to pay for the All-American meal of 1,000 McDonald's burgers and fries for the hungry football players. Trump turned to his friends at McDonald's to cater lunch since the White House's kitchen staff is furloughed by the partial government shutdown now in its fourth week.

With the WH kitchen staff gone, the President has had to make do by dining on fast food or simple meals sent over by the chef from his 4-star hotel down the street. Usually the food is cold by the time it arrives on the President's desk in the Oval Office, where he is still working during the shutdown.

As food critics raged on social media on Tuesday, Trump's supporters defended him by asking why college football players are expected to eat better than the President of the United States in his own home. 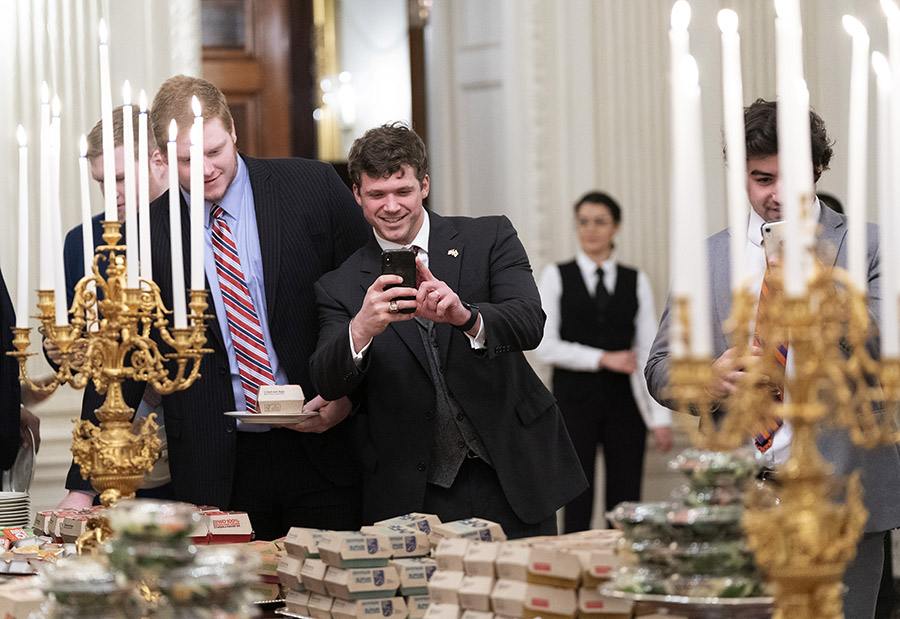 Trump is an alpha male who prides himself on knowing what other men like. The fact that the football players ate every burger with glee - and even took pictures of the table stacked with boxes of fish filets and Big Macs - is proof that Trump hit the nail right on the head.

Great being with the National Champion Clemson Tigers last night at the White House. Because of the Shutdown I served them massive amounts of Fast Food (I paid), over 1000 hamburgers etc. Within one hour, it was all gone. Great guys and big eaters!

If Trump hosted a women's basketball team at the White House, he would not have served cold hamburgers and Chicken McNuggets to the ladies - because a successful billionaire also knows what women like.

As others have pointed out, whether President Trump served cold fries or a formal full-course meal on fine china dinnerware to the players - Democrats would still be unhappy and look for something to complain about.

Trump has warned that the government shutdown will continue until Congress approves his request for $5.7 billion to build a wall at the southern border between the US and Mexico.