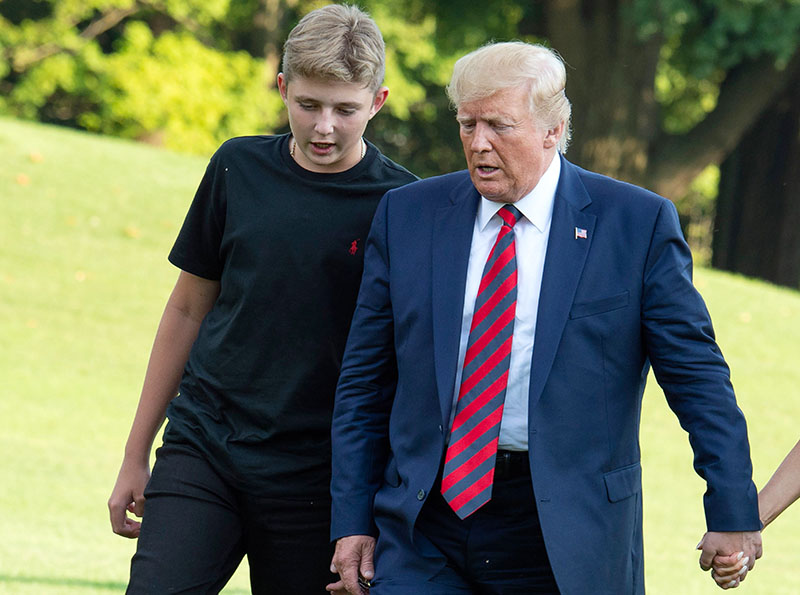 Barron Trump has grown much taller after moving into the White House with his mother, Melania Trump, in 2017. The lanky teenager, who turned 13 in March, is 6-foot-5 and towers over his father, President Trump, who is 6-3.

Barron and his parents returned to the White House on Sunday after spending two weeks at Trump's golf club in New Jersey. Pictures of Barron walking alongside his parents nearly broke the Internet. 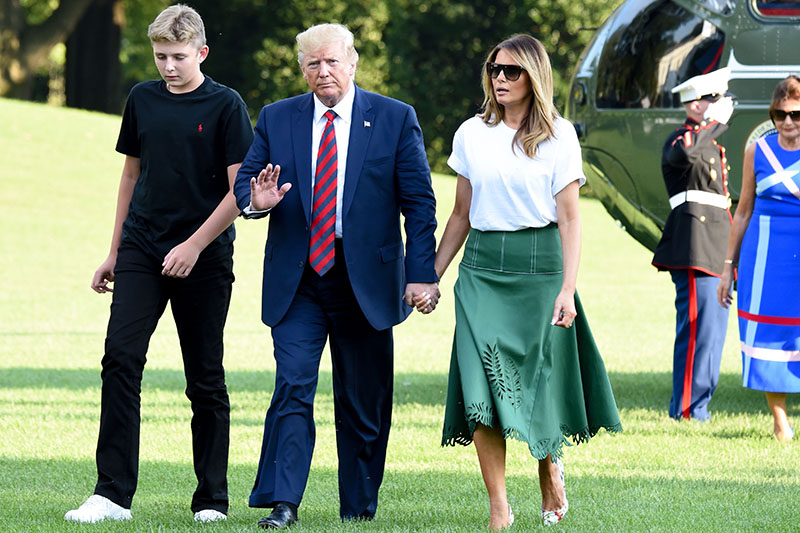 "Barron is a freaking giant!" wrote one user on Gab.com. Another user wrote "What are they feeding that kid?"

Most Internet users were surprised to see the lanky teenager towering over his mother and father. Height runs in the family. Melania, 49, is officially 5'11" tall, while her husband, age 73, was listed as 6-foot-3 during his annual physical last year.