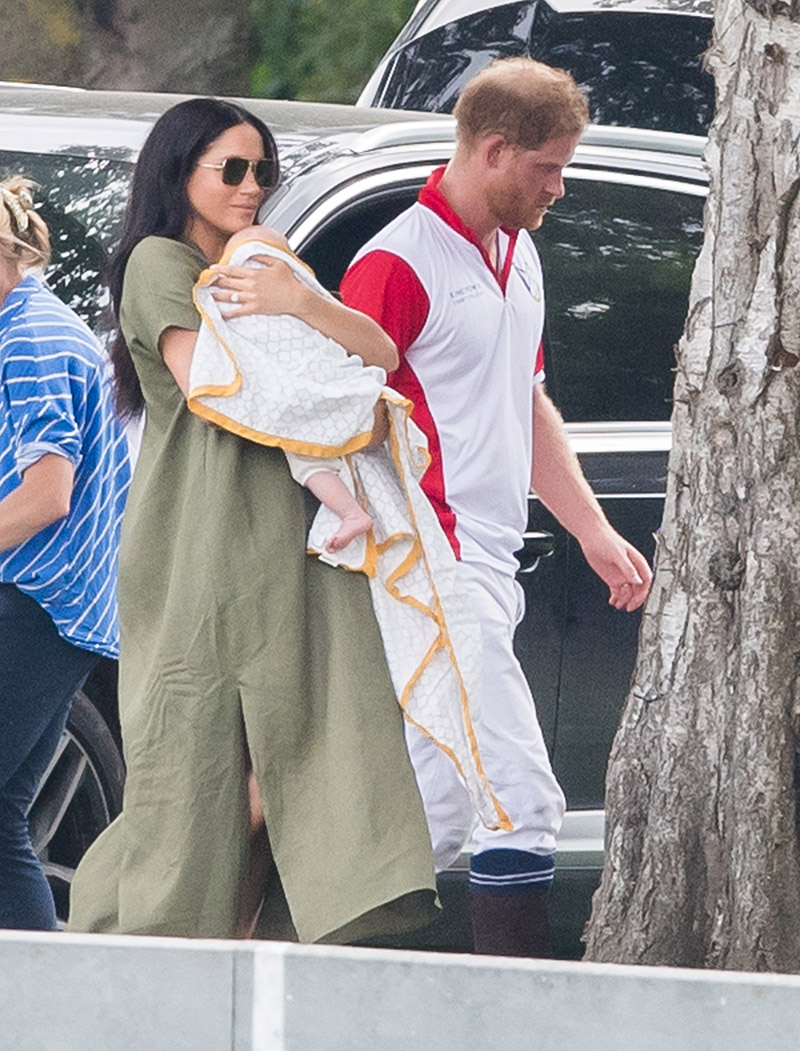 Meghan, Duchess of Sussex took her infant son Archibald "Archie" Harrison Mountbatten-Windsor, to a charity polo match to watch her husband, Prince Harry compete in the match on Wednesday, July 10, in Wokingham, England. 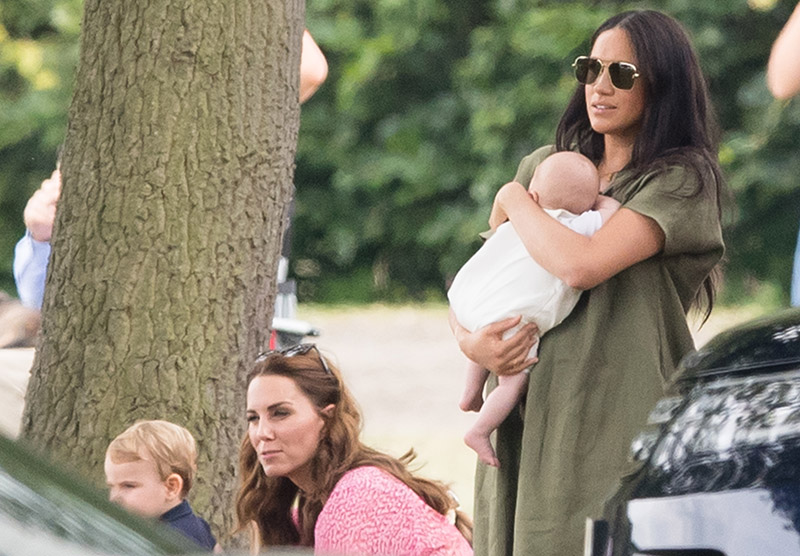 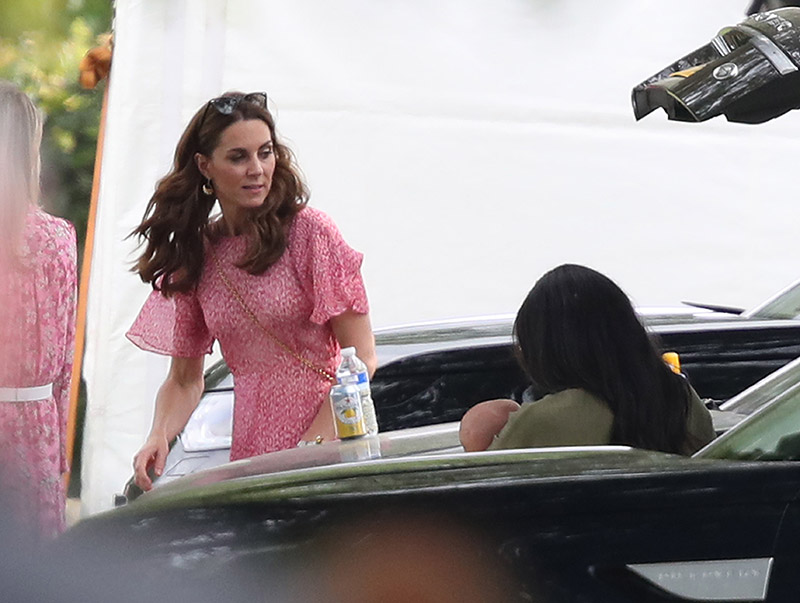 Meghan, 37, appeared to breast feed baby Archie, while her sister-in-law Katherine looked on.

Over the weekend, Prince Harry and Meghan hosted a private baptism for 2-month-old Archie at Windsor Castle. Both Kate and Prince William attended. Harry and Meghan have decided not to reveal the names of the godparents. 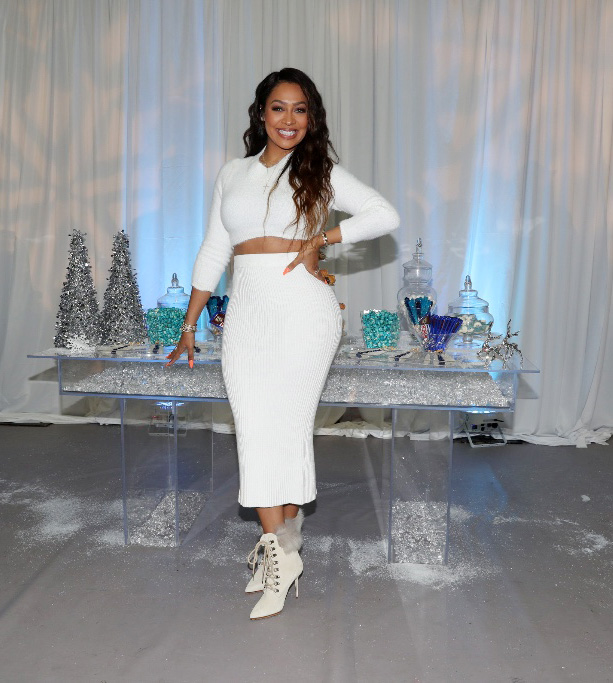 La La partnered with Brand Jordan and Apple who donated sneakers, sports gear and electronic devices to the girls.

“I’m blessed to be in a position to use my time and resources to make a difference in young people’s lives," she said. "Not everyone can call their friends at Brand Jordan and Apple and ask for product to donate." She continues “It always feels good to give during the holiday season, but I think it’s even more important to GIVE BACK to those who are not only less fortunate but who are working hard and deserve it, than the young women of Girls Inc of NYC.”

"Don't let anybody tell you what you can't do; you can do anything. I love you guys! Happy New Year!" La La said in a video uploaded to her Instagram.com account. 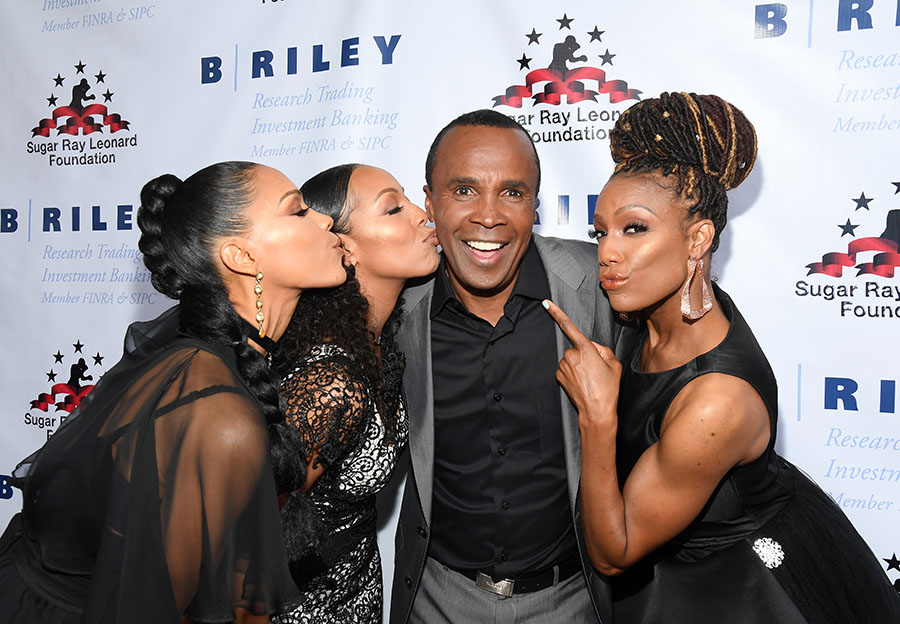 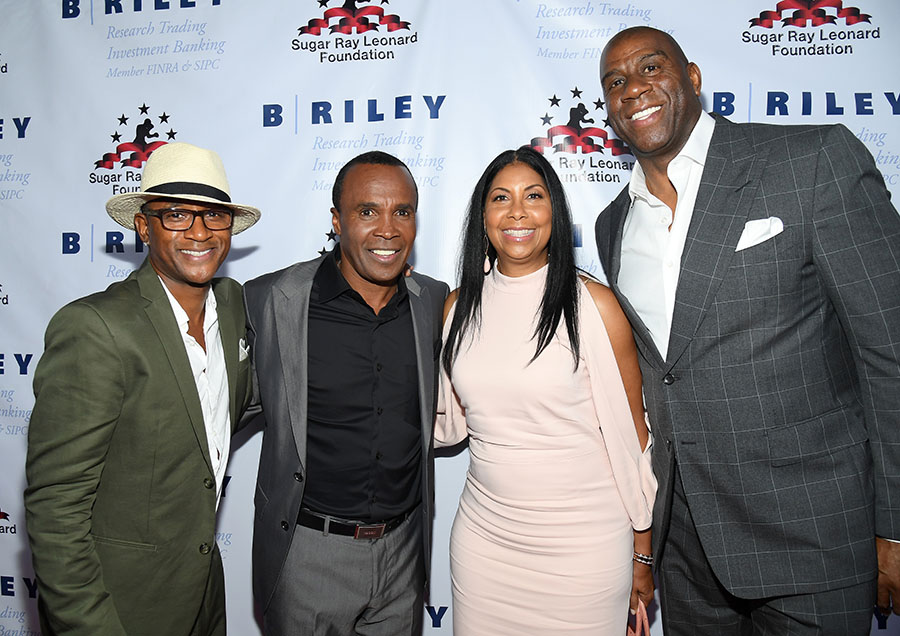 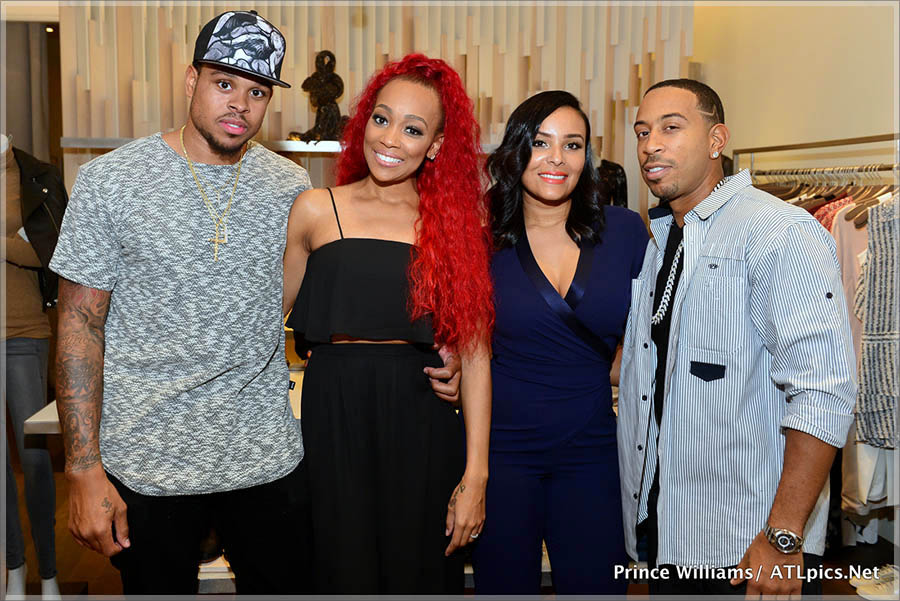 Eudoxie Bridges, wife of hip hop mogul Chris "Ludacris" Bridges, held a Sip & Shop at Intermix Buckhead at the Shops of Buckhead in Atlanta on Thursday.

A portion of the proceeds from the event will benefit Eudoxie's non-profit charity Unspoken Angels to raise funds for domestic violence awareness month. 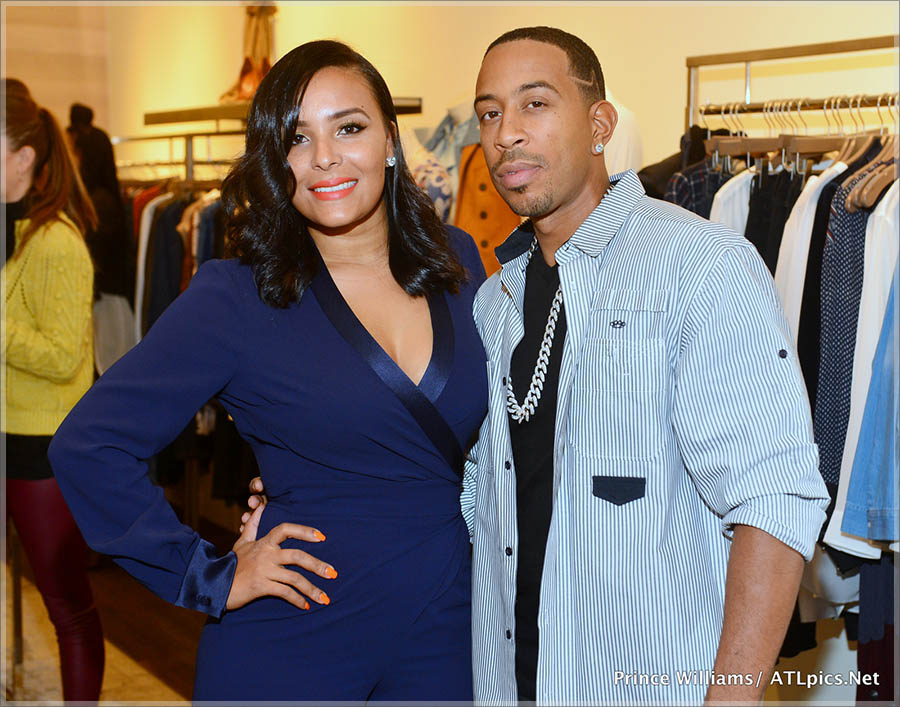 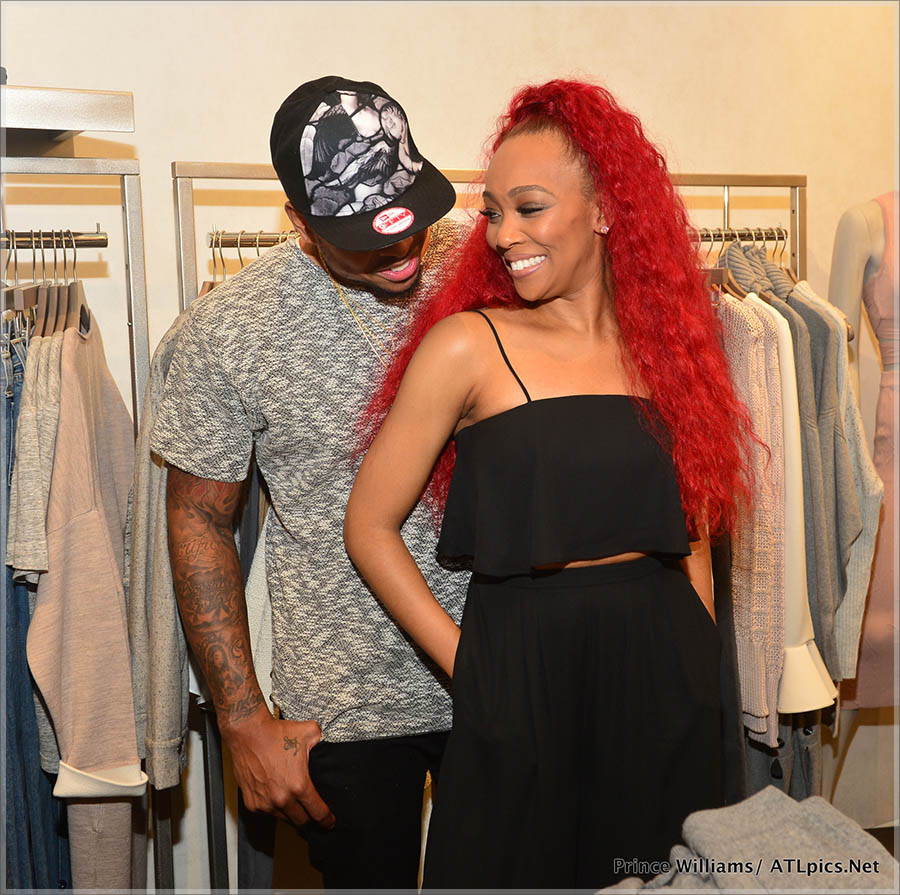 Rap mogul Ludacris and other big names Atlanta stars will be bowling for charity tonight (Thursday, Aug. 28) at Bowlmor Lanes (formerly 300) conveniently located at 2175 Savoy Drive and I-285. The bowling for charity event kicks off Ludacris' Annual Luda Day Weekend with proceeds benefitting the youth of Atlanta through the Ludacris Foundation.

The Ludacris Foundation was successful in reaching out to Atlanta's entertainment and business communities who stepped up to the plate by sponsoring lanes for $1,000 and $1,500. Donors include Neyo's Compound Entertainment, Will Packer's Will Packer Productions, Devyne Stephens, Ison-Hurr Recycling Industries, Universal Music Publishing Group, Brumfield Limo, Magic City, Mechanic Maniacs Apparel, Envision Business Management and Roller Coaster Waves, among others.

Sandrarose.com family and friends will be bowling in the main bowling area (with the VIPs), so stop by and join the fun!

Pop singer Rihanna practically ignored her ex-boyfriend Chris Brown while sitting court side at Jay Z's Roc Nation Summer Classic Charity Basketball game at Barclays Center in Brooklyn yesterday. Brown did everything he could to attract RiRi's attention, but Rihanna focused all her attention on the true Love of her life, her bestie Melissa Forde. The two women are said to be inseparable these days. Isn't Love grand?

END_OF_DOCUMENT_TOKEN_TO_BE_REPLACED

Singer Chris Brown put his ex-girlfriend Karrueche Tran in a playful choke hold as they attended his charity flag football game in Los Angeles, CA., on Saturday. It's always nice to see ex couples remain good friends instead of plotting for each other's downfall.

Miami Dolphins star running back Reggie Bush is a lucky man. His pregnant girlfriend, Lilit Avagyan, is not a known groupie, which means her sex tapes will not be leaked to the blogs. Reggie and Lilit hosted the “Fins and Kids” Publix Shopping Spree in downtown Fort Lauderdale, Florida yesterday.

END_OF_DOCUMENT_TOKEN_TO_BE_REPLACED 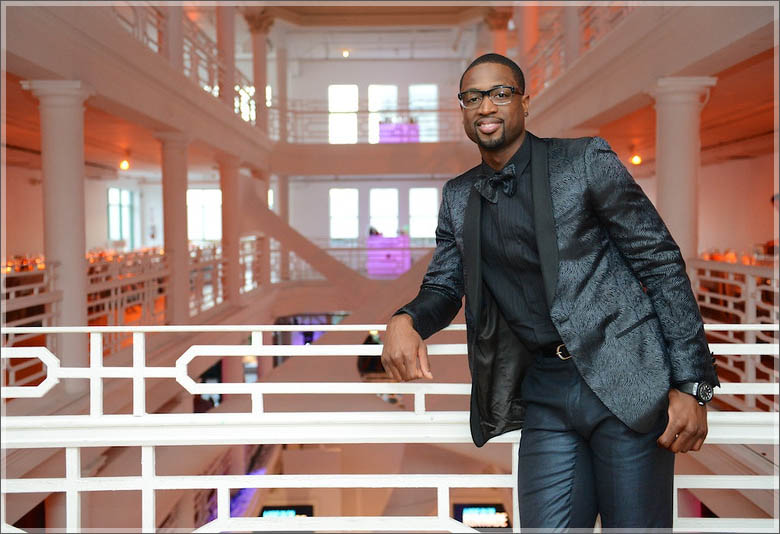 Miami HEAT Champion, Dwyane Wade, hosted his first fashion fundraiser last evening in Miami to benefit his Wade's World Foundation. As part of his ongoing commitment to giving back to the South Florida community, A Night on the RunWade included a benefit dinner, live performances and a fashion show featuring clothing from Dsquared2, Versace and The Webster. 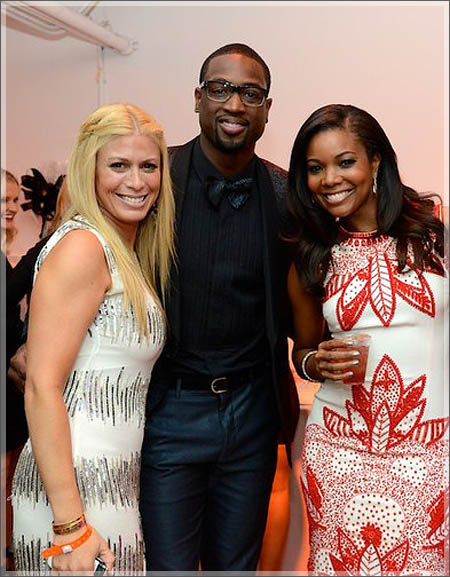 Dwyane walked the runway and did a backward somersault to make his catwalk debut. Gabrielle Union, Alonzo Mourning and fellow teammates Chris Bosh and James Jones were in attendance to show their support.

END_OF_DOCUMENT_TOKEN_TO_BE_REPLACED

Scott Van Duzer, 46, of Port St. Lucie, Florida, made headlines when he power lifted President Obama off his feet during a campaign stop on Sunday. Van Duzer, who owns the Big Apple Pizza & Pasta Restaurant in Fort Pierce, Fla., says angry residents are threatening to boycott his pizza shop after he hugged the president during the campaign stop.

By now you've all seen the photo of the Republican pizzeria owner bear hugging Mr. Obama. The first thing I thought when I saw the picture was where are the Secret Service? If the photo had not been staged Secret Service agents would've beat him worse than Chris Brown beat Rihanna.

END_OF_DOCUMENT_TOKEN_TO_BE_REPLACED

Jazze Phae's girlfriend Pennae is a salon owner in Atlanta. She had an interesting story to tell me when she did my hair last year. Pennae said she suffered a stroke years ago that left her partially paralyzed. She was hospitalized for months, and when she was released from the hospital most of her clients abandoned her. Pennae has come a long way. She rebuilt her clientele list and she was hired as the hair stylist for BET's The Game on location in Atlanta. Congrats to her!

I still can't figure out how reality TV star and salon owner Derek J walks in pumps without breaking the heels down. 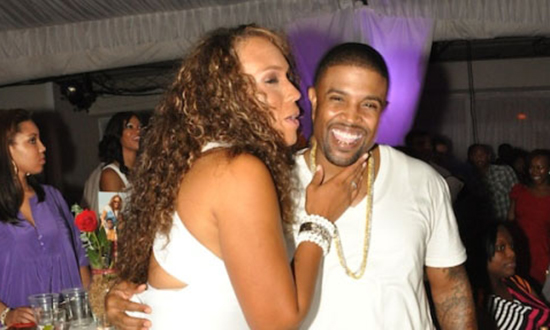 Is there trouble in paradise for Mariah Carey and Nick Cannon? The superstar couple hosted the Project Canvas Charity Event at The Opera Ballroom at Crest in New York City on Friday. But take a look at the photos from the event. If you are a student of body language it is easy to decode Mariah's signals.

Look at the way Mariah is standing next to Nick. It is easy to tell which one is in love with the other more.

Nick's body is pointing toward his love interest, while Mariah stands in every picture as if she is alone.

These images are a perfect example of a woman who has lost interest. Even in the photos where they are standing in close proximity, it still looks like Mariah is in the photo alone. They're heads are not touching and Mariah leans away from her husband.

No part of Mariah's body is pointed toward Nick.

END_OF_DOCUMENT_TOKEN_TO_BE_REPLACED

Musician Swizz Beatz and his wife, singer Alicia Keys bid against each other for a guitar autographed by legendary pop/rock group the Rolling Stones. Afterwards, Alicia bought a penguin drawn by Swizz and the school kids at the Bronx Charter School for the Arts Auction at Marque, in NYC. All proceeds from the auction goes to benefit the school. Don't you love it when overindulged celebrities give back?

Also attending the event were La La Anthony and La La's husband Carmelo Anthony (partially obscured behind Alicia), who has to worry about his team beating the steamrolling Miami Heat in game 3 of the Eastern Conference playoffs tonight. If the NY Knicks drop game 3, they will go down in NBA history as the only team to lose 13 consecutive games in the playoffs.