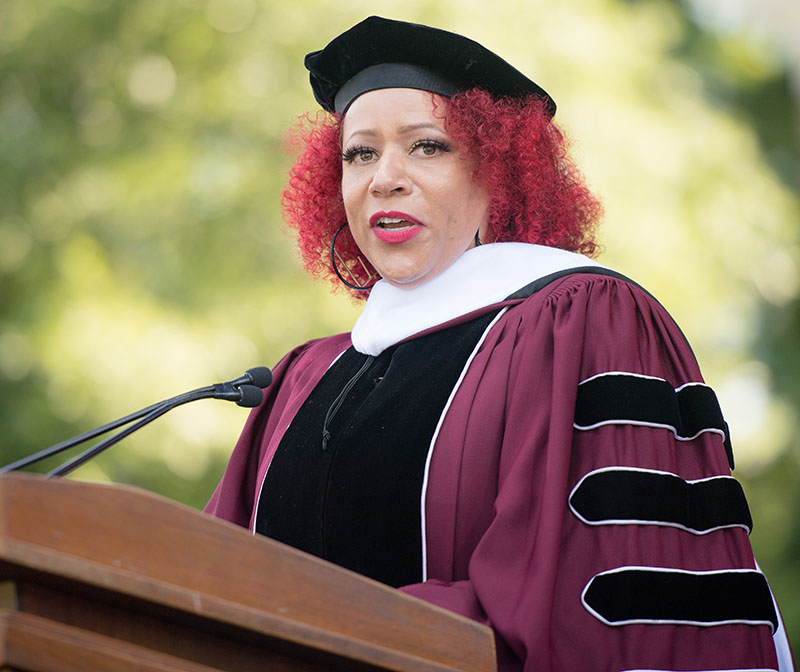 Nikole Hannah-Jones is refusing to teach at the University of North Carolina Chapel Hill after her tenure was blocked following her controversial work on the 1619 Project.

The 1619 Project is named for the year the first African slaves were brought to the English colony of Virginia.

The 1619 Project "aims to reframe the country's history" by declaring the birth of the nation occurred when African slaves first arrived on America's shores.

Scholars criticized the 1619 Project, and even The New York Times disputed the date of the arrival of the first enslaved Africans. 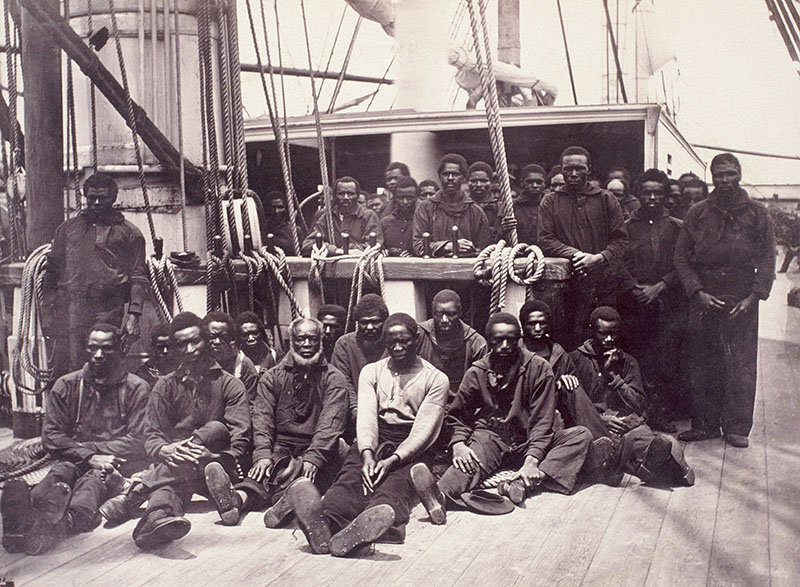 In this historical photo, freed slaves are pictured on the deck of the USS Vermont. The U.S. Navy hired freed slaves during the Civil War in 1861.

Last year, Hannah-Jones was invited to teach at her alma mater the UNC's Hussman School of Journalism as the Knight Chair in Race and Investigative Journalism.

The Knight Chair is usually offered tenure -- a guaranteed permanent teaching position at the school.

The last two Knight Chairs were granted tenure upon their appointments.

However, Hannah-Jones was furious to learn her application for tenure had been rejected by the University Board of Trustees.

Walter E. Hussman Jr., a millionaire news mogul who donated $25 million to the journalism school named after him, was among the donors who objected to Hannah-Jones' hiring.

The donors criticized the validity of the 1619 Project and questioned Hannah-Jones's credentials.

The decision faced backlash from her peers in the new industry, students and athletes, who wrote letters supporting her.