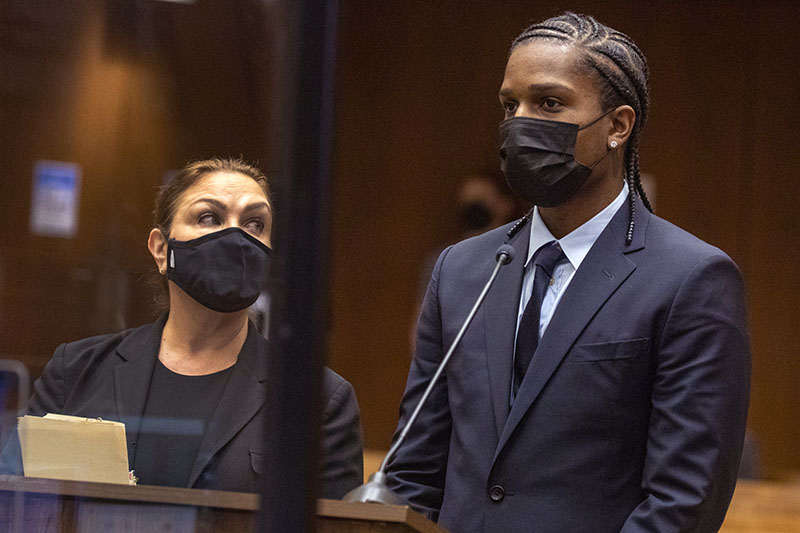 A$AP Rocky claims he is being extorted for $1 million by a former friend who claims he shot at him last year.

"It was an extortion attempt by a former associate, who threatened to make false criminal accusations if Rocky didn't pay him," Tacopina said. 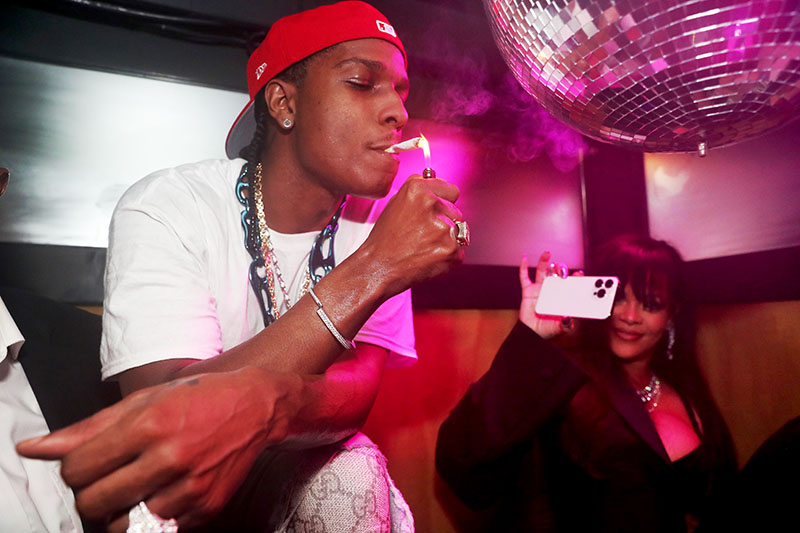 Rocky's baby mama, Rihanna (right), was the one being extorted, since Rocky doesn't have $1 million cash.

Rocky was charged with two felony counts of assault with a semiautomatic firearm. He faces up to four years in jail on each charge if he's convicted. 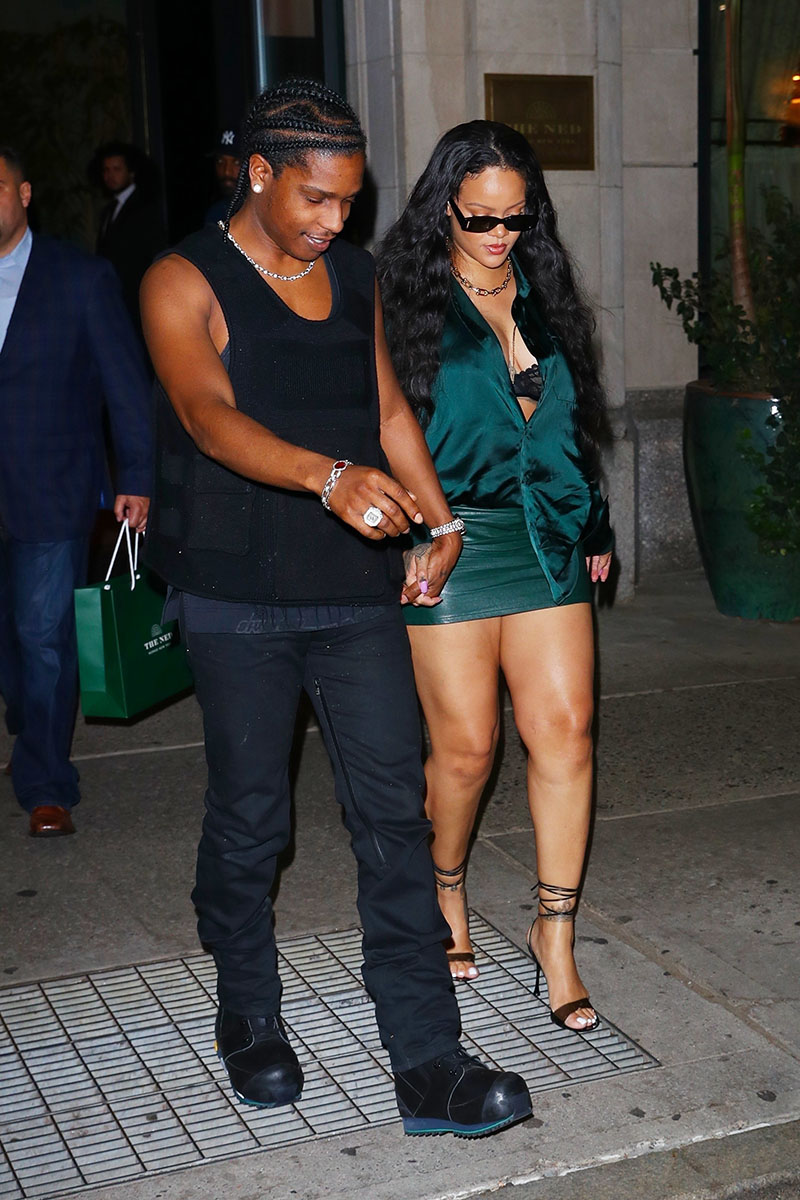 Relli claims he got into an argument with Rocky on the night of November 6, and Rocky fired multiple shots at him. Relli says his hand was hit by bullet fragments.

But Tacopina claims he has eyewitnesses who swear Relli wasn't hit by bullet fragments because no gun was fired. 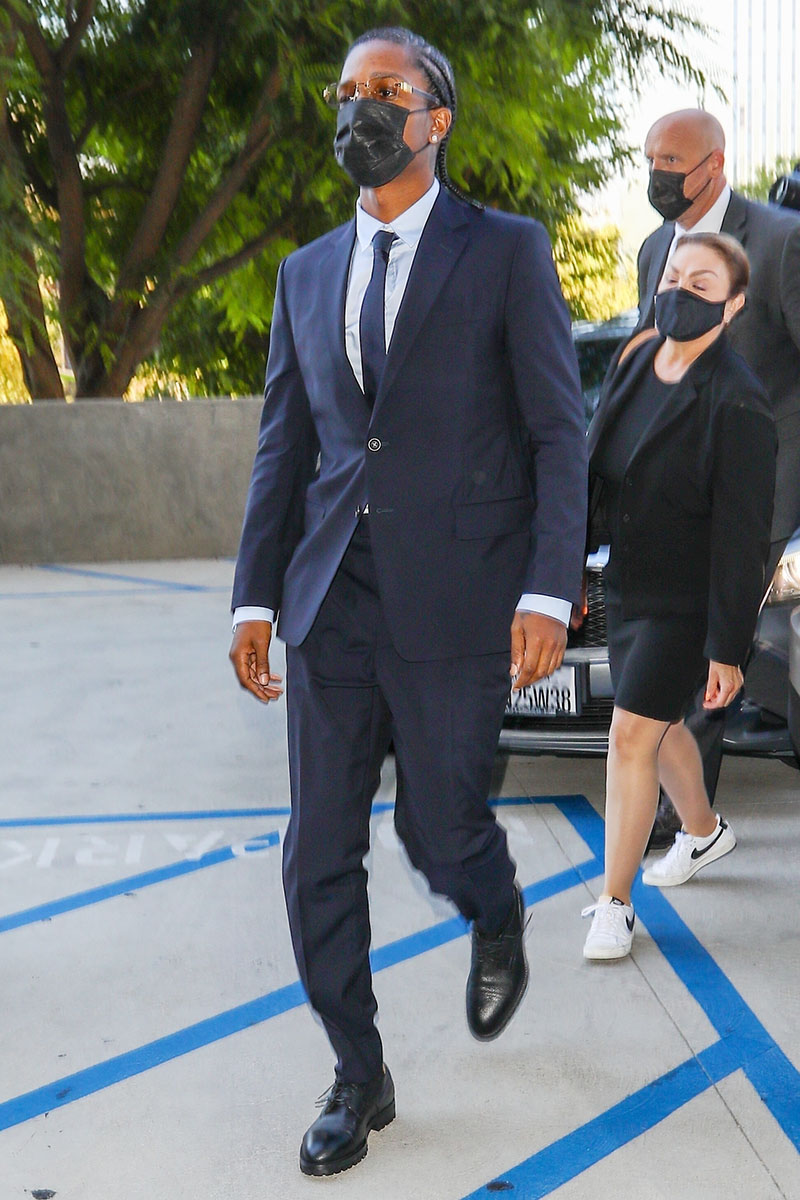 Tacopina told TMZ that he has two eyewitnesses who backed up Rocky's claims that shots were not even fired at Relli.

"What will become abundantly clear in the upcoming months, based on facts and evidence, is that Rocky is innocent of these charges," he said.

During a hearing on Friday, the judge continued a protective order against Rocky. But he ordered Relli not to attack or harass Rocky and to stay 100 yards away from him - because Rocky's life "is also in danger." 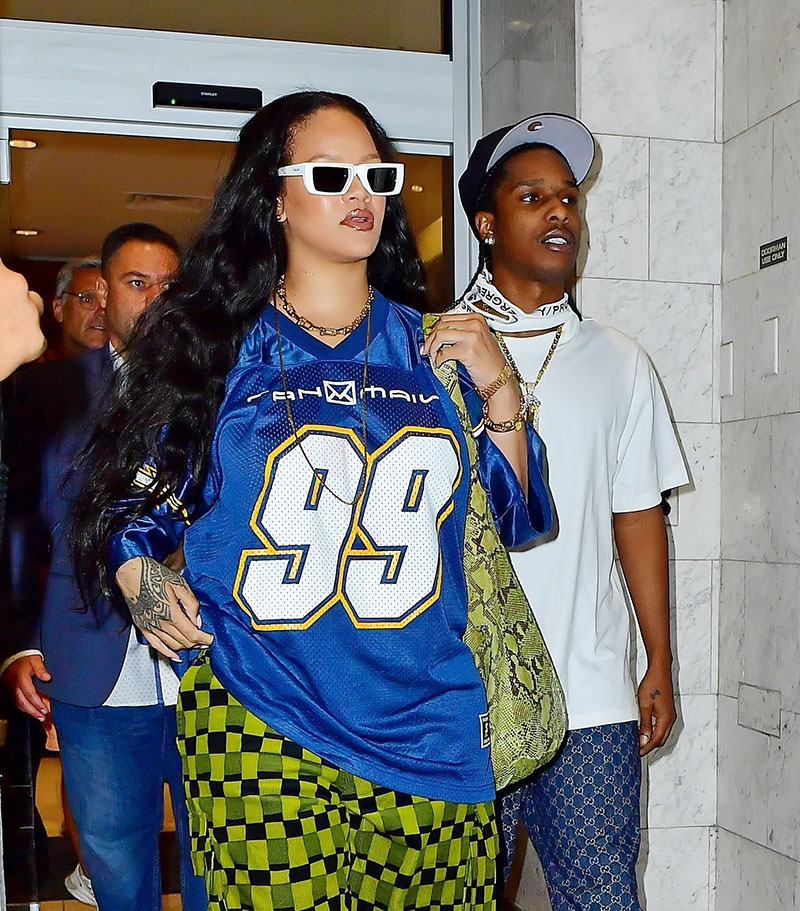 A rumor is sweeping the blogs that Rihanna offered to pay ASAP Relli millions of dollars to make A$AP Rocky's assault charges go away. 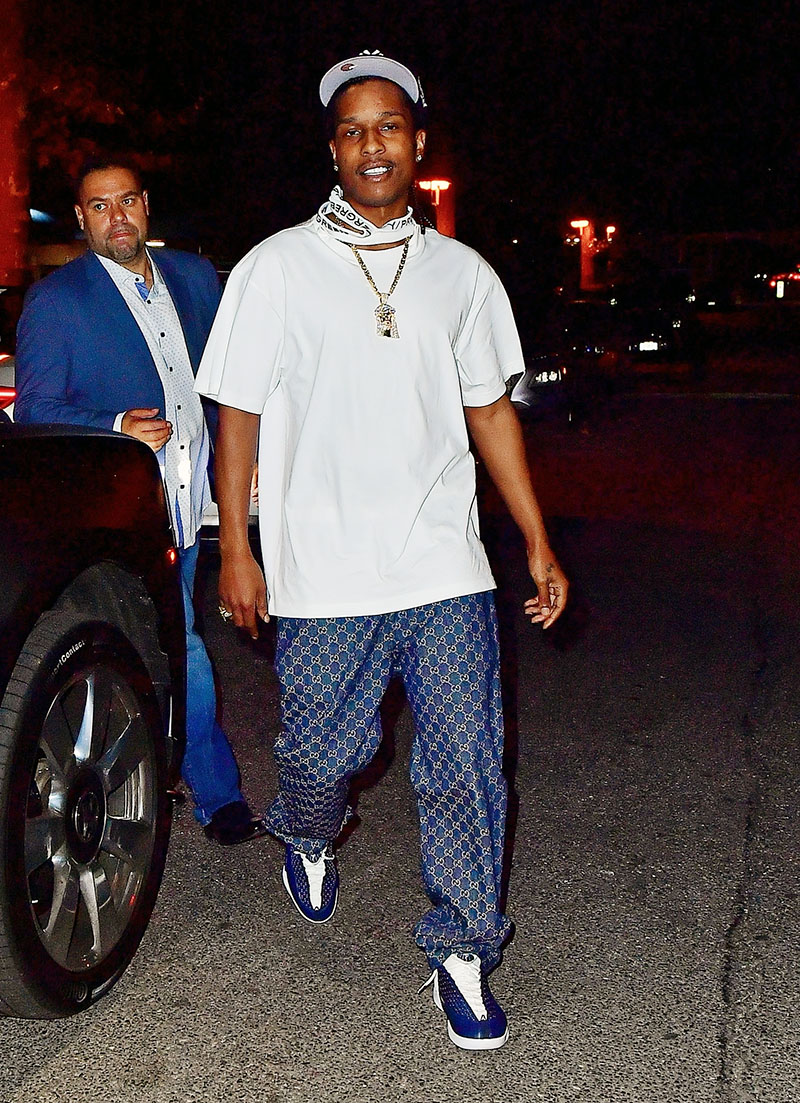 Relli told police Rocky (pictured) pointed a semi-automatic handgun at him and fired the gun in his direction in Hollywood last November. But he missed his target.

Rocky appeared in a Los Angeles courtroom last week where he pleaded not guilty to two counts of assault with a firearm. 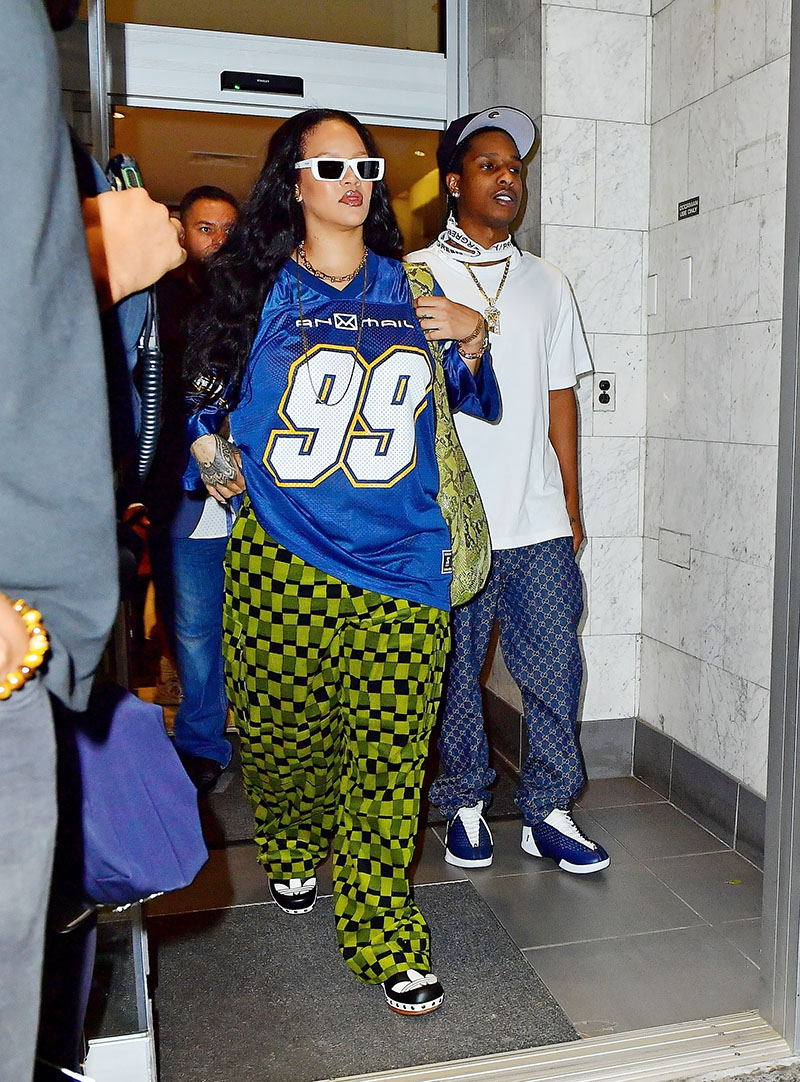 On Monday, Aug. 15, the Los Angeles district attorney charged Rocky with felony assault with a firearm. 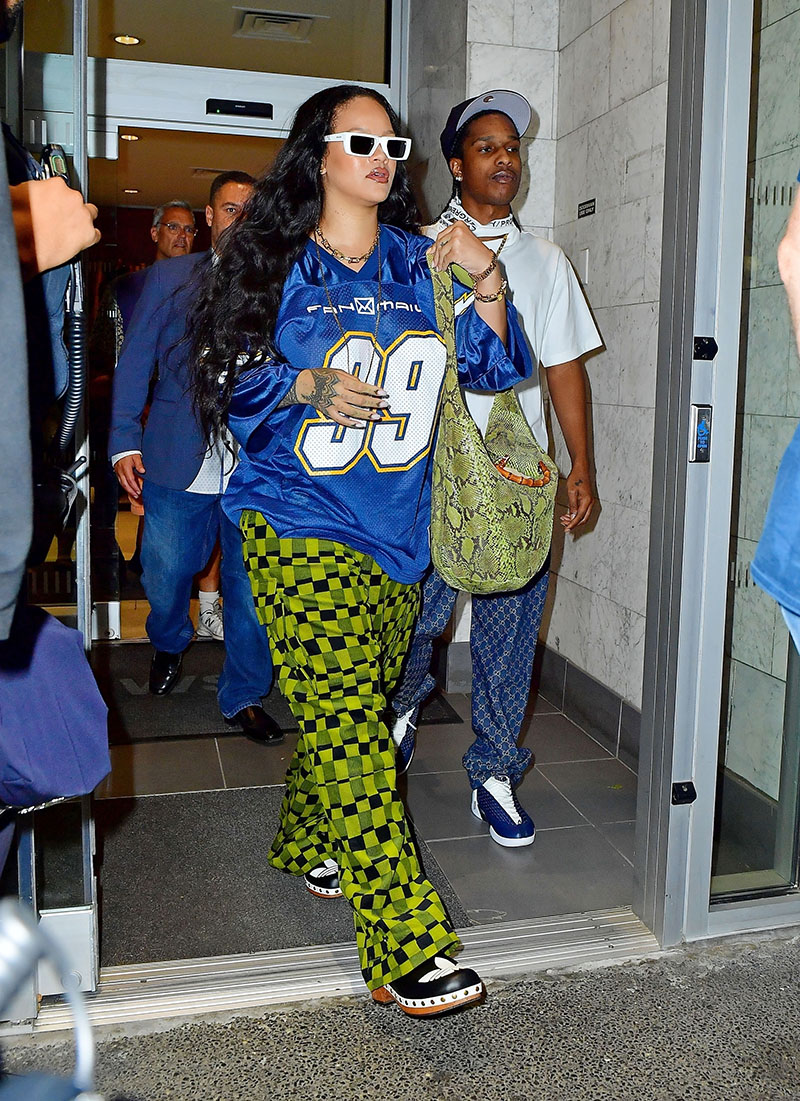 Now there are reports that Rihanna is trying to save her baby daddy from going to prison by paying off Relli.

But even if Relli dropped the charges (in exchange for cash), the prosecutor can still try A$AP Rocky in court if there are other witnesses to the crime.

Paying off the accuser only works in the movies.

And if word gets to the prosecutor that Relli accepted a payoff in exchange for his silence, Relli could face charges himself.

Don't believe everything you read on the Internet. 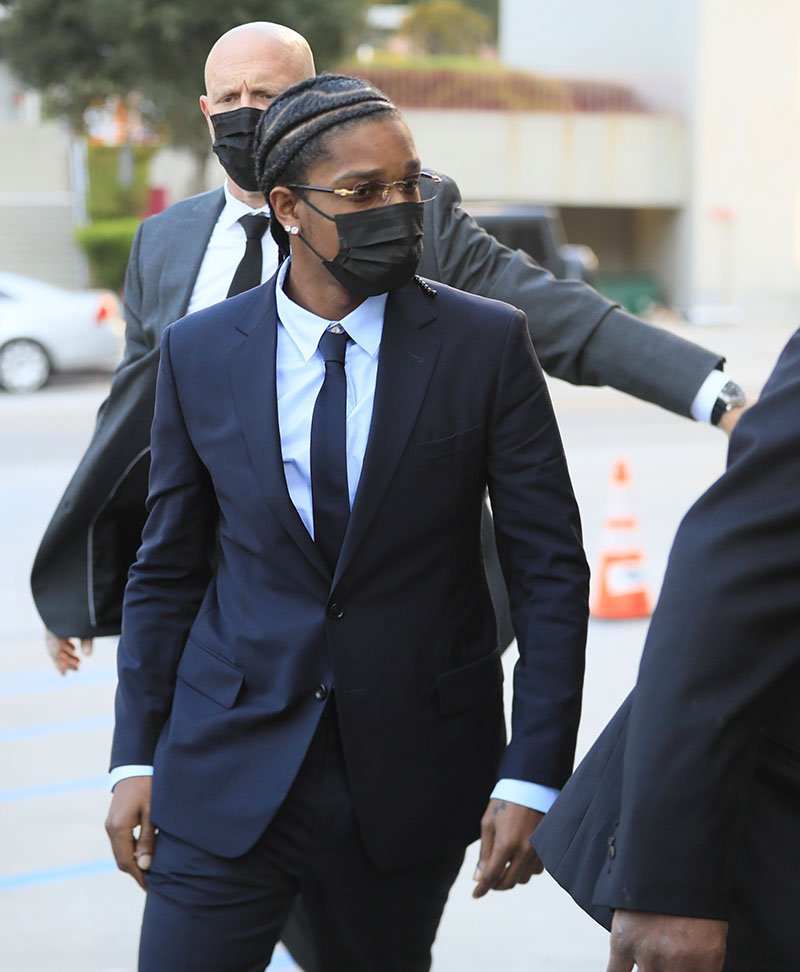 A$AP Rocky appeared in a Los Angeles courtroom where he pleaded not guilty to two counts of assault with a firearm.

Relli told police Rocky pointed a semi-automatic handgun at him and fired the gun in his direction.

Rocky, 33, was arrested in April and charged with assault with a deadly weapon. He was released on $550,000 bond.

On Monday, Aug. 15, the Los Angeles district attorney charged Rocky with felony assault with a firearm. 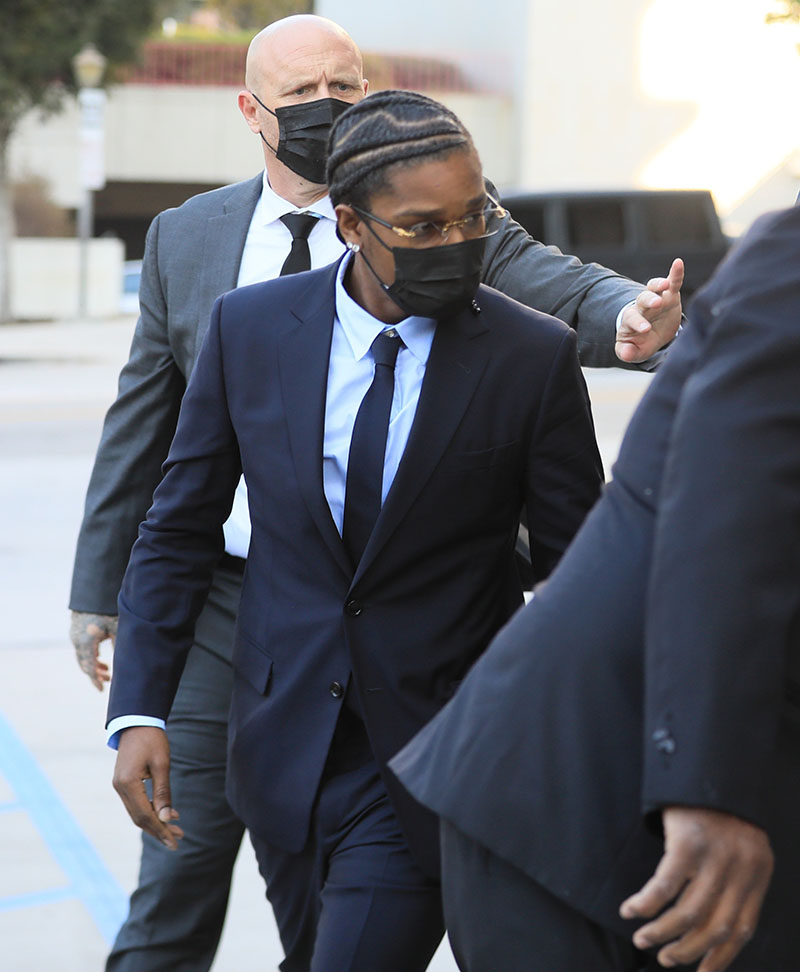 Rocky, whose real name is Rakim Mayers, wore a suit and freshly braided hair as he arrived at a Los Angeles courthouse.

A$AP Rocky leaving LA courthouse after pleading not guilty to November shooting of former friend on street in Hollywood. pic.twitter.com/CFqY1pK7UK

Lawyers for Relli said Mayer's behavior was "extreme and outrageous" and had caused their client to suffer "extreme emotional distress". 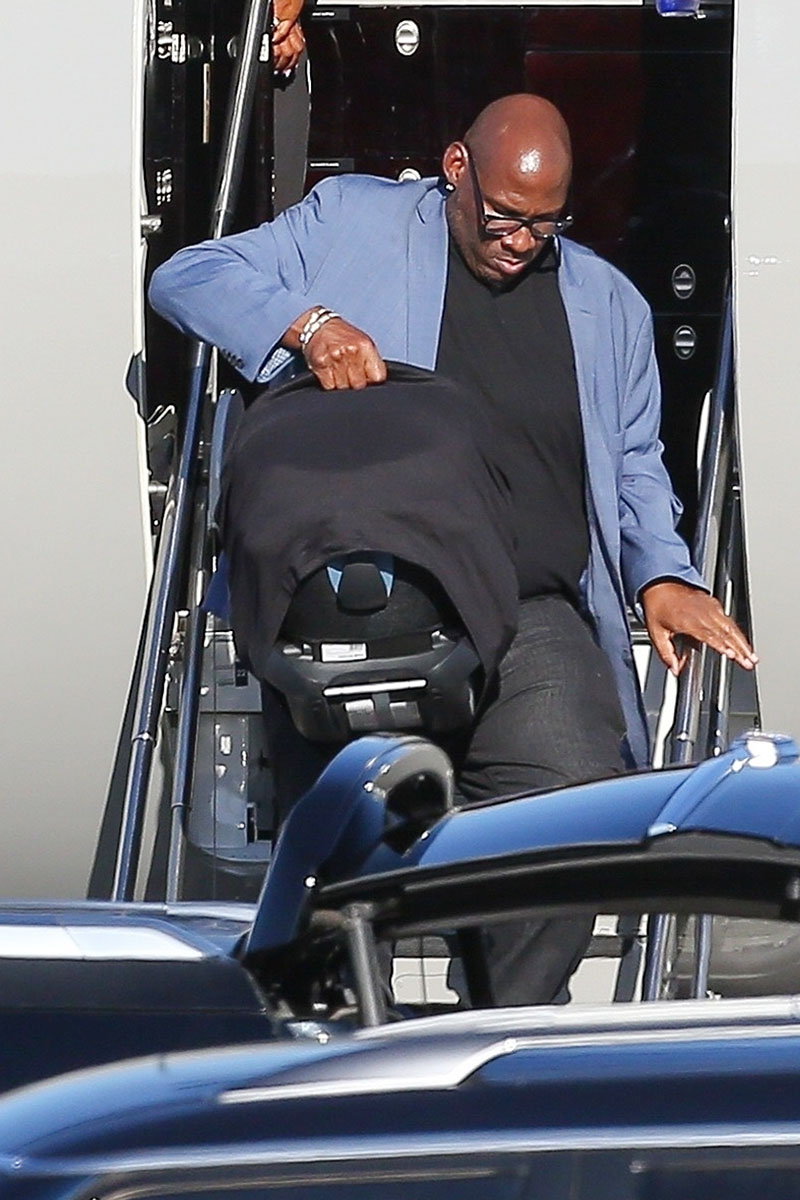 Rihanna and Rocky arrived on their private jet as they returned to Los Angeles for his court date. A bodyguard carefully carried the baby in a car seat before A$AP walked off the plane with Rihanna close behind him.

Rihanna and Rocky live in her native Barbados with their son.