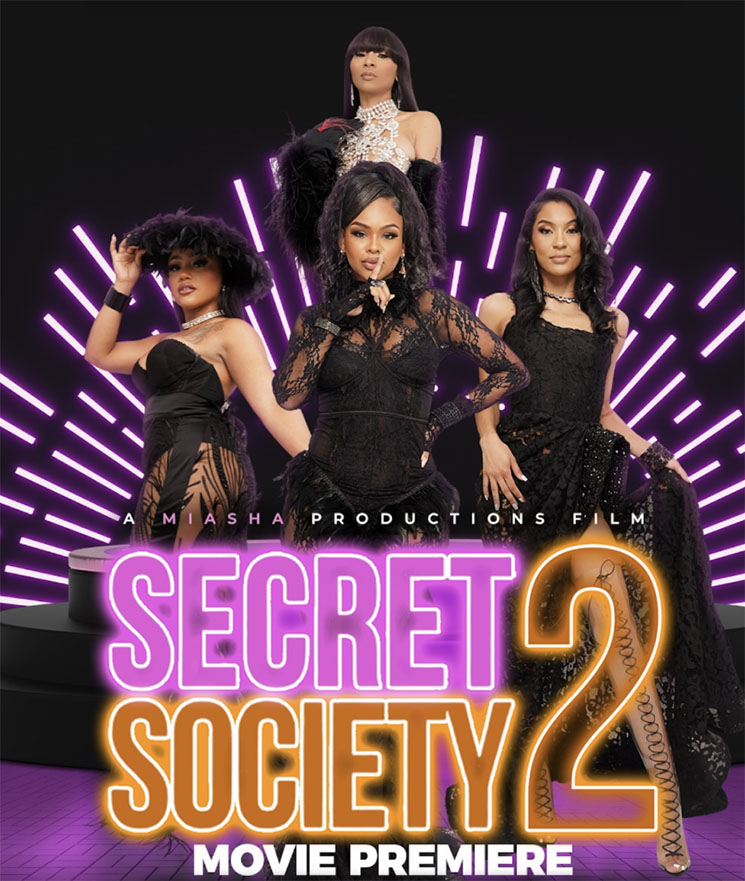 From gold digger to being thrown under, Celess (Reyna Love) is making her rounds to prove her loyalty to the game with bestie Si Si (Adejah Parrish). It's not a matter of if your past will catch up to you, it's when! In this fast-paced, edge of your seat sequel to 2021's movie of the year, viewers are in for even more twists than before. Celess is back outside! With a newfound hunger and a bestie, Si Si, to eat with she wastes no time filling her plate. She and Si Si climb the ranks of young Hollywood and are on the brink of making it big but that's when they learn the 'bigger you are the harder you fall' – especially when your past is tugging at your Louboutins. Picking up where Secret Society left off, Secret Society 2's fashion, drama, and plot twists all set out to prove one thing and that is in Celess' world of love versus pain, it's Never Enough.

Coming to Amazon Prime July 29th in the U.S. and the UK.