END_OF_DOCUMENT_TOKEN_TO_BE_REPLACED

The Internet is buzzing about the upcoming "celebrity" boxing match between disgraced rapper DMX and child killer George Zimmerman on March 1. The fact that anyone considers Zimmerman to be a celebrity is nauseating. The fact that urban blogs are covering this story with apparent amusement is shameful.

The fact is, any boxing match involving Zimmerman will almost certainly be a fraud.

END_OF_DOCUMENT_TOKEN_TO_BE_REPLACED

Former celebrity stylist Tameka Raymond may be divorced from R&B hottie Usher Raymond, but, after all, she is still a woman.

The 40-something entrepreneur tweeted her admiration of her ex's abs on her timeline yesterday. She quickly retreated when Twitter followers accused her of obsessing over Usher.

@Mrs_LsE_Esq People are hilarious... it was just an observation. You know theyre over thinking it. I mean, I did marry him twice.......

END_OF_DOCUMENT_TOKEN_TO_BE_REPLACED

This is one of those rumors that you know is silly as soon as you read it. Vivica A. Fox's ex-boyfriend Omar "Slimm" White is dating someone in the industry, but she isn't Floyd Mayweather's fiancee Shantel Jackson (Slimm can do so much better than her).

END_OF_DOCUMENT_TOKEN_TO_BE_REPLACED

Tsarnaev and bombing suspect #2, Dzhokhar A. Tsarnaev, 19, both entered the country legally. They lived in Cambridge, MA, near Boston, for about a year.

According to Slate.com, photographer Johannes Hirn created this photo essay of Tsarnaev, who was a trained boxer and competed in the National Golden Gloves competition in Salt Lake City, UT.

END_OF_DOCUMENT_TOKEN_TO_BE_REPLACED 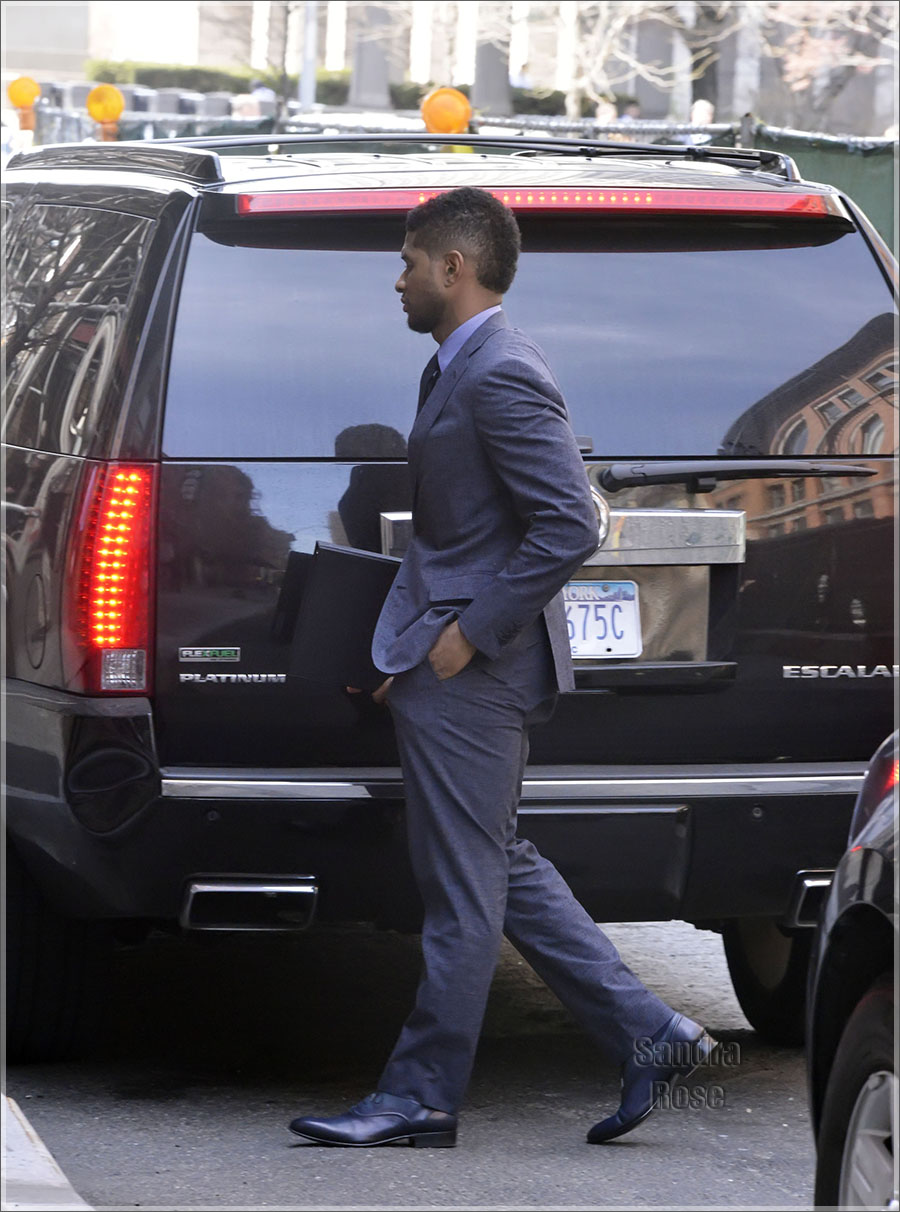 R&B crooner Usher Raymond was seen arriving at his downtown NY hotel today. He was dressed smartly in a blue suit and matching shoes. Usher's ex-wife Tameka Raymond was once again fodder for the blogs when her 4-year-old son, Naviyd, snapped a photo of his genitals and allegedly uploaded the image to his mother's Instagram page. When Tameka was alerted to the photo, she deleted the image and replaced it with one of the little boy in tears -- presumably after she'd placed him in time out.

The photos touched off an outcry on social media from users who assumed the boy was with his father when he snapped the inappropriate photo. The question became: was Naviyd imitating his father? But Usher took to his Twitter account to proclaim his innocence. "Tameka," he tweeted, indicating that Naviyd was with his mother when the incident occurred.
Photo: TNYF/WENN.com

END_OF_DOCUMENT_TOKEN_TO_BE_REPLACED

Multiple news agencies are reporting that Camacho, 50, was shot in the face and neck as he sat in the passenger seat of a Ford Mustang in the Bayamon region, southwest of the capital of San Juan. The driver of the Ford was killed in the drive by shooting.

Camacho was transported to San Juan Medical Center, where he is listed in critical condition. Doctors said the bullets did not enter his brain, but he is not expected to live. Earlier tonight, a rumor circulated online that Camacho had died from his injuries.

END_OF_DOCUMENT_TOKEN_TO_BE_REPLACED

50 Cent wants you to know that he is no longer in partnership with boxer Floyd Mayweather. The fading rapper made the announcement in a tweet on Twitter.com. There was a time when Fiddy and Floyd were inseparable. The two men broke bread together -- literally and figuratively. But not any more.