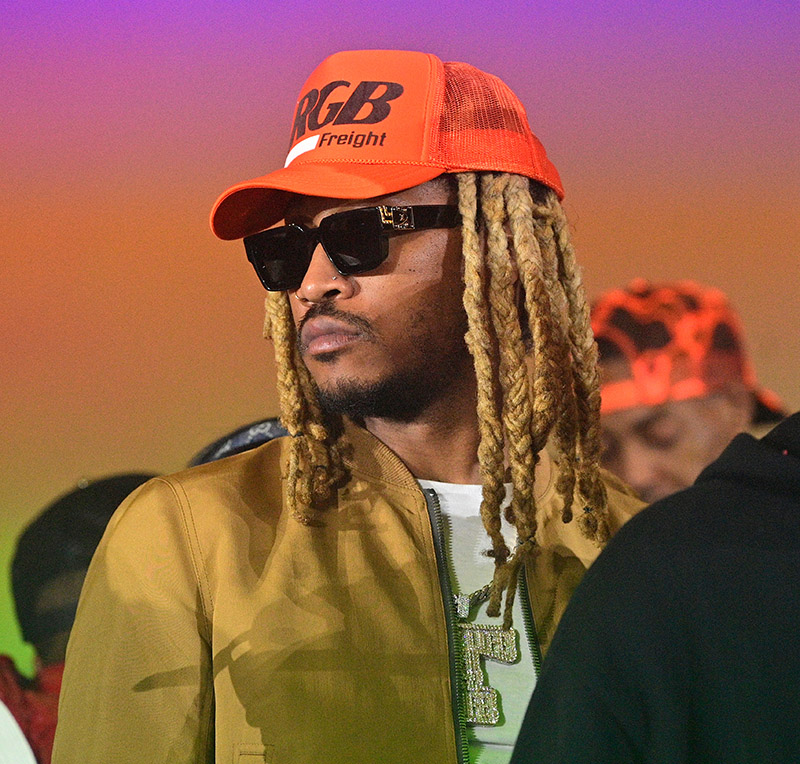 Dr. Anthony Fauci, who leads the U.S. government's response to the coronavirus, confirms he is getting death threats for his doomsday coronavirus estimates.

The immunologist, who served as the director of the National Institute of Allergy and Infectious Diseases since 1984, was issued bodyguards after he received death threats for his doomsday predictions that millions will die from the virus that causes Covid-19.

Fauci, who is accused of overhyping the coronavirus to stay in front of cameras, confirmed he received "disturbing messages" from Americans who want the country reopened after losing their jobs.

Fauci appeared pale and exhausted as he spoke during a White House press briefing on Tuesday. When asked why his voice was hearse, Fauci said he has given too many interviews.

"I've chosen this life," Fauci told NBC 'Today Show' host Savannah Guthrie. "We have a really, really very difficult situation ahead of us. All that other stuff is secondary," he said, before adding he is physically fine.

Millions of Americans have lost their jobs and millions more will be on the unemployment lines in the coming weeks. A record 10 million Americans filed for unemployment benefits in the last 3 weeks.

There are as many Fauci critics as there are admirers. Some believe he is enjoying the media attention.

"How is he working [on] the issue when all he's doing is giving interviews and going on talk shows?" wrote one Daily Mail reader in the comments section.

Another commenter wrote: "stop relying on a little man with a huge EGO for your information. Research your questions online for FREE."

And a third wrote: "Maybe if he didn't step in front of every microphone [scaring] people might help the problem." 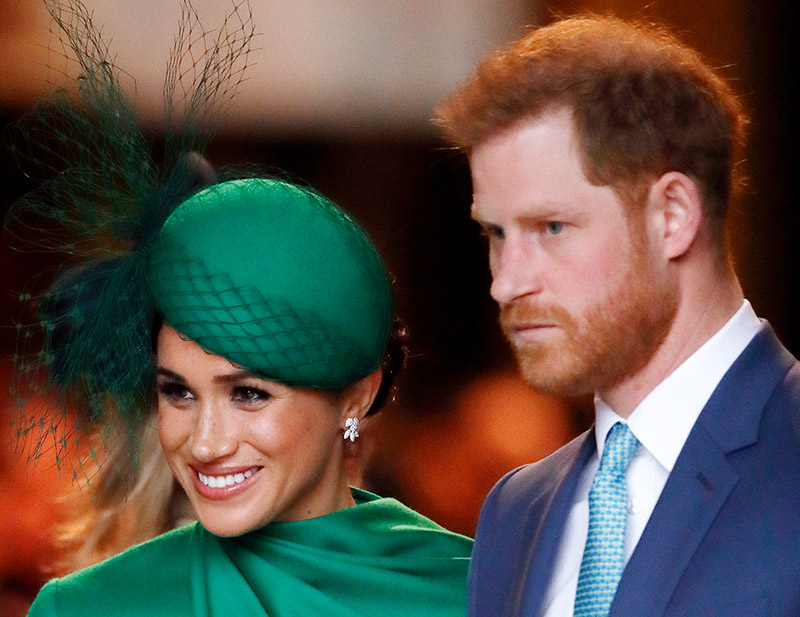 Prince Harry and his wife Meghan Markle will have to foot the bill for their own security while living in the U.S., President Donald Trump announced.

The former royal couple fled Canada for California after Canadian officials declined to cover the exorbitant costs of their 24-hour security.

Harry and Meghan officially stepped back as senior members of the royal family at the end of March. They reportedly abandoned their temporary home on Vancouver Island, Canada for a more permanent home in California.

Harry and Meghan had been living under the watchful eye of British security guards and the Royal Canadian Mounted Police while in Canada, part of the Commonwealth of Nations.

But in a Twitter post on Sunday, Trump made it clear they will receive no financial help from the feds to pick up the security tab, which is estimated to cost millions of dollars every year.

He wrote, "I am a great friend and admirer of the Queen & the United Kingdom. It was reported that Harry and Meghan, who left the Kingdom, would reside permanently in Canada. Now they have left Canada for the U.S., however, the U.S. will not pay for their security protection. They must pay!"

The royals have yet to comment on Trump's announcement.

Harry and Meghan previously explained they stepped away from their royal duties to lead a more private life with their baby son, Archie. But friends say Meghan desperately wants to return to acting.

Offset and his brethren Takeoff and Quavo of rap group Migos are so terrified for their lives that they've hired Secret Service level security to protect them during the big NBA All-Star Weekend in Los Angeles.

END_OF_DOCUMENT_TOKEN_TO_BE_REPLACED 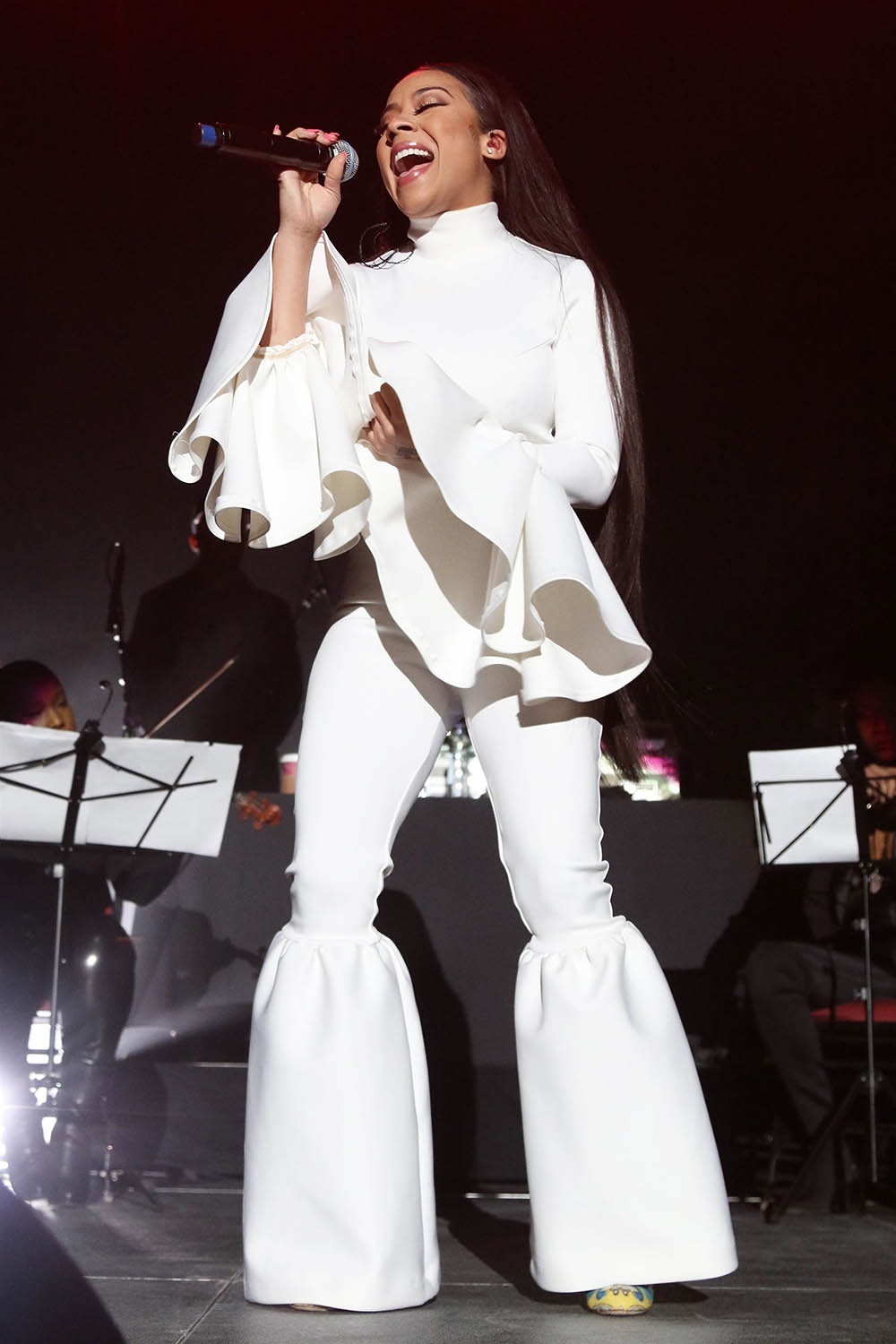 END_OF_DOCUMENT_TOKEN_TO_BE_REPLACED

Bella Hadid rushed to the defense of a female photographer who was shoved by her security guard.

The 20-year-old model was swarmed by photogs after she walked in the Michael Kors runway show during New York Fashion Week on Wednesday, Sept. 13 in NYC.

END_OF_DOCUMENT_TOKEN_TO_BE_REPLACED 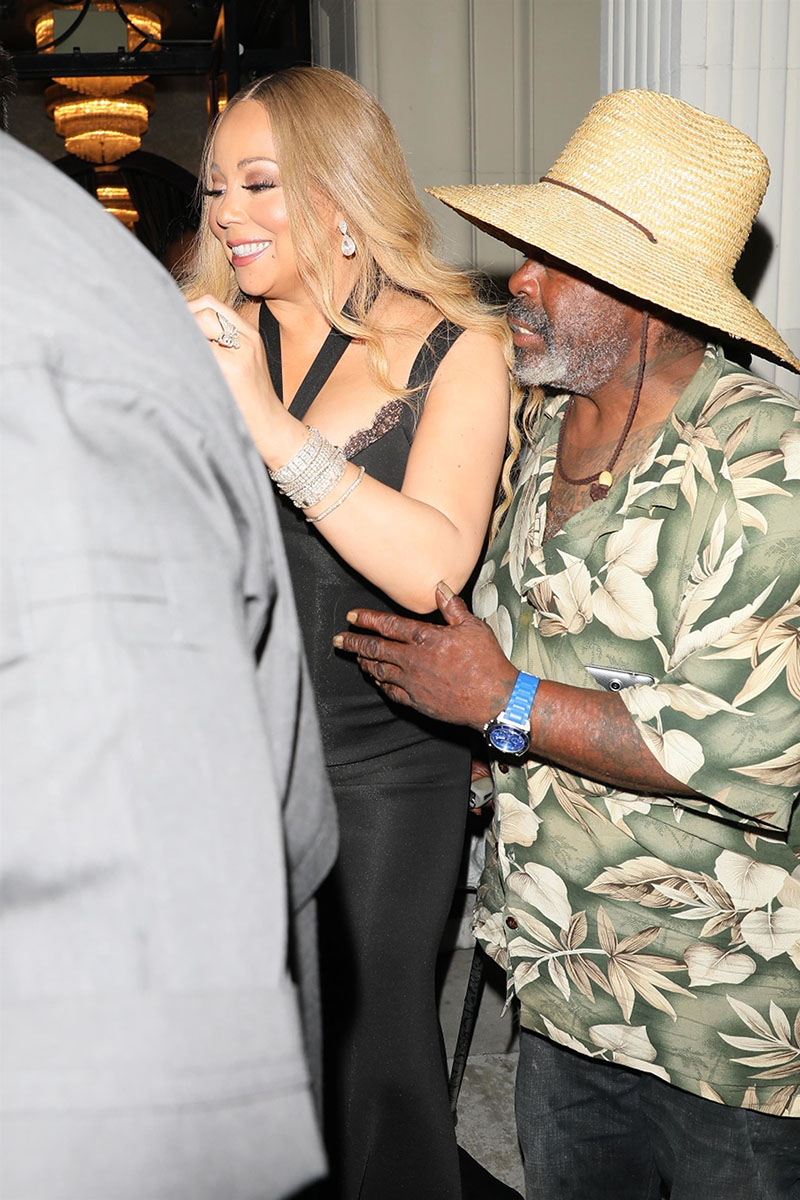 Security experts say one of the cardinal sins in their field is allowing unauthorized persons to get too close to the person they are protecting. Mariah Carey's bodyguards displayed an inexcusable lapse in security after they allowed a random fan to touch the Diva.

END_OF_DOCUMENT_TOKEN_TO_BE_REPLACED

When socialite Kim Kardashian returns to the celebrity spotlight tonight, she will be better protected than first lady Michelle Obama.

The NY Daily News reports that the 36-year-old reality star will make her first public appearance since her high-profile robbery in Paris on Monday night. But she won't be alone.

END_OF_DOCUMENT_TOKEN_TO_BE_REPLACED

Beyonce Knowles and her husband Shawn Carter, aka Jay Z, stepped out in NYC surrounded by a phalanx of heavily armed bodyguards on Tuesday. Bey and Jay aren't taking any chances after singer Christina Grimmie, 22, was shot and killed by a deranged fan in Orlando last week. If there's one thing Beyonce knows about, it's deranged fans.

END_OF_DOCUMENT_TOKEN_TO_BE_REPLACED

It cost American taxpayers $1.4 billion to protect President Barack Obama and his family in 2015. It will cost nearly that to protect Facebook CEO Mark Zuckerberg over the next decade.

Fortune.com reports Facebook paid $4.3 million to a security force to protect Zuckerberg in 2015. The social networking giant has already shelled out millions more in 2016.