Another bold name rapper has come out in support of President Donald Trump for re-election. Lil Wayne shocked his fans by announcing he is voting for Trump in a tweet on Thursday, Oct. 29.

Weezy, whose Twitter handle is @LilTunechi, wrote: "Just had a great meeting with @realdonaldtrump @potus besides what he's done so far with criminal reform, the platinum plan is going to give the community real ownership. He listened to what we had to say today and assured he will and can get it done."

Trump's platinum plan promises $500 billion in economic, education, and financial investments in Black communities over the next 5 years.

Wayne's endorsement gives Trump a big boost five days before Americans go to the polls to choose their nation's leader on Nov. 3.

The rapper shared a photo of himself meeting the President, giving him the thumbs up for his attempts to reform criminal justice in America.

Another influential rapper, Ice Cube has also worked on the platinum plan with members of Trump's team, but he made it clear he is not endorsing Trump for another four years in office.

Trump also has the support of fellow rappers Lil Pump and 50 Cent (despite what his ex Chelsea Handler has said).

This was the very last thing I expected to see today

Wayne BEEN a c00n. This is not surprising

Wow... this is SO DISAPPOINTING.

Funny he was never accused of being a white supremacist before. And pretty sure he was active in supporting the black community before he was president. So who is lying?

Yeah he's such a white supremacist that he let Jennifer Hudson stay in his hotel for free after her mother was murdered. Wanna look at a list of the Democrats and Biden's racism for the past 50-250 years? 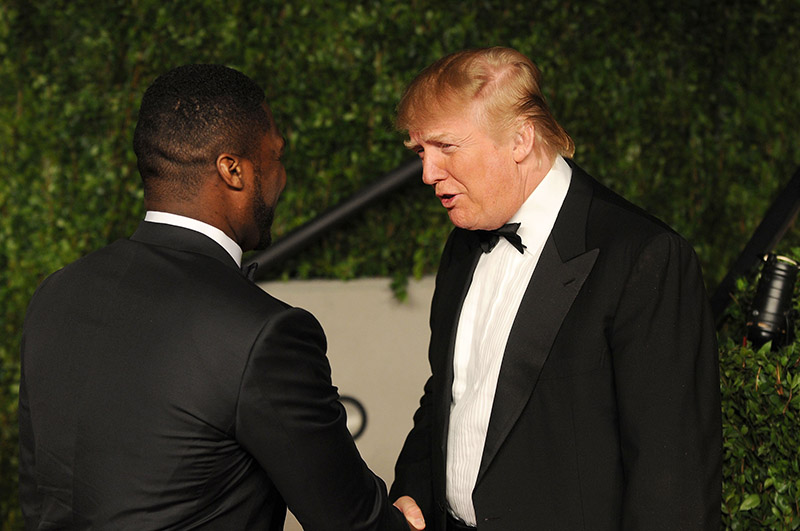 50 Cent's black card was revoked and he was unanimously canceled by Black Twitter after he endorsed his friend Donald Trump in the upcoming presidential election.

The fallout continues after the rap mogul announced he was voting for Trump due to challenger Joe Biden's insane tax plan.

Fiddy was outraged that Biden plans to hike the tax rate in New York to 62%.

The reaction on social media was swift. Outraged L.A.-based Civil rights activist Najee Ali, director of Project Islamic Hope, canceled his Starz subscription and urged everyone to cancel their Starz subscriptions as well.

50 Cent is executive producer of the drama series "Power" on Starz.

Ali blamed Trump for the weakening coronavirus pandemic and called the president a "racist".

"Trump is a racist president who has never condemned white supremacy but embraced it," Ali wrote on his website. "For "50 Cent" to openly embrace a racist like Trump sends a horrible message. I refuse to support "50 Cent" or any celebrity whose endorsement of Trump is more important than the health and welfare of Black people."

Black Twitter also sounded off on 50 Cent and other Black notables who support Trump.

One Black Twitter user wrote: "Men like Kanye West, Ice Cube, and 50 Cent aren't Black leaders, they are nothing more than opportunistic puppets who would sell their own people into slavery for a profit."

Men like Kanye West, Ice Cube, and 50 Cent aren't Black leaders, they are nothing more than opportunistic puppets who would sell their own people into slavery for a profit. They offer nothing tangible to society; these men should be ignored & discarded to the dustbin of history.

I say, he just got his PATRIOT card.

And Larry Elder tweeted: "When it comes to taxes, it looks like 50 Cent pretty quickly figured out that he doesn't want to pay 50 percent. #Trump2020."

END_OF_DOCUMENT_TOKEN_TO_BE_REPLACED

A 26-year-old woman has made it her mission to educate young women on Twitter.com about diet/detox teas endorsed by multiple celebrities on the Internet.

END_OF_DOCUMENT_TOKEN_TO_BE_REPLACED

Back in March, your auntie told you that comedic actress Tiffany Haddish was honored with her very own bottle of Lawry's seasoned salt. But some of you were not happy.

END_OF_DOCUMENT_TOKEN_TO_BE_REPLACED

Cardi B is teaming up with Reebok to push the sportswear giant's line of Aztrek sneakers along with some of its apparel, according to published reports.

END_OF_DOCUMENT_TOKEN_TO_BE_REPLACED 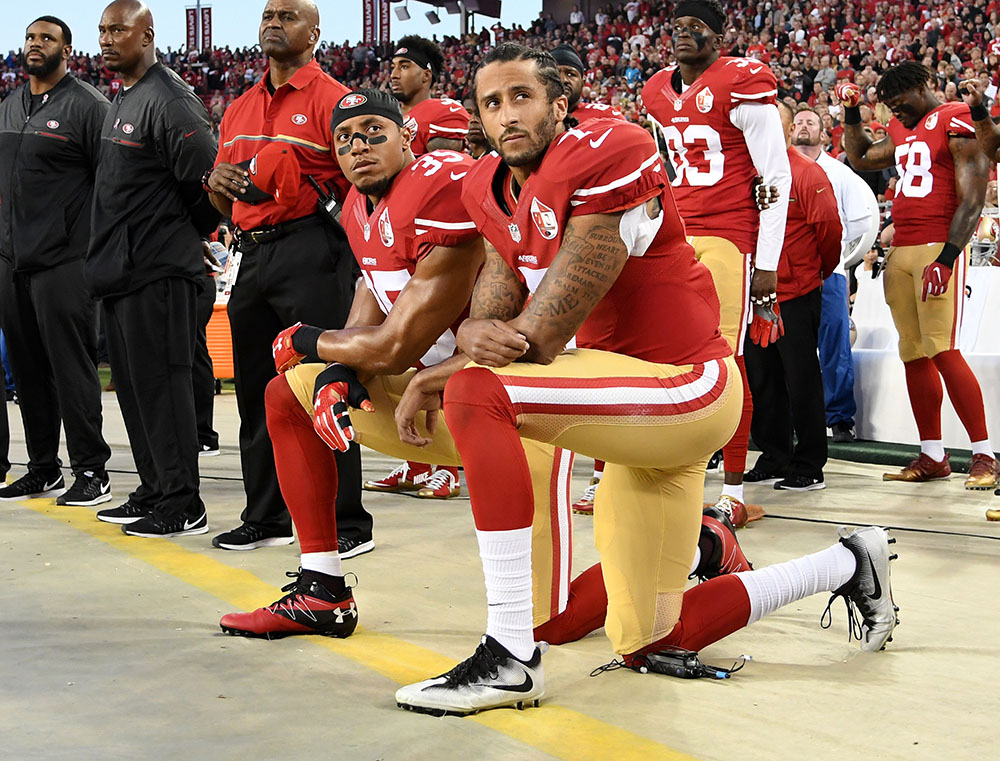 Adidas has expressed interest in signing unemployed NFL quarterback Colin Kaepernick to an endorsement deal. But there's a catch: a NFL team has to sign him first.

END_OF_DOCUMENT_TOKEN_TO_BE_REPLACED

The Federal Trade Commission issued strong warnings to celebrities and influencers who peddle products on social media in exchange for cash.

The FTC warned celebrities that they must disclose the compensation they receive in return for peddling products on social media such as Instagram or Twitter.com.

END_OF_DOCUMENT_TOKEN_TO_BE_REPLACED

The judge also told Johnson to make her own monthly payments on the Mercedes Benz Griner gifted to her.