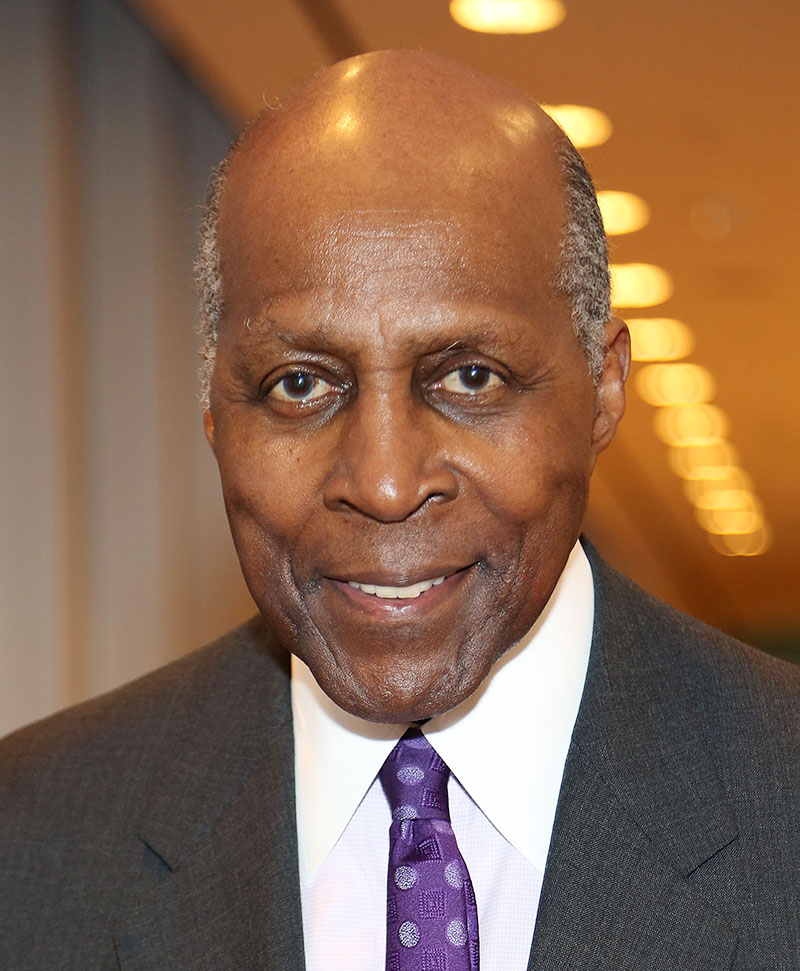 Civil rights activist Vernon Jordan passed away on Monday, according to a statement from his family. He was 85.

Jordan was a power broker and an influential figure in American politics. He was a former president of the National Urban League and was a close advisor and counselor to President Bill Clinton.

Jordan, who was born and raised in Atlanta, Georgia, was rejected for a summer internship with an insurance company after his sophomore year in college because of his race.

Jordan graduated from DePauw University in Greencastle, Indiana, in 1957. He was the only Black student in a class of 400.

He received a J.D. degree from Howard University School of Law in 1960.

Jordan returned to Atlanta, where he rose to prominence as a civil rights activist after joining the law office of Donald L. Hollowell.

The law firm sued the University of Georgia for racial discrimination in its admission policies. The suit was settled out of court when the school agreed to admit two Black students, Charlayne Hunter and Hamilton E. Holmes.

Jordan personally escorted Hunter past a group of angry white protesters to the university admissions office.

After leaving private law practice in the early 1960s, Jordan was named the Georgia field director for the National Association for the Advancement of Colored People (NAACP).

In 1970, Jordan became executive director of the United Negro College Fund (UNCF). He served as president of the National Urban League from 1971 to 1981.

On May 29, 1980, Jordan was shot and seriously wounded while accompanied by a white woman, Martha Coleman, outside the Marriott Inn in Fort Wayne, Indiana.

He was visited in the hospital by then-president Jimmy Carter. The visit was the first story ever covered by the new cable network CNN.

Joseph Paul Franklin, a white man, was acquitted in 1982 of charges of attempted murder. He later admitted he was the shooter. Franklin was convicted of several murders and received six life sentences, as well as two death sentences. He was executed by lethal injection in 2013 at age 63.

Jordan leaves behind his second wife, Ann Jordan, and a daughter from his first marriage, Vickee Jordan Adams, in addition to nine grandchildren, seven by Ann Jordan's three children, Janice, Mercer, and Toni.

A DeKalb County businessman has agreed to sell his gas station after a clerk was caught on camera yelling that he hates the Black community.

The incident happened in mid October at a Exxon gas station on Flat Shoals Road in east Atlanta.

A customer filmed the clerk yelling "I don't give a f*&k about the black neighborhood, okay?" The incident caught the attention of activist Joe Jones who organized a protest outside the station that lasted more than 60 days.

"We sent a clear message that we will no longer tolerate disrespect," Jones told CBS 46 News. The owner, Rahim Sivji apologized, but the protests continued because of alleged racist incidents at the same gas station in the past.

"It is, in fact, a privilege to get Black dollars," Jones said.

Sivji told CBS46 he made the decision to sell the store because he feared for his life.

"They tried to put me out of business," Sivji said in a phone call with CBS46. He added that he lost 70% of his revenue due to the protest.

"It got to the point over here where I'm just thinking either its -- I have to save my life or save my store. I said, okay... hell with my store, I want to say my life."

Sivji signed an agreement to sell the gas station with an option for Jones to buy it for $5 million.

Jones launched a GoFundMe page that raised over $2,000 of a $5 million goal.

He is pleased that the owner agreed to sell. "You know, this is a perfect opportunity to take this situation and try to promote, uh, a situation of Black ownership," Jones said.

An arrest has been made in the strangulation death of 75-year old Sadie Roberts-Joseph whose body was found in the trunk of her car parked about three miles from her home, Crimeonline.com reports.