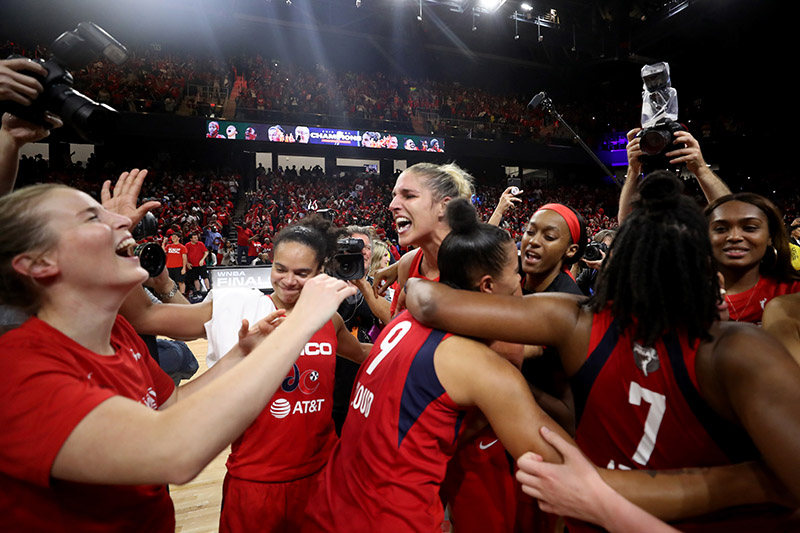 The Mystics, led by Emma Meesseman and injured league MVP Elena Delle Donne, defeated the Connecticut Sun 89-78 in Game 5 of the WNBA Finals. 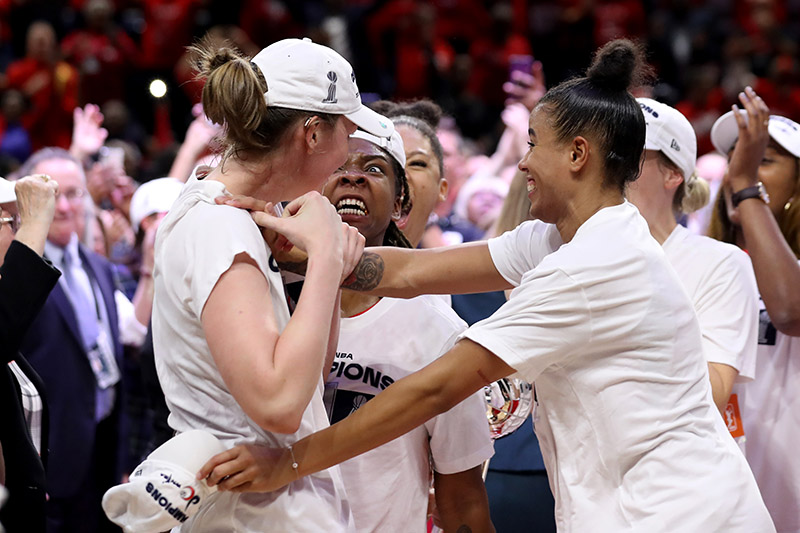 Emma Meesseman (L), the 6 ft 4 in Washington Mystics center, celebrated with teammates before the Mystics popped bottles of champagne in the locker room.

Meesseman, 26, who played for the Belgian National team last year, was named the Finals MVP. She averaged 17.8 points off the bench for the series and scored a team-high 22 points in the championship win.

Delle Donne, 30, who was hobbled by a herniated disc in her back, added 21 points.

The Mystics held the league's best record going into the playoffs.