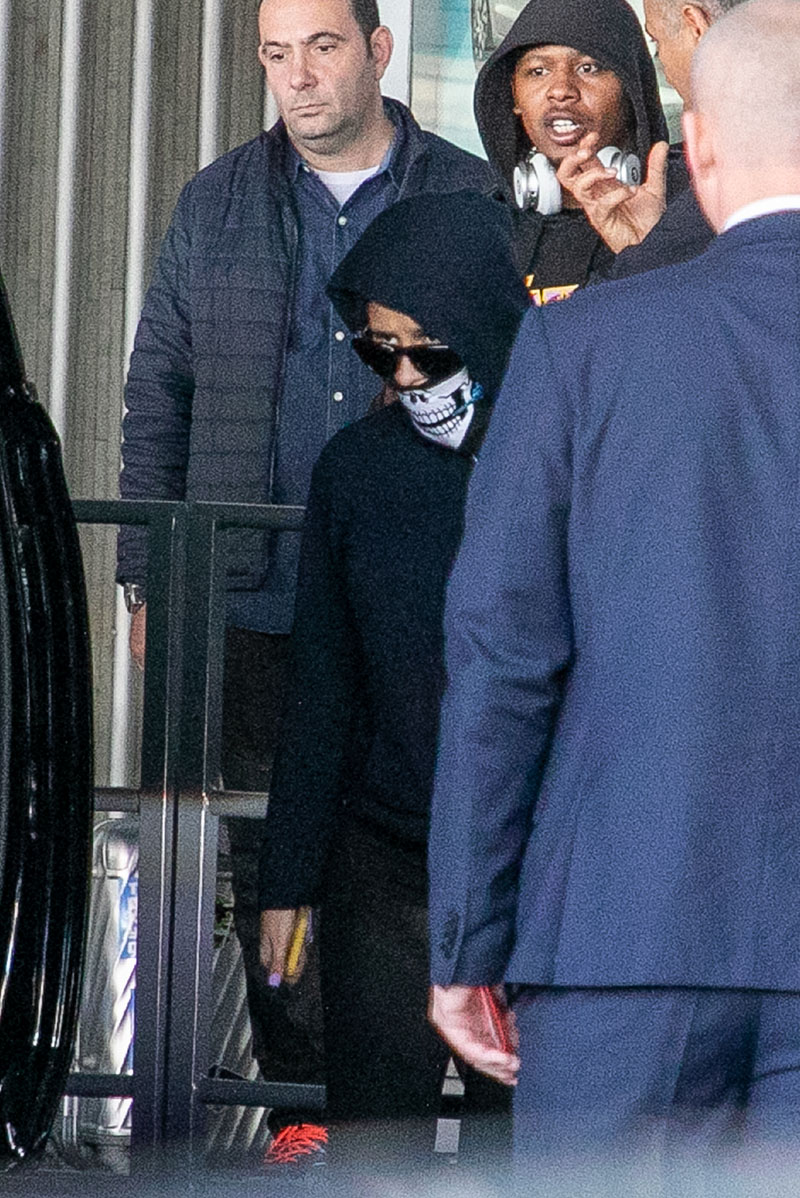 Cardi B sparked herpes rumors when she showed up in Paris, France, to support her husband Offset at his big runway debut. Tongues are wagging because Cardi flew into Charles-de-Gaulle airport wearing a face mask. 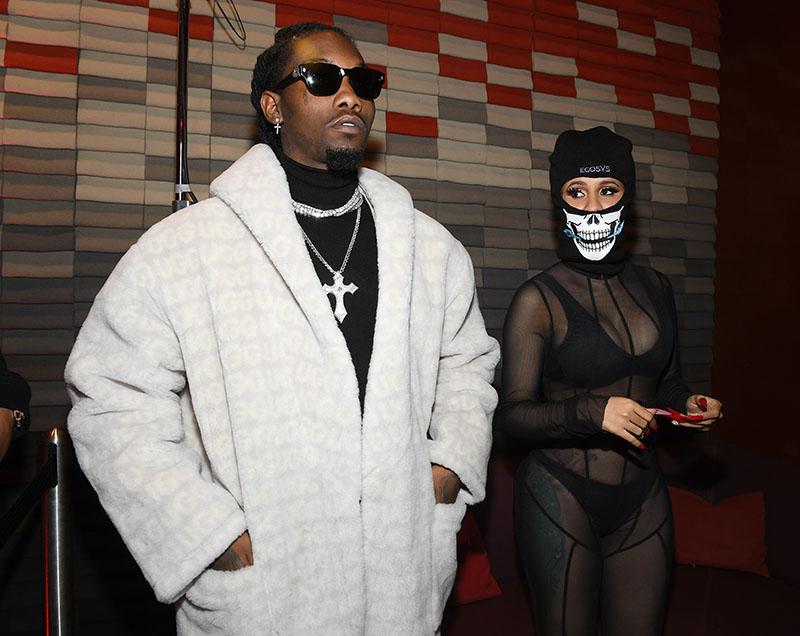 Later she wore the same mask when the couple showed up at UGG's 12X12 Sneaker Launch. At a different event she wore a blinged out $11,000 Couture ski mask with a sheer Mah-Jing Wong catsuit worn over a black bra and thong, according to Page Six.

Black Twitter speculated that Cardi is hiding a herpes breakout under her mask. But others say she has botched lip injections. One Twitter user speculated that the 27-year-old rapper may be hiding a fat lip after fighting with Offset.

Question: What do you think Cardi is hiding under her masks?

Was @iamcardib hit in the face or something ??? The whole two days she’s been wearing a mask even at a restaurant ?????? And in that first picture she didn’t know her entire face... somebody check on her pic.twitter.com/Rhje4IXsuA

She holds a black Coach handbag in one hand and grasps a long weave extension ponytail in her other hand.

Megan first gained fame on the music sharing platform SoundCloud, and she is part of the new wave of so-called "SoundCloud rappers".

Actor Michael B. Jordan has been selected as the first-ever global brand ambassador for Coach menswear collection.

The Black Panther star will also appear in advertisements for Coach footwear, accessories, and fragrance.

END_OF_DOCUMENT_TOKEN_TO_BE_REPLACED 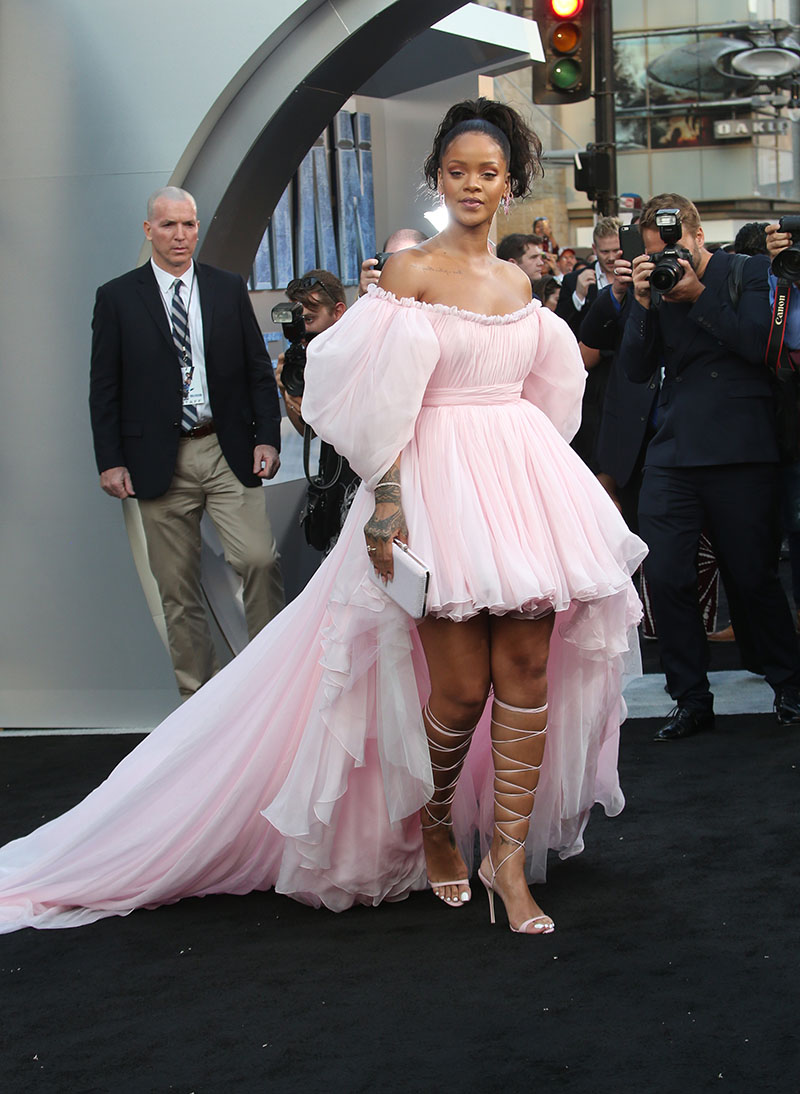 Plus-size singer Rihanna wowed the crowd at the World premiere of the film 'Valerian and the City of a Thousand Planets' at the TCL Chinese Theatre in Hollywood, California on Monday.

END_OF_DOCUMENT_TOKEN_TO_BE_REPLACED

What do you think of singer Ciara's eclectic personal style at New York Fashion Week? The 30-year-old single-mom-of-one was expertly styled by Givenchy and Coach, among others, for her appearances at numerous runway shows in NYC this week.

END_OF_DOCUMENT_TOKEN_TO_BE_REPLACED

Conservatives are outraged over the $12,000 couture frock worn by First Lady Michelle Obama to a State Dinner at the White House with President Obama and distinguished guest French President Francois Hollande on Tuesday, Feb. 11, 2014.

END_OF_DOCUMENT_TOKEN_TO_BE_REPLACED

Beyonce's sister Solange Knowles braved the driving rain to attend the 'Great Gatsby' Red Carpet at The Palais des Festivals during Opening Night Gala at the 66th Cannes Film Festival in France today. Solange wore a nude colored embroidered Stéphane Rolland Couture gown with a nude leotard underneath. Beyonce has good reason to be jealous of her baby sis.

The paps spotted Beyonce and Jay Z out on the stroll in NYC last night. WTF is Jay Z wearing? When is he going to grow up and start dressing his age? Isn't he 41 or 42? He looks filthy like he's been rolling around in a dumpster. Some people can't make the Dirty Couture look work for them, and Jigga is a prime example. What woman lets her man leave the house looking like he's reeking of garbage?