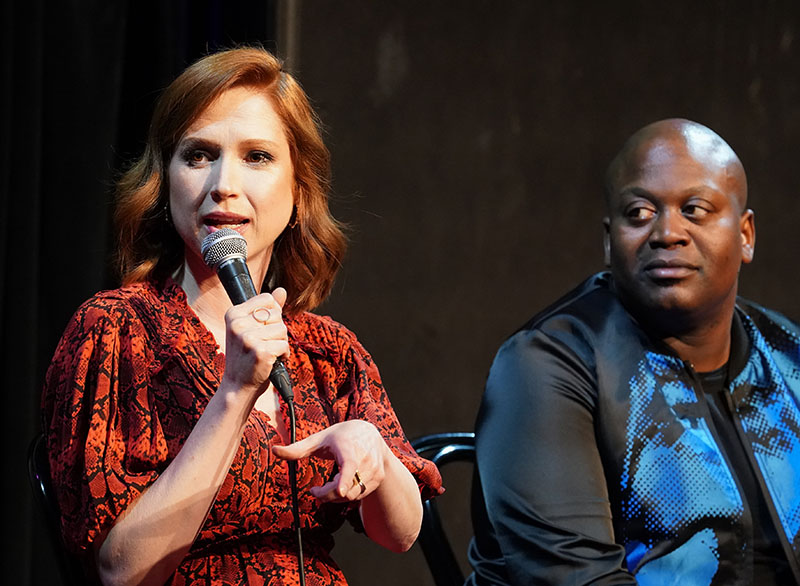 Actress Ellie Kemper, best known for her role in the TV series "Unbreakable Kimmy Schmidt," was once crowned queen at a KKK ball.

Kemper, 41, starred in the TV series from 2015 to 2019. She played a woman who is rescued from a doomsday cult and begins a new life in New York City. The series also starred comics Tina Fey and Tituss Burgess (pictured above with Kemper).

The photo was published by the Post-Dispatch newspaper in 1999. The photo caption reads: "Elizabeth Claire Kemper, as the 1999 Veiled Prophet Queen of Love and Beauty, is attended by her pages."

According to the NY Post's Page Six, "The Veiled Prophet is said to be dressed with a white klan-style hood and robe while armed with a pistol and rifle."

Another Post-Dispatch article described Kemper as a 19-year-old freshman student at Princeton University.

A Twitter user posted the newspaper image along with the caption: "So was no one gonna tell me Ellie kemper aka kimmy Schmidt was crowned KKK queen in 1999."

So was no one gonna tell me Ellie kemper aka kimmy Schmidt was crowned KKK queen in 1999 pic.twitter.com/QdHJ6wGZGv

"it really is something that Ellie Kemper was the star of a tv show about a woman who leaves a racist cult and tries to rebrand herself while pretending it never happened. no reason why I’m bringing this up of course,” film critic Jon Negroni tweeted."