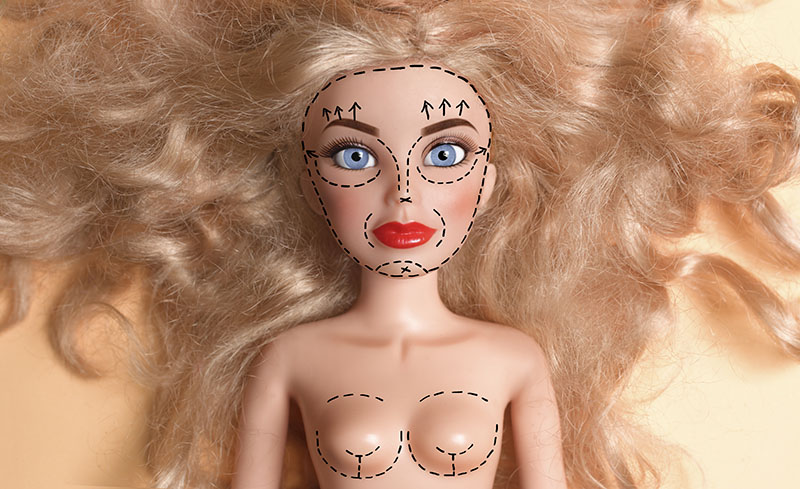 A loyal reader sent in a link to a dancer's GoFundMe page. The dancer is pleading for funds to repair a botched breast implants procedure in the Dominican Republic.

The surgeon couldn't perform all of the procedures the dancer wanted, so the dancer opted for breast implants and liposuction instead.

However, the procedure didn't go as planned. The dancer was left with deformed breasts. She is now on GoFundMe begging for money to get breast implants.

WARNING: the photos on GoFundMe page are NOT SAFE FOR WORK!!

Stories like this are tearjerkers because dancers need perfect bodies to earn money.

Here is what my loyal reader wrote. FYI: she is NOT the dancer on GoFundMe.

Anyone who’s had plastic surgery.. knows the risks involved. I went to the DR, in 2019. Dra Duran performed my lipo and bbl. I’ve since got my breasts done in Las Vegas. In 2020, I had one more round with Dr. Dowback. Duran now had a death on her perfect track record.

The audacity of this woman asking for people to pay for yet.. ANOTHER SURGERY! Thoughts?!

ESPN fired NBA analyst and Boston Celtics legend Paul Pierce for attending a maskless party on his day off over the Easter weekend.

The Instagram live video shows the 43-year-old married father-of-three drinking at a party with exotic dancers.

The video shows Pierce getting a back rub from one busty dancer while another scantily clad woman was seen twerking on the floor behind him.

The room was full of ball players being entertained by the women.

"Oh my god," said a friend who watched Pierce's live-stream of the party. Pierce urged one absent dancer to fall through.

"Monica, you should be here. You could make some money, girl. Stop playing," he said.

None of the partygoers wore face masks. One vlogger suggested that the corporate media -- "Wanting to control athletes" -- will "demonize" Pierce for declining to comply with the political agenda.

The news that ESPN terminated Pierce's employment was first reported by Front Office Sports on Monday. Reps for Pierce declined to comment on Pierce's departure.

Pierce led the Celtics to an NBA title in 2008. He was named NBA MVP that season.

He joined ESPN full-time in 2018 after retiring from the NBA in 2017. Pierce was a regular on ESPN's sports programs, "NBA Countdown" and Rachel Nichols' show "The Jump."

On Monday night, he posted a video of himself laughing on Twitter with the message: "Big things coming soon stay tuned make sure u smile. #Truthshallsetufree."

Watch the response video below. 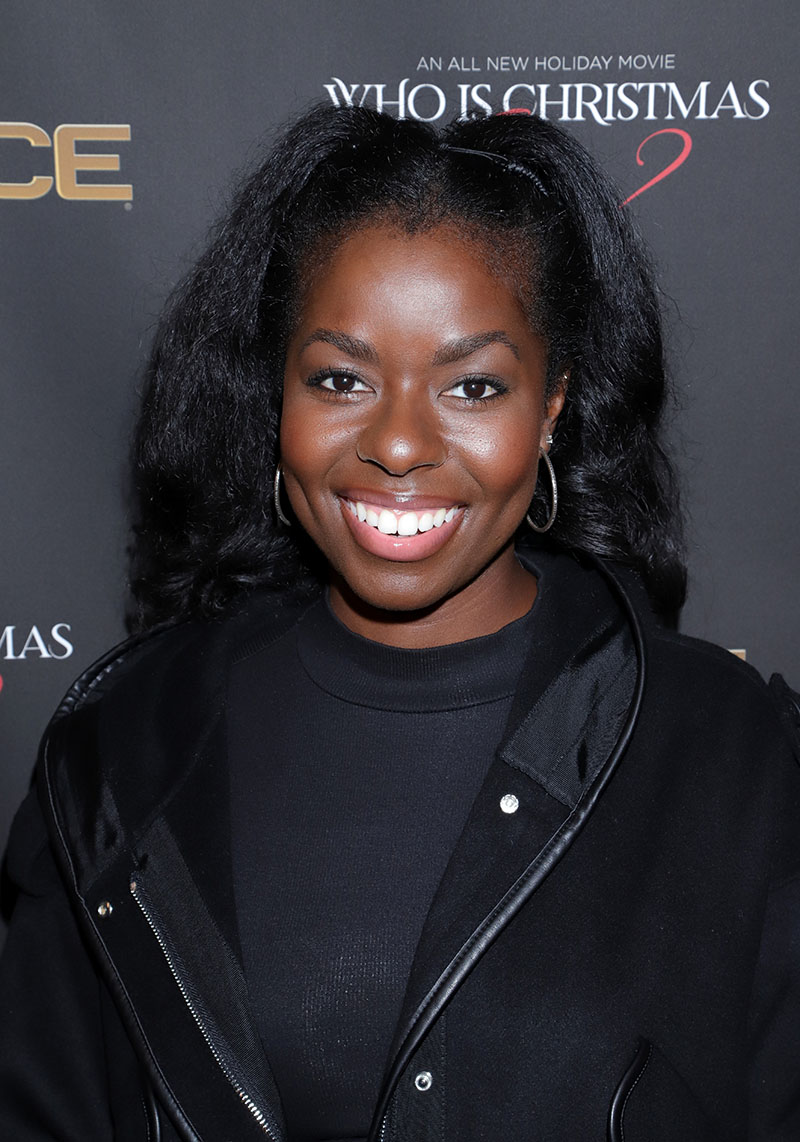 Camille Winbush can't even pretend to be innocent and virtuous after dropping her latest OnlyFans video.

The 31-year-old actress, best known for playing the eldest daughter "Nessa" on The Bernie Mac Show, drops all pretenses in her latest OnlyFans video.

Camille is among the many actors who exhausted their savings after the movie and TV industry shut down during the coronavirus outbreak in the U.S. 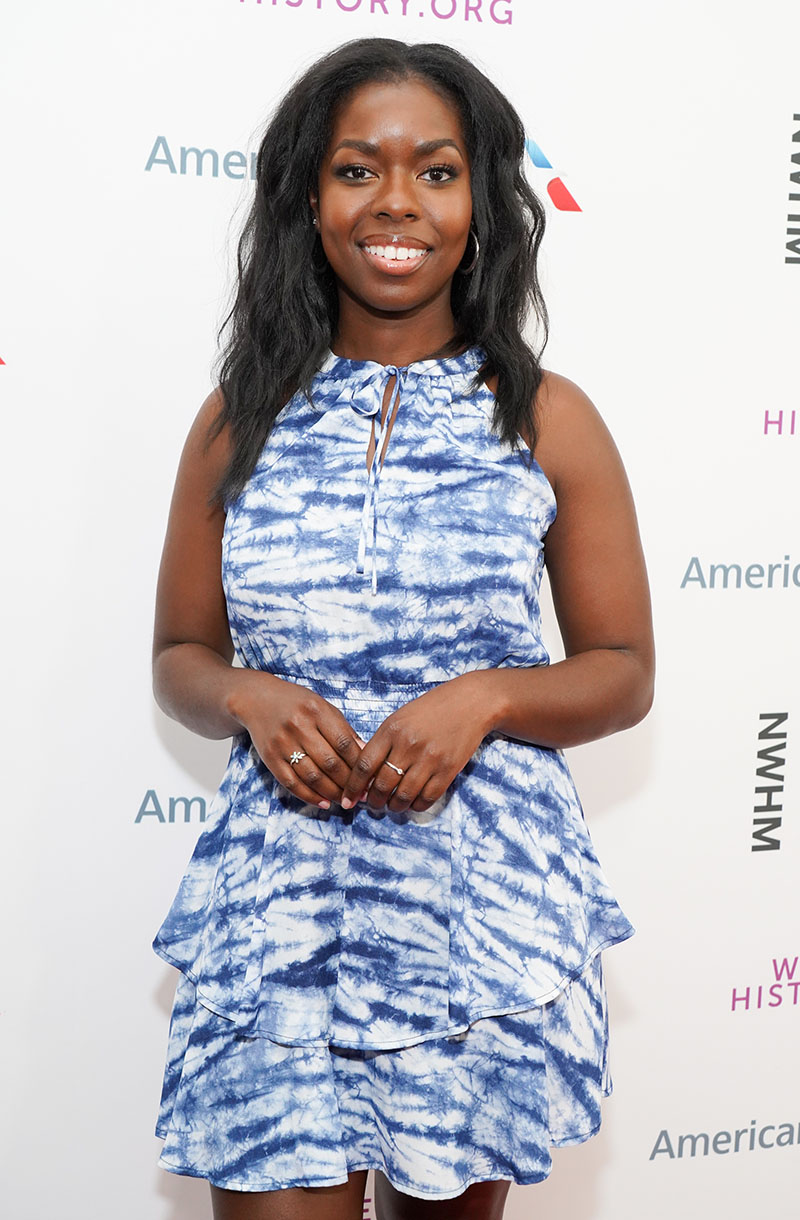 Now she's on OnlyFans, stripping for cash to make ends meet. Some celebrities earn an average of $250,000 per month on OnlyFans.

Your auntie signed up for Camille's OnlyFans page for research purposes -- and I was shocked by what I saw.

Wearing a leopard skin coat, the Image Award winner gyrates and thrusts her hips as the song "Please Me" by Cardi B and Bruno Mars plays in the background.

Your auntie can't post a link to the video because Sandrarose.com is a family-oriented blog.

Let's just say the video is definitely NOT SAFE FOR WORK.

Did I tell you that Camille's people threatened to sue your auntie just for posting a Twitter link to her OnlyFans pictures?

Are you morbidly obese? Do you think your twerking skills are under appreciated? If the answer to both questions is yes, Lizzo wants you to take part in her new reality TV series on Amazon Prime.

Fresh off her first Grammy win, the rotund pop star has announced a plus-size competition reality show with Amazon Prime, in which contestants will compete for the chance to accompany her on tour as a member of her twerk crew.

Lizzo, 32, says she is looking for plump dancers "who have for far too long been underrepresented and under-appreciated."

"Where are all the big girls? That's what I want to know," Lizzo said in an Instagram video announcing the show.

"So me and Amazon are going to find out," the pop star continued. "I'm developing an unscripted show with Amazon to find my next crew of big girl dancers and models. So bring yourself, and that ass."

She captioned the video:

"Are you a full-figured dancer or model? Have you felt underrepresented and under appreciated? THEN I'M LOOKIN FOR YOU! It's time to find my dream team of beautifully talented big grrrls and @amazonstudios is helping ya grrrl on this journey!

We are casting NOW so head to BigGrrrls.com to apply. @AmazonPrimeVideo – it's time to change the game!" 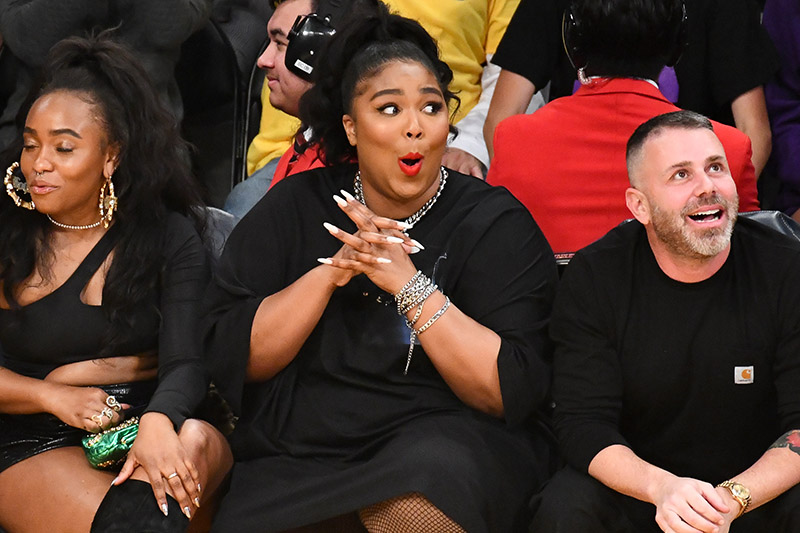 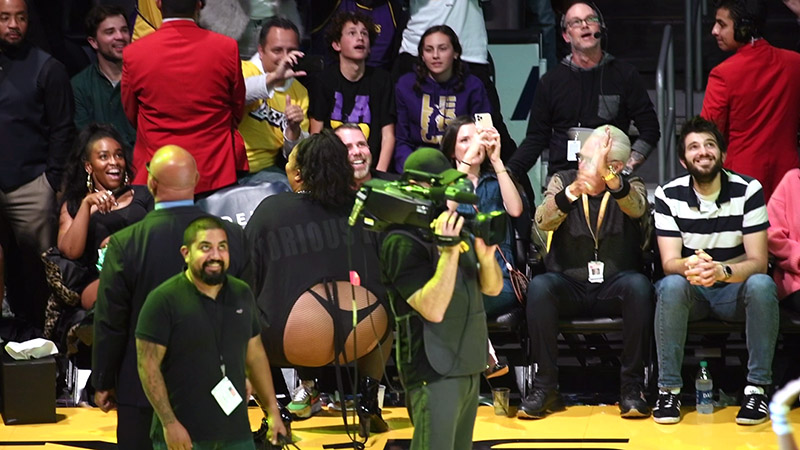 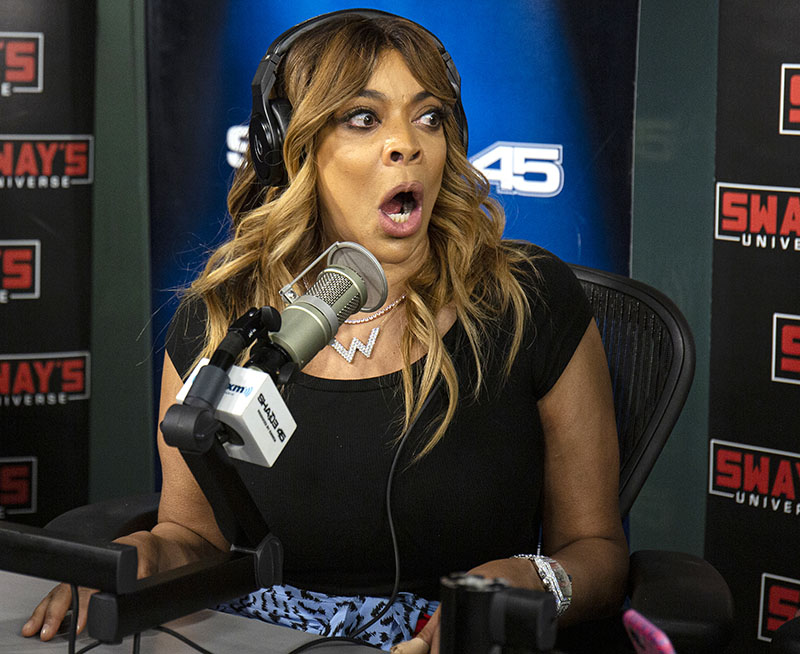 END_OF_DOCUMENT_TOKEN_TO_BE_REPLACED

It was a night that 25 Atlanta strippers will never forget! The 1st annual Stripper Bowl took place Monday night at the Gold Room in Atlanta. Pierre "Pee" Thomas, CEO of Quality Control Records, and other ballers blessed a room full of strippers with $3 million in cash - which they split 25 ways. Each dancer left the club weighted down with $125,000 in ones!

END_OF_DOCUMENT_TOKEN_TO_BE_REPLACED

Cardi B's bestie Star Brim has been locked up in the federal pen on wire fraud charges for 5 months. Here's a few things you should know about her.

END_OF_DOCUMENT_TOKEN_TO_BE_REPLACED

She worked hard for the money. A judge has ordered the Miami Police Department to return over $19,000 its officers took from a stripper during a traffic stop.

END_OF_DOCUMENT_TOKEN_TO_BE_REPLACED 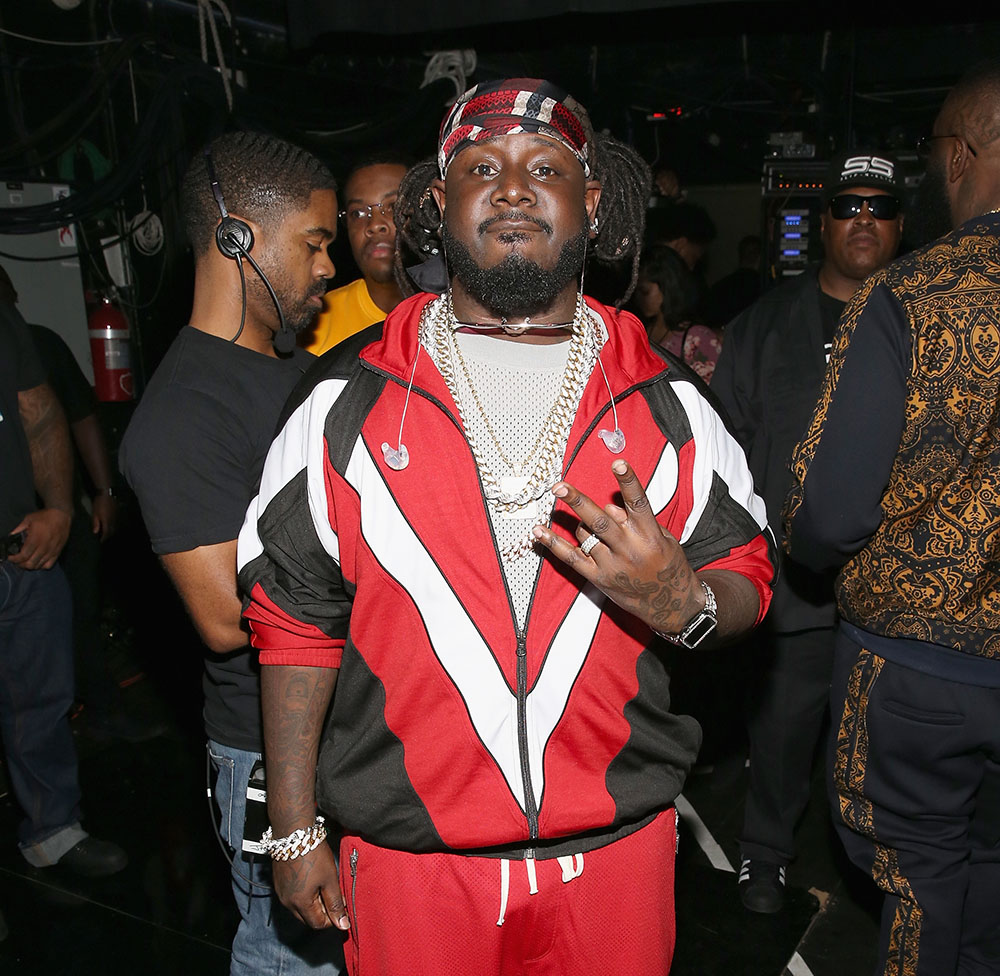 Rap producer T-Pain has something to say to exotic dancers who assume a man (or a woman) is broke just because he doesn't make it rain on them in the strip club.

END_OF_DOCUMENT_TOKEN_TO_BE_REPLACED 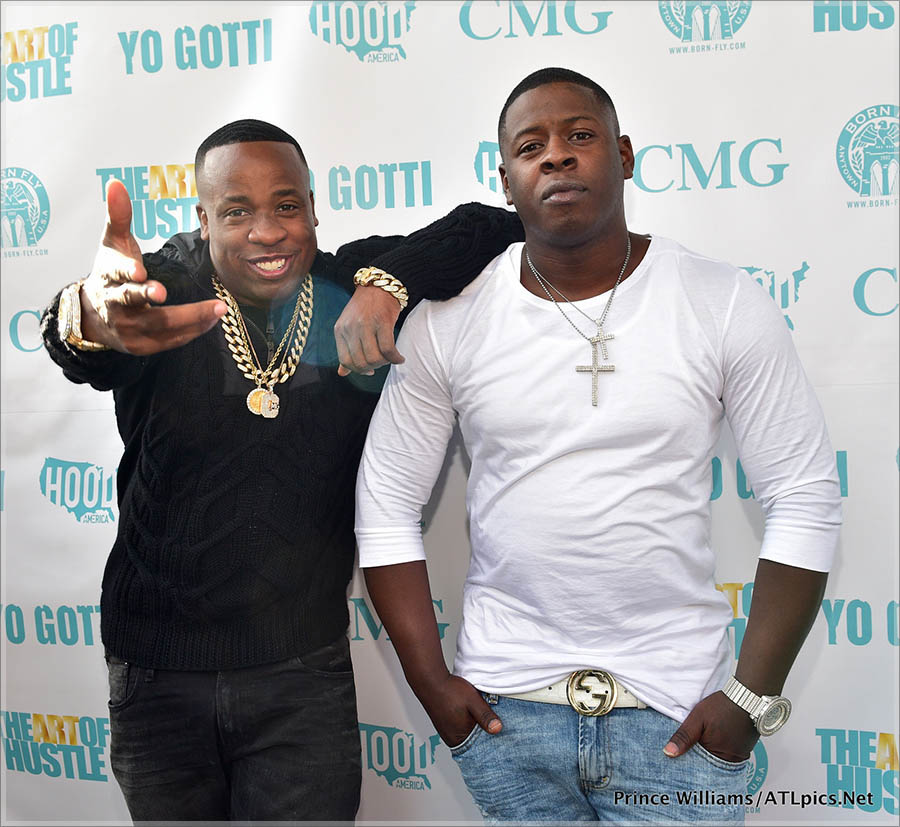 END_OF_DOCUMENT_TOKEN_TO_BE_REPLACED

There is an unconfirmed rumor that socialite Kim Kardashian is attempting to stop Chyna Rose's reality show from happening.