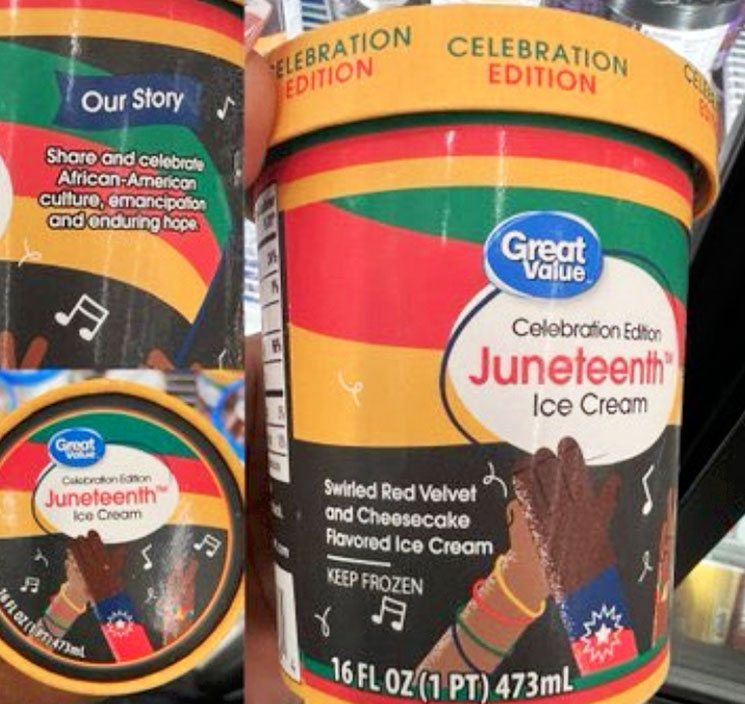 Juneteenth is a federal holiday commemorating the emancipation of enslaved Africans in America. The holiday was popularized by American singer Beyonce in a music video. It is observed every June 19.

TMZ bumped into Cassandra on Monday at LAX and asked her about Walmart's "Celebration Edition Juneteenth Ice Cream" which has been trending all day on Black Twitter.

Walmart is being dragged on Black Twitter for its newest flavor, red velvet and cheesecake ice cream along with this message on the package: "Share and celebrate African-American culture, emancipation and enduring hope."

She also blasts the retail giant for its corporate greed and shames whoever greenlit the product for not reading their history books.

My turkey wing appetizers are a quick, delicious snack to hold you over until your big Thanksgiving dinner tomorrow.

Step 3. The next morning, pre-heat oven to 350-degrees farenheit. Melt 1/4 stick of lightly salted butter in microwave. Brush each turkey wing with melted butter and 3 tablespoons of Olive Oil.

Step 4. Pour 1/2 cup of water into casserole dish and place dish with wings in the oven for 50-60 minutes.

Share your favorite pre-Thanksgiving appetizer recipes in the comments below.