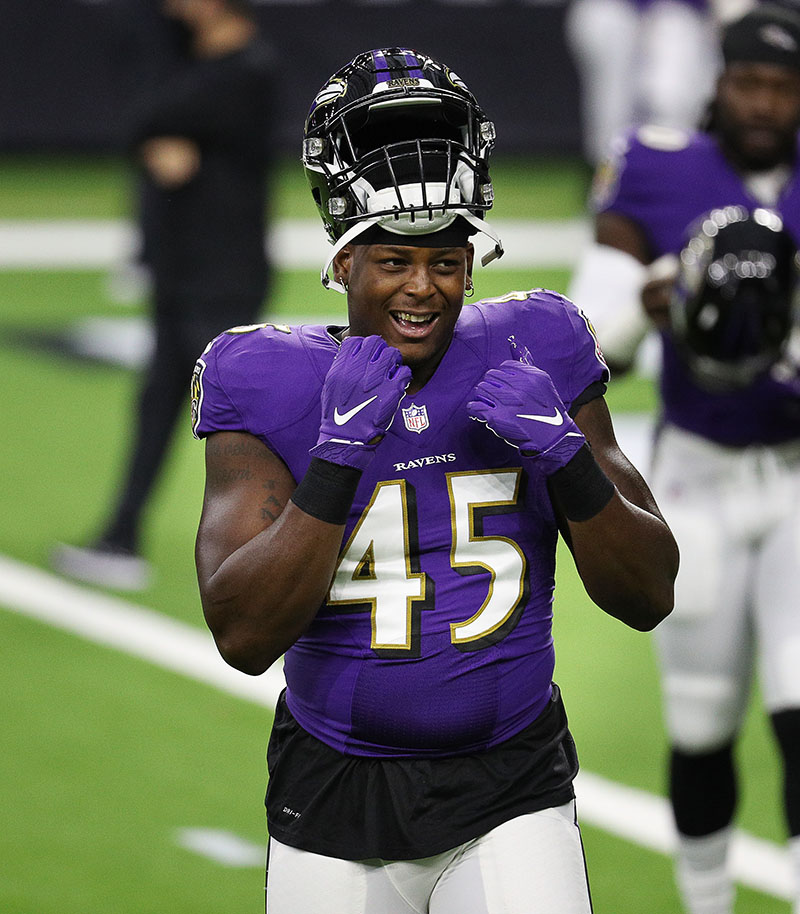 Officials are investigation the sudden death of Baltimore Ravens linebacker Jaylon Ferguson. He was 26.

Baltimore Police responded Tuesday to a 911 call about an unresponsive person at a home in the 400 block of Ilchester Avenue.

When officers arrived, they found medics performing CPR on the unresponsive athlete.

"Ferguson never regained consciousness and was pronounced dead on the scene by medics," Baltimore Police spokeswoman Niki Fennoy said in a statement.

Police do not suspect foul play and are not ruling out the possibility of a drug overdose.

The average price of homes in the neighborhood where Ferguson died is $129,000, according to Zillow.com.

Ferguson played college football at Louisiana Tech University. He was a third-round NFL draft pick and 85th pick overall in 2018.

"We are profoundly saddened by the tragic passing of Jaylon Ferguson," the Ravens said in a statement on Wednesday. "He was a kind, respectful young man with a big smile and infectious personality. We express our heartfelt condolences to Jaylon's family and friends as we mourn a life lost much too soon."