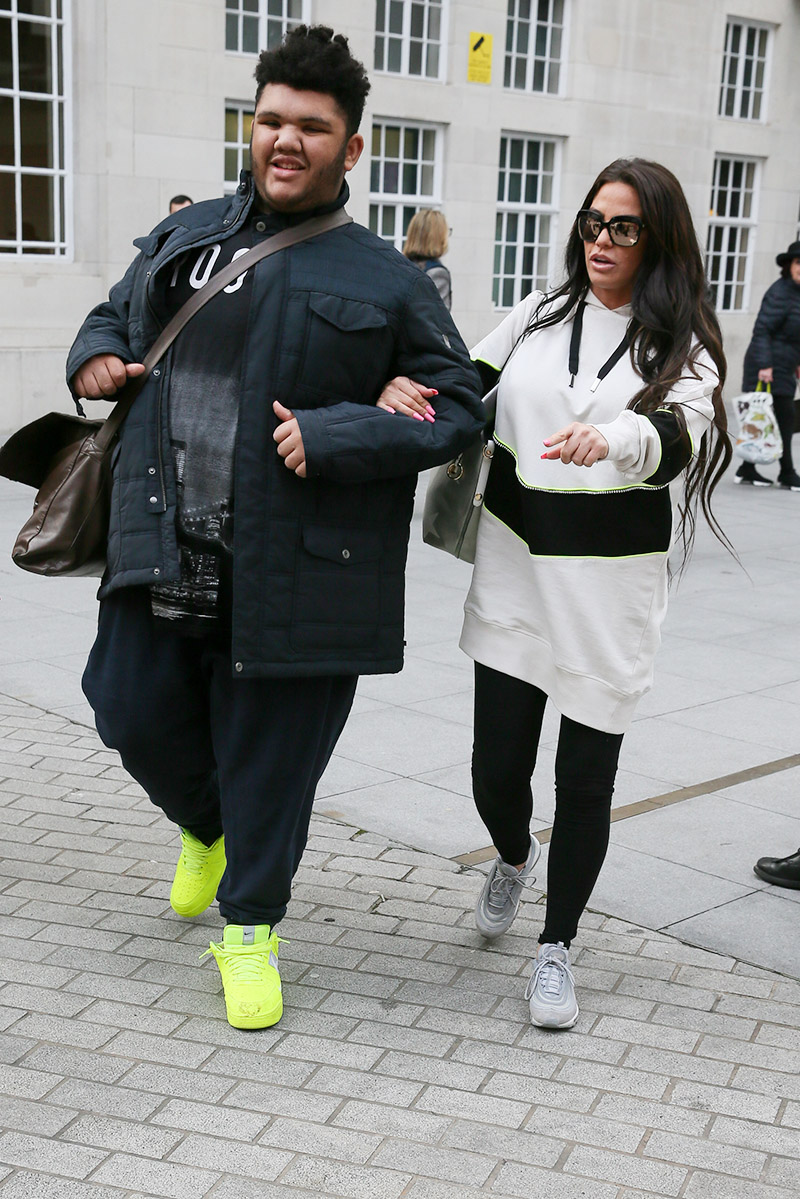 Katie Price, formerly Jordan, explains why she made the agonizing decision to place her mentally disabled son Harvey Price in a home for full-time care.

The former model and TV star gave viewers an inside look into Harvey's transition to full-time care in her BBC show.

"Things change when you're 18 for anyone when you become an adult," Katie, 42, said in the trailer for the Saturday, January 16, episode of Katie Price: Harvey and Me.

"Harvey's got complex needs. I've got to let Harvey have the best shot at life as he can. As long as [he's] happy, I'm happy."

She announced her decision to place Harvey in a home on January 14, Us Weekly reported.

"It's so upsetting to think I won't see him every day but this is the best thing for Harvey and we have to think positively because I don't want him to think I'm just getting rid of him," the Love, Lipstick and Lies author explained to The Sun.

"This is his chance to live an independent life, learn skills and socialize with people other than me. I'm trying to get him used to me not being there all the time. But he'll call on his iPad and say, 'Mum, I need you,' and I run to him."

Harvey, 18, is Katie's first and only child by Trinidadian soccer player Dwight Yorke, 49. She bashed Yorke in a July 2020 social media post, writing, "Whether you want to be in your son's life or not, you still created him and he's still your son." 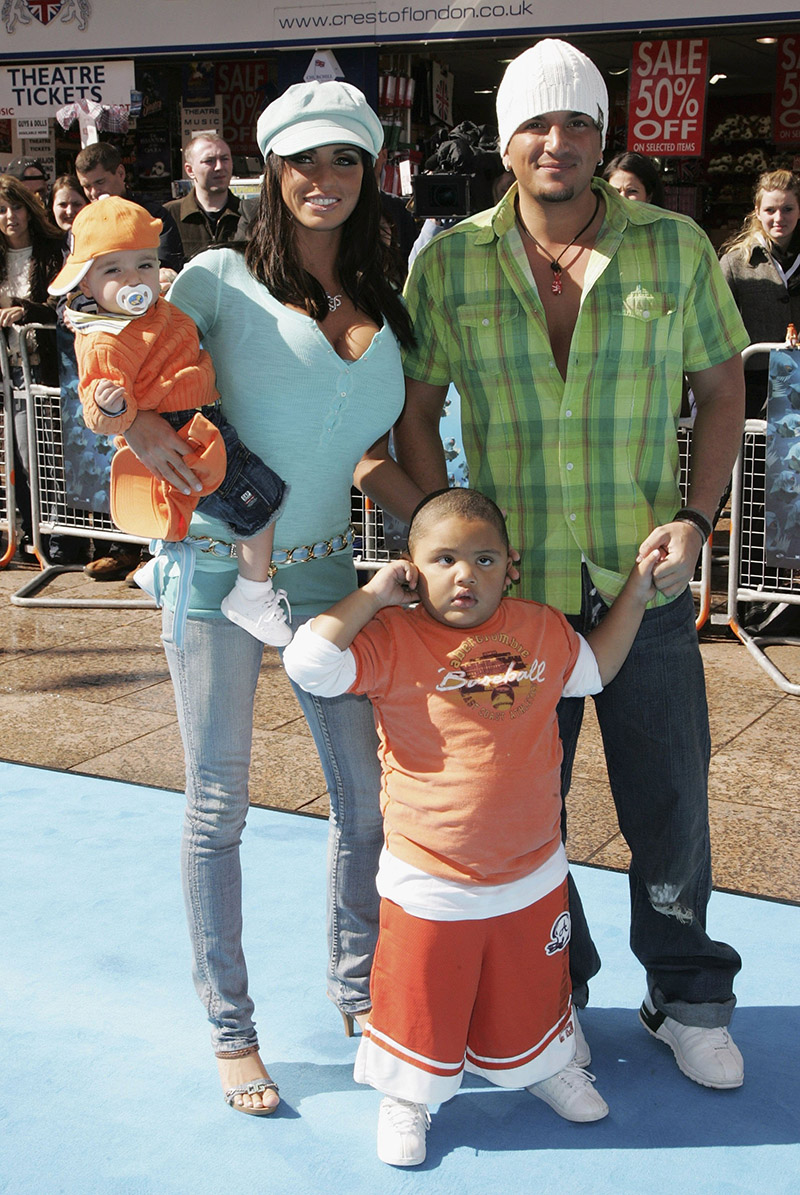 Harvey was born with septo-optic dysplasia, a condition that left him partially blind, and he is on the autism spectrum. He gains weight easily due to Prader-Willis syndrome. He is pictured at a family outing in 2006 with Katie and her first husband, singer Peter Andre, and their son Junior. 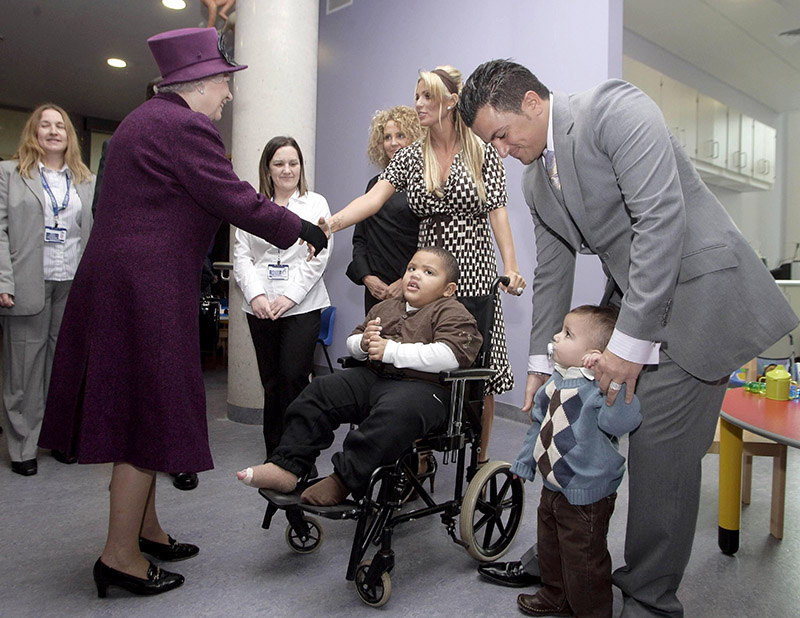 The family is pictured greeting Her Majesty Queen Elizabeth II at the opening of a children's eye hospital in London in 2007.

"The other kids are excited for him," Katie said, "they want to see what he can do. But I think they'll find it hard when he's not around on weekends. I need to learn to let go but it's tough — anyone in my position knows how hard it is. We have an incredible bond. I don't know how Harvey will react or how he'll feel when I can't get to him. It's too painful to think about."

Who says pop singer Taylor Swift is stuck up and self-centered? This is why Taylor is one of the Rose Garden's favorite singers.

She has a big heart as well as a big wallet. Taylor donated $50,000 to a US hospital, which will be used for "high-tech music therapy" to soothe children suffering from cancer. "Taylor Swift's gift will help lift the spirits of many patients during a difficult time." said Steven M. Altschuler, MD, chief executive officer of The Children's Hospital of Philadelphia which received the 'Trouble' singer's payment. "Taylor Swift's music is an inspiration to so many of our teen patients. We can think of no better way to use her gift than to grow our Adolescent and Young Adult initiative designed to support the emotional well-being of our teens with cancer," added Lamia Barakat, Ph.D., psychologist and director of the Psychosocial Services Program at the cancer center. NB: Photos taken at The Children's Hospital of Philadelphia in 2013 at the time of Swift's donation, allocation of the funds has just been announced.