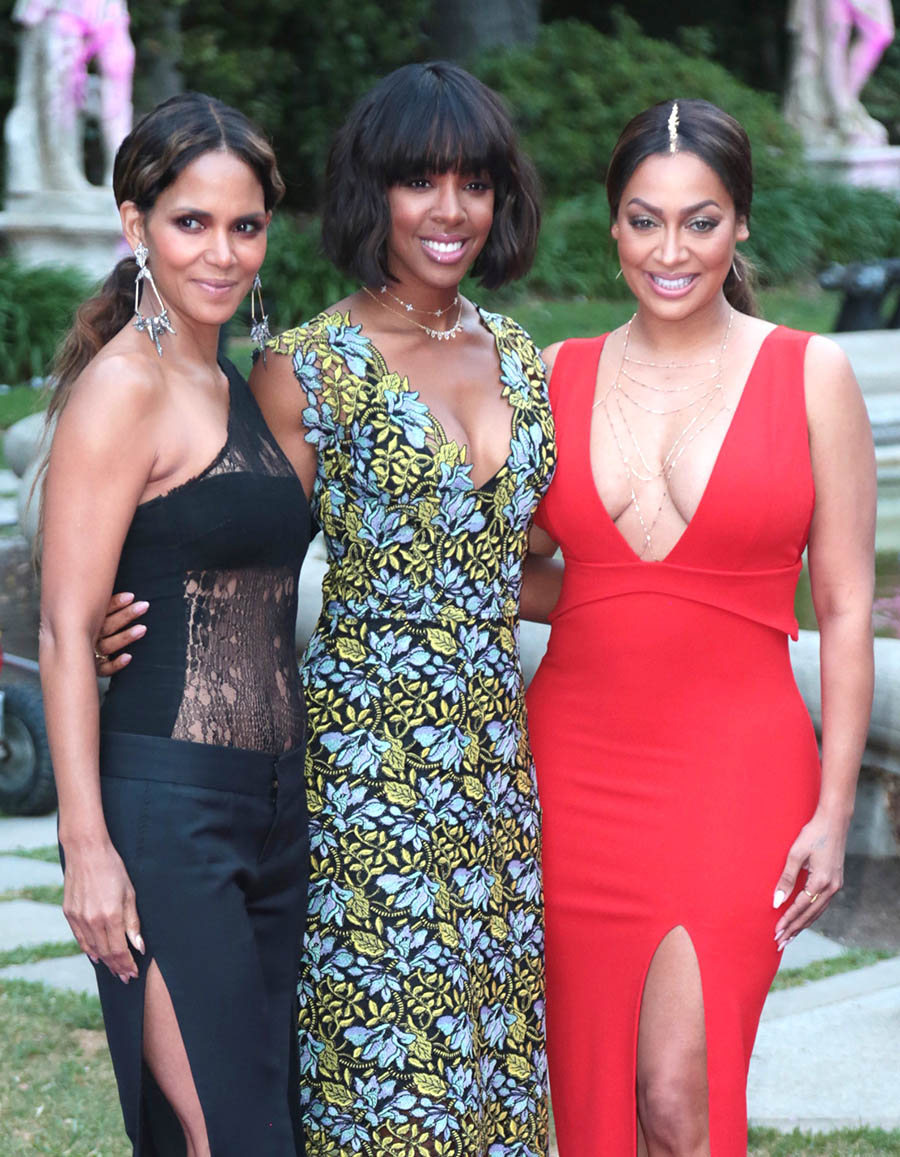 Halle Berry, Kelly Rowland, and La La Vazquez attended the 2nd annual VH1 Dear Mama taping in Pasadena, CA. on Saturday. The ladies brought their mothers for a night of celebration and song at the Huntington Library and Botanical Gardens.

END_OF_DOCUMENT_TOKEN_TO_BE_REPLACED

Socialite and reality TV star La La Anthony stopped by the Good Morning America studios in NYC's Times Square today to promote her new relationship book, "The Love Playbook". La La is uniquely qualified to dispense relationship advice by virtue of the fact that she is still married to one of the NBA's most prolific womanizers. If you're purchasing the book expecting La La to spill the details on Carmelo Anthony's lecherous behavior with other women, you will be sorely disappointed.

But La La does touch on that embarrassing Honey Nut Cheerios incident.

END_OF_DOCUMENT_TOKEN_TO_BE_REPLACED 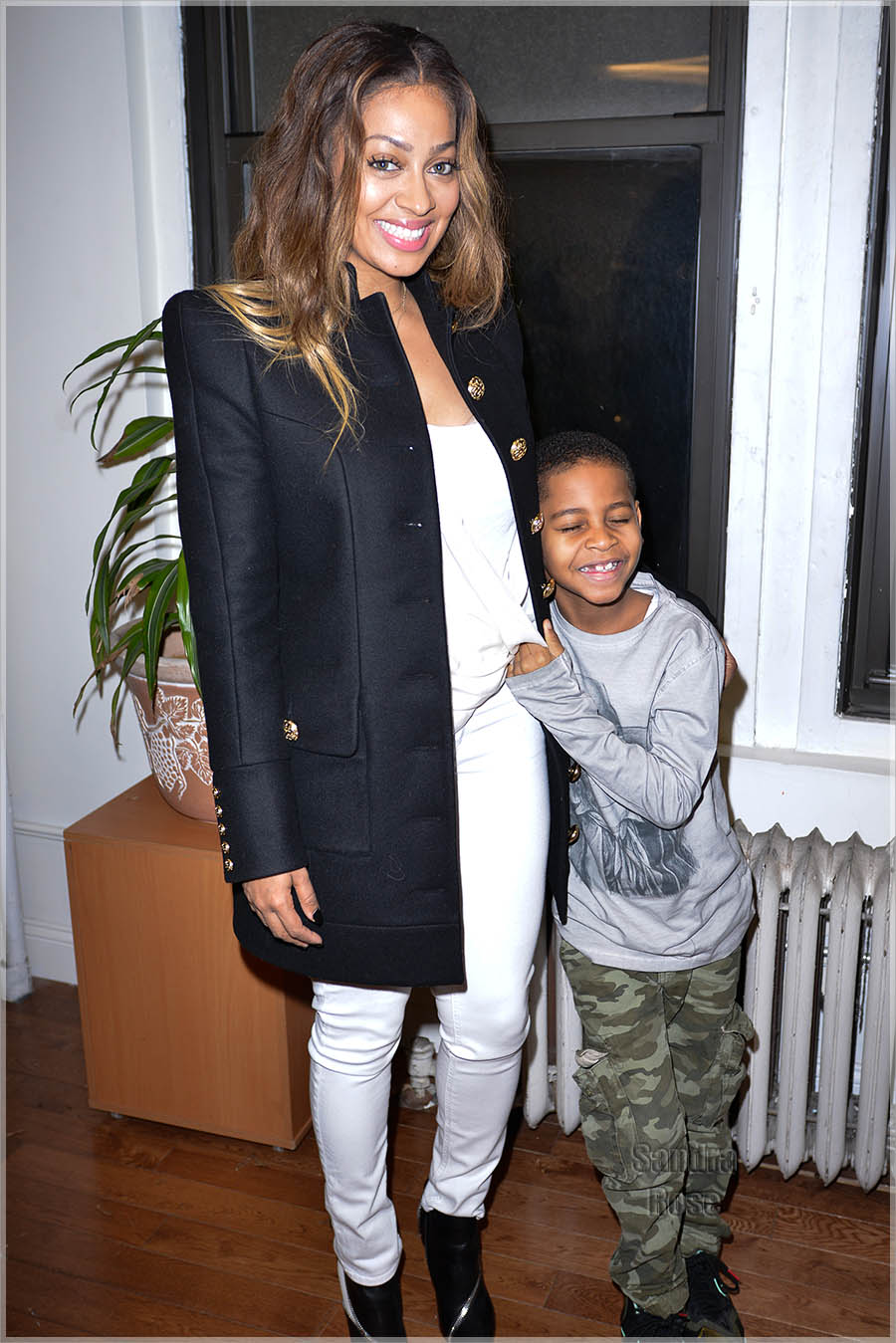 Once people know what buttons to push to upset someone, they will push them every time to get a reaction. That's what happened to NY Knicks star Carmelo Anthony after the Knicks lost game 5 to the Boston Celtics at the Garden on Wednesday, May 1. Boston bench rider Jordan Crawford approached Anthony and talked smack about La La Anthony.

After the game, La La took to her Twitter page and tweeted: "Try again. You on the bench for a reason."

She also posted a message on Instagram.com that read: “STRONG WOMEN only intimidate weak men.”

END_OF_DOCUMENT_TOKEN_TO_BE_REPLACED

After being the butt of Honey Nut Cheerios® jokes all week, reality TV star La La Vazquez broke her silence last night. The 30-year-old socialite tweeted: "Not for nothing, but we ALL deserve a check or some free cereal 4all the publicity we've given Honey Nut Cheerios! LOL."

END_OF_DOCUMENT_TOKEN_TO_BE_REPLACED

La La Vasquez walked the red carpet with her son Kiysan during the NBA All Star weekend. Daddy is Carmelo Anthony of the Denver Nuggets.

Proud dad and NBA legend David Robinson showed off his sons during a stroll down the red carpet at All Star. I have tons of pics from All Star Weekend that my photographer Freddyo shot exclusively for Sandrarose.com. Check back later for those galleries (the boy put in work!) Thanks to Keisha Walker of Insights Marketing for the all-expenses paid trip!

I also have pics coming up from Chrisette Michelle's special live performance for TOUS Luxe Lounge at Shout last night. The turnout was nice despite all the rain. It was another successful event by Nicole Garner and her Garner Circle PR staff. Click here to see a preview.

Shout out to Warren Huntley for the TOUS Teddy Bear and the roses!

On Thursday, February 14, 2008, the hottest showdown of stars on and off the court took place at the 2008 "Boost Mobile Zo & Magic's 8-Ball Challenge," held during NBA All-Star Weekend. NBA All-Star Alonzo Mourning of the Miami Heat and NBA Legend Earvin "Magic" Johnson teamed up with Title Sponsor Boost Mobile, presenting Sponsor G2 from the makers of Gatorade, and Official Vehicle Sponsor Toyota Motor Sales, U.S.A., Inc., for this year's challenge, now in its fourth year. Hosted by Grammy winner Chris "Ludacris" Bridges, the annual 8-Ball Challenge is one of All-Star Weekend's most popular events, raising more than $750,000 to date to support youth and community causes. This year's challenge has adopted New Orleans own, West Jefferson High School, a school in many ways still crippled by its needs and the impact of Hurricane Katrina. Proceeds from the event will assist the school in opening a new computer lab for its students. (Source)