Scrappy took time off from rapping to star in Love & Hip Hop: Atlanta and to raise a family with wife and fellow rapper, Adi Benson AKA Bambi.

Scrappy, best known as one of the "founding fathers" of "Crunk" music in his native ATL, brings the energy back with this Louney G-produced record.

Hailing from the mean streets of Cleveland Ave, Lil Scrappy created this record to compare and contrast the most known southern states, Georgia and Florida.

Lil Scrappy and Florida heavy-hitter and OG, Tom G, go bar for bar on what life is like in the harsh streets of Atlanta and Tampa.

In the music video, filmed by Todd Uno, the viewer is taken on a brief nostalgic trip to the "Crunk" era where you see old school whips on 30-inch rims, gold slugs, chains, jerseys, red cups and more.

Lil Scrappy reps his hood in Atlanta, citing lines such as "You slackin. My young n\*ggas ready and active. You talkin' big money you cappin'. We eat up the block while you snackin." The duo wrap up the video shoot at Diamond Strip Club on Atlanta's northwest side.

"When the eyes say one thing, and the tongue another, a practiced man relies on the language of the first." - Ralph Waldo Emerson

Body language is an important form of communication because, sometimes actions speak louder than words. Non-verbal communication reflects what a person is really thinking and feeling emotionally.

END_OF_DOCUMENT_TOKEN_TO_BE_REPLACED

Reality TV stars Darryl "Scrappy" Richards and Adiz "Bambi" Benson are engaged, according to ATL Night Spots. The Instagram blog posted a photo of Scrappy down on one knee proposing to Bambi.

END_OF_DOCUMENT_TOKEN_TO_BE_REPLACED

I remember visiting the mansion of Scrapp Deleon and his mother Karen "KK" King many years ago when Scrapp and his brother Sas were part of the kiddie group Da Razkalz Cru with their cousin, Dolla, who was shot to death in a gang-related shootout in California.

END_OF_DOCUMENT_TOKEN_TO_BE_REPLACED

Li'l Scrappy's mother Momma Dee, 52, posted this throwback Twitter pic of her days as a pimp surrounded by her stable of sex workers.

Momma Dee has never been shy about discussing her days as a sympathetic female pimp with a stable of loyal street walkers.

END_OF_DOCUMENT_TOKEN_TO_BE_REPLACED 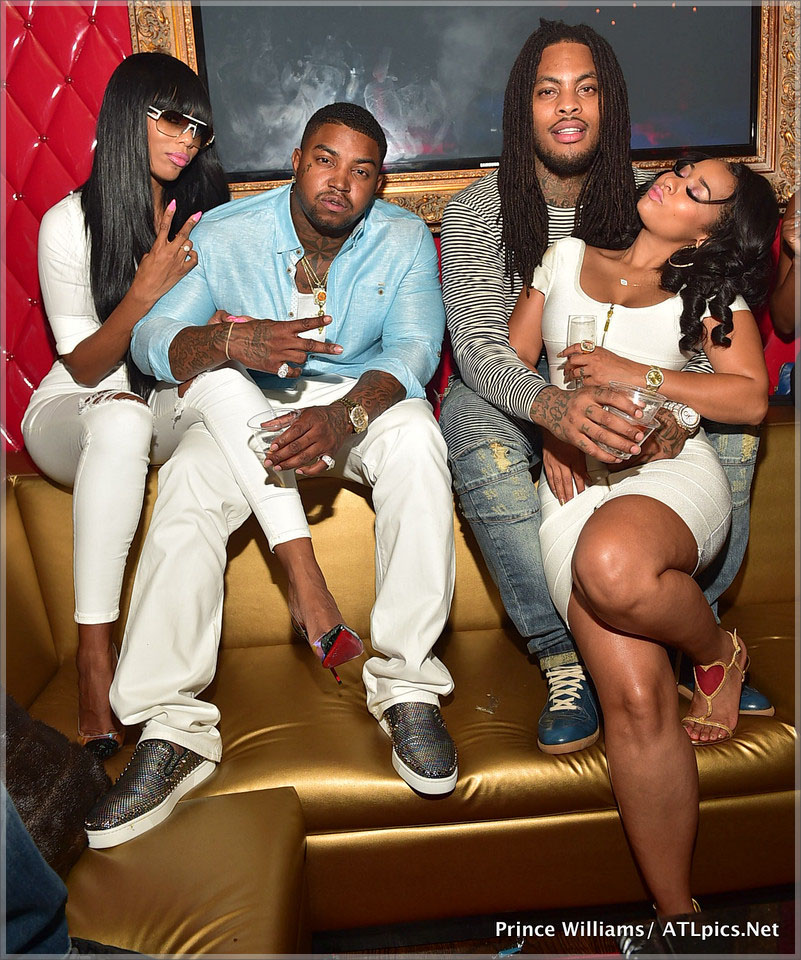 END_OF_DOCUMENT_TOKEN_TO_BE_REPLACED

Rapper Lil Scrappy's mother Momma Dee just announced the newest cast member of VH1's Love & Hip Hop: Atlanta in a post on Twitter.com. As you know, the show's producer, Mona Scott-Young, will stop at nothing to boost ratings -- even if that means hooking up an AARP card carrying (rumored lesbian) with fresh young meat.

Watch the full video after the break.

END_OF_DOCUMENT_TOKEN_TO_BE_REPLACED 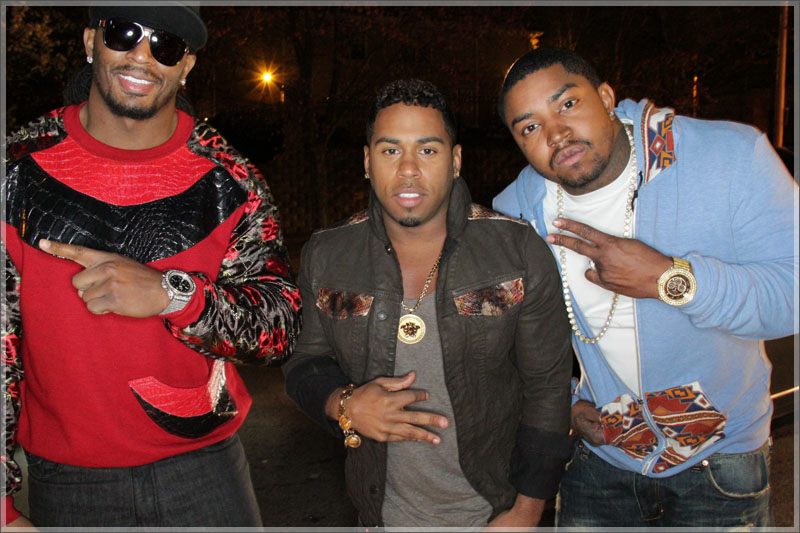 END_OF_DOCUMENT_TOKEN_TO_BE_REPLACED

The grown and sexy partied with controversial Love & Hip Hop Atlanta star Joseline Hernandez who hosted "Investment Club Mondays" at the Gold Room in Atlanta. I'm told Stevie J didn't accompany his artist to the Gold Room because he was reportedly scared that Lil' Scrappy might roll up with his boys. (I don't know how true that is so don't quote me.) As you know, Scrappy defended his baby mama's honor by brawling with Stevie during episode 4 of Love & Hip Hop which aired Monday night on VH1. The party turned out nice according to my spies.

END_OF_DOCUMENT_TOKEN_TO_BE_REPLACED

If you're not familiar with the single you will be. "No Love" is the theme song for 'Love and Hip Hop Atlanta' which premieres next Monday.

The private screening for episode 1 is tonight at Frank Ski Restaurant for those lucky few who have invites -- including Toccara who is grateful for her chance at fame.

END_OF_DOCUMENT_TOKEN_TO_BE_REPLACED

The 'Love & Hip Hop Atlanta' cast made an appearance at Pearl Bistro in Atlanta Tuesday night. The spin off of the Love & Hip New York show is set to premiere on VH1 on Monday June 18 at 8 p.m.

Grand Hustle GM Hannah Kang is handling the promotions for the show in Atlanta. Hopefully she will add a touch of class. I'm hoping LHH Atlanta isn't going to leave a black mark on Atlanta that will be difficult to erase.

Pictured above, Lil Scrappy's mother, Mama Dee with Mimi, who owns (or used to own) a celebrity house cleaning service that catered to celebrity clientele. I bet she has some great stories to tell.

END_OF_DOCUMENT_TOKEN_TO_BE_REPLACED

In between trying to make babies with rapper Diamond, rapper Lil Scrappy has a new mixtape coming out on Ludacris' Disturbing Tha Peace Records called The Shape Up. The mixtape is produced by DJs Don Cannon, Infamous and Tee the Barber.

"Everybody's been wondering where your boy been at, what he's been doing," Scrappy said in a recent interview with MTV writer Shaheem Reid.

"I got with Ludacris, new deal with DTP. Luda and Chaka took me straight to Def Jam. It's going digital, Gs up. Shape Up is all about keeping yourself flip-flop up. As soon as you get to looking raggedy, touch yourself up, get your shape up. Get yourself in shape. Every day is a struggle."

"Scrappy did it for the people in the struggle trying to get their life together," said DJ Don Cannon, who used to spin for Scrappy years ago. "It's one of those inspirational records. We do it out here, go 'hood to 'hood like Alabama, Arkansas, Houston, Nashville, Dallas, that know about the 'hood and how we had to represent it, how we had to shape it up."

Gucci Mane, whose single with Mario and Sean Garrett sits at #20 on Billboard, guests on Scrappy's mixtape.