The 24-year-old grandson of Cleveland Mayor Frank G. Jackson was shot to death near a public housing project on Sunday night.

Jackson was gunned down after he was dropped off at the housing project at Sidaway & E. 70th St at around 9 p.m. Sunday night, according to Cleveland19.com.

Police officers and an agent from the Federal Bureau of Alcohol, Tobacco and Firearms (ATF) swarmed the scene. 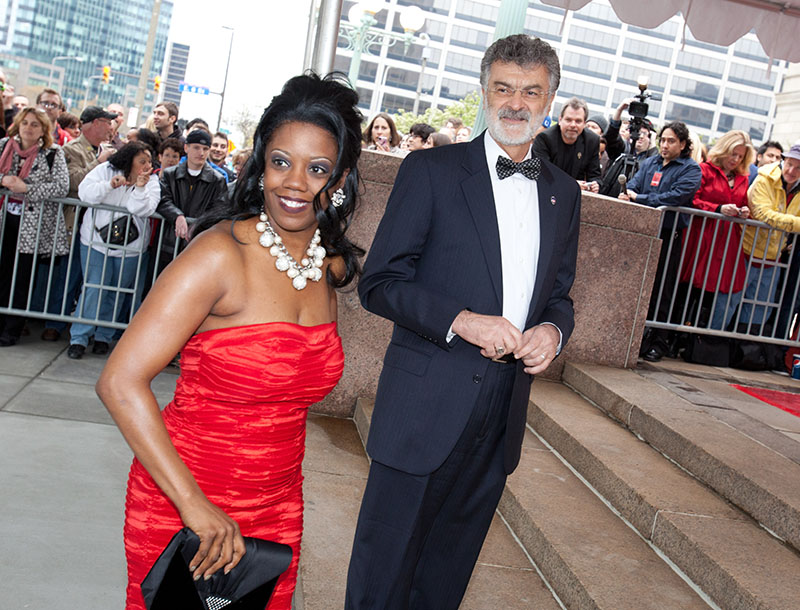 Mayor Jackson (pictured with his wife in 2012) and Cleveland Police Chief Calvin Williams arrived at the scene but did not comment on the investigation, according to Dailymail.com.

"It's not my place to say anything," Williams said.

Jackson had multiple run-ins with law enforcement in recent years. In 2019, he pleaded guilty to misdemeanor assault after a fight with his girlfriend. He was currently facing felony assault charges of resisting arrest after fleeing from police.

He pleaded not guilty to resisting arrest and was out of jail on $10,000 bond. Jackson was also linked to a murder when a car registered in his name was seen fleeing a crime scene. No charges were ever filed.

A $5,000 reward is offered for information leading to the arrest of the killer. Anyone with information regarding the incident is asked to call 216-623-5464 or Crimestoppers at 216-25-CRIME.