Good, 36, is the sister of actress Meagan Good, 34. Meagan and her hubby, Pastor DeVon Franklin were among the well-heeled guests at the pre-Grammy affair which took place at the swanky London Hotel on Sunset Boulevard in West Hollywood on Friday.

END_OF_DOCUMENT_TOKEN_TO_BE_REPLACED 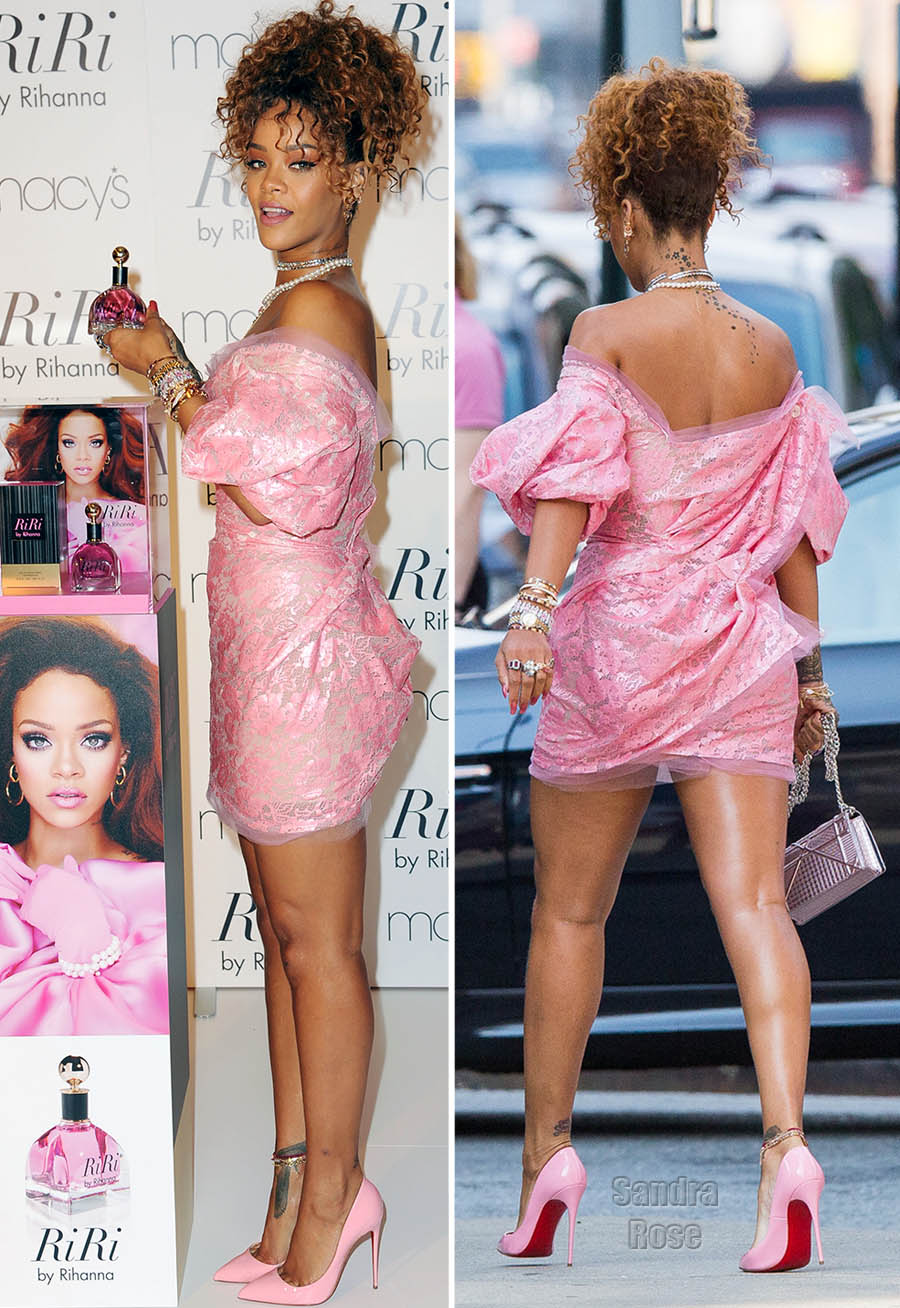 Hundreds of frenzied fans turned out to meet and greet Bajan singer Rihanna as she promoted her new fragrance, RiRi by Rihanna, at Macy's in Brooklyn, NY on Monday. Rihanna wore a pink bubblegum pink dress with matching handbag and shoes.

Obsessed #RihannaNavy Stans slept on the filthy sidewalk outside the store for 3 nights to be the first in line to purchase Rihanna's fragrance and take photos with her. Many reportedly took sink baths in the restrooms at Macy's so their combined stench wouldn't overwhelm their idol. See more fan photos after the break.
Photos: Kristin Callahan/ACE/INFphoto.com and GSNY/ Splash News

END_OF_DOCUMENT_TOKEN_TO_BE_REPLACED

"Halle Berry looks "wildly" sexy in this shoot for her new fragrance. The product, Wild Essence Halle Berry, claims to, "capture the sensual essence of a women in nature," and features the X-Men actress in a sheer, black mesh dress against a jungle backdrop. "The essence of a woman is in body and soul and becomes more sensual in nature," said the Oscar-winning actress. Adding: "With my newest fragrance I wanted to go deep into the rainforest where I could capture the primal richness of nature in an effortless scent." The perfume, which includes Sicilian bergamot, "juicy black currant and mandarin zest" with lighter hints of sandalwood bark and white patchouli costs around $28.00 for 30ml. "I love the idea of creating a fragrance that will allow women to connect with nature, through perfume," said Berry, 48. Described as a "sparkling, multi-floral" aroma the adverts appear to be shot in a tropical climate and Berry's skin has a glowing sheen. "The enticing, sexy campaign powerfully captures the sensual connection between Halle and nature, magnetized by the enveloping strength of scent," says the campaign's blurb."

END_OF_DOCUMENT_TOKEN_TO_BE_REPLACED

The Atlanta Journal-Constitution reports that the two women allegedly used the stolen credit cards to purchase nearly $2,000 worth of make-up and perfume at North Pointe Mall in Alpharetta.