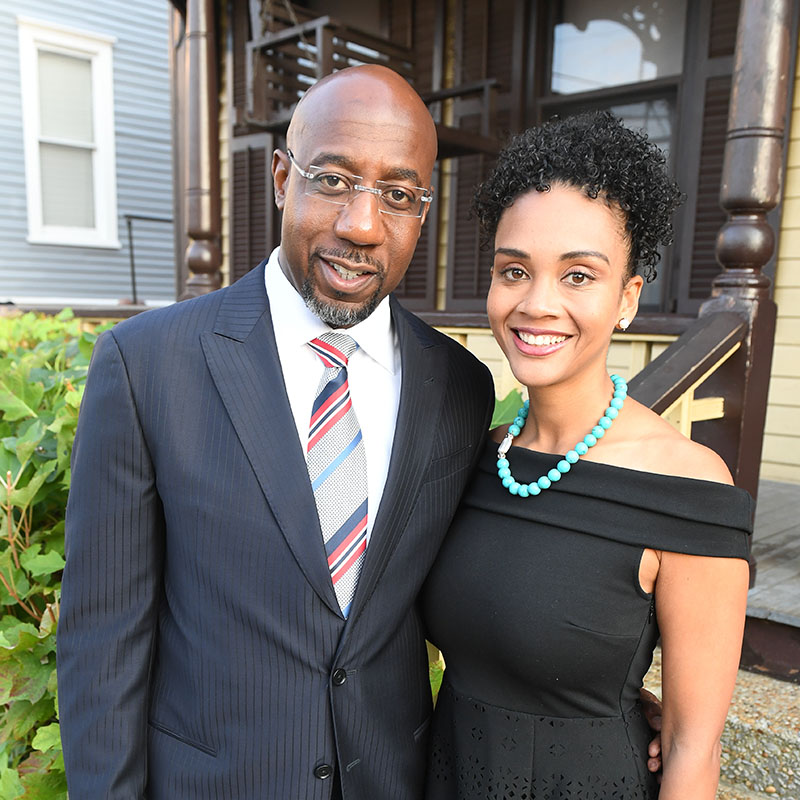 This is headline news because Warnock is one of the 2 Democrats vying for a U.S. Senate seat in the Jan. 5, 2021 runoff against Republican Senators David Perdue and Kelly Loeffler in Georgia.

Ouleye Ndoye, 35, is heard in the video telling police that Warnock, 51, ran over her foot in the driveway of their home. The incident occurred in March. The couple divorced in May.

In the body cam video, Ndoye tearfully tells police Warnock is a great "actor" but he "crossed the line."

"He's like, 'Ouleye, close the door. I'm leaving,'" she tells the officer.

"And I was like, 'just hear me out. If your mom died, and I had the kids. Wouldn't you want me to let them go with you to the funeral? And he just starts backing the car up. He wasn't going fast, I'm not bleeding. But I just can't believe he'd run me over."

Asked whether she thought the pastor drove over her foot intentionally, she replied: "Obviously. I was standing here. The door was open and I'm leaning into the car. How can you drive the car when I'm leaning into it?"

She told the officer she wanted to file a police report for possible criminal charges.

"This man's running for United States Senate, and all he cares about right now is his reputation," she said.

"I've been very quiet about the way that he is for the sake of my kids and his reputation. I've tried to keep the way that he acts under wraps for a long time, and today he crossed the line. So that is what is going on here. And he's a great actor. He is phenomenal at putting on a really good show."

The mainstream media ignored the story because Warnock is a Democrat. But the local news and the conservative news media (which is gaining millions of viewers daily) is all over the story.

Warnock told local outlet WGCL-TV that his ex-wife's allegations are a distraction from his Senate runoff race.

"Domestic abuse is a serious issue that Georgians deserve answers to as to what exactly happened," she said in a statement. "Unfortunately, it follows a pattern of what we've seen that Raphael Warnock has not answered the hard questions in this campaign."

Police footage from Radical Liberal Raphael Warnock’s domestic dispute where his wife accused him of running over her foot with his car pic.twitter.com/Gp0oajZT8L