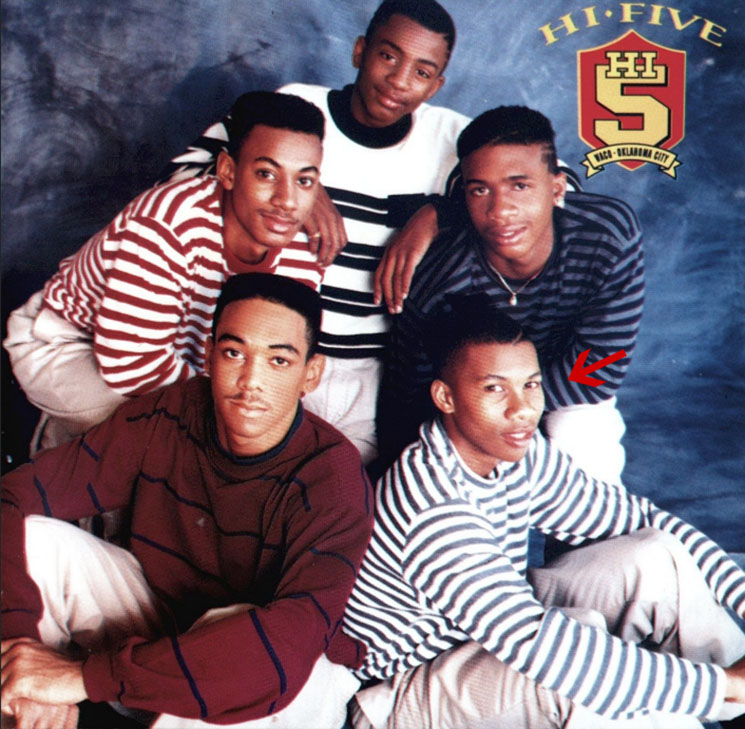 Hi-Five member Roderick "Pooh" Clark (front right) died on Easter Sunday at age 49 according to his family in a message on Facebook. The family did not disclose his cause of death.

"Roderick "Pooh" Clark, thru all your life's struggles, you fought the good fight and you did it with a smile from ear to ear! I hate I didn't call u a few weeks ago when I told myself to! But, you always kept me on the phone for almost 2 hrs when we talked, and there was no cutting u off! Lol! We had some amazing phone conversations in the past and some great visits when I came thru Waco! I'll cherish them forever! I love u Pooh and you'll forever be my big brother! No more wheelchair, bro! Now, WINGS!!! RIP."

In 1993, while on their way to a radio station, Hi-Five was involved in a car accident that left Clark paralyzed from the chest down.

Clark was born in Waco, Texas and formed Hi-Five with the other 4 members: Marcus, Tony, Russell Neal, and Toriano Easley.

The group is best known for their number 1 hit song "I Like the Way (The Kissing Game)" off their 1990 debut album, Hi-Five. The song was written and produced by Teddy Riley and spent two weeks at number 1 on R&B/Hip-Hop Songs chart and 1 week at the top of the Billboard Hot 100 chart.

The group released their second album Keep It Goin' On in 1992, which spawned their hit single "She's Playing Hard to Get."

Their other hits include "Too Young", "The Way You Said Goodbye“. "I Can't Wait Another Minute", "Just Another Girlfriend", "Quality Time" and "I Just Can't Handle It."