Hudson Mayor Craig Schubert announced his decision at a school board meeting on Monday, after students at Hudson High School were given sexually explicit writing assignments.

Students in the Liberal Arts II writing class were told to "write a sex scene you wouldn't show your mom," and "Describe your favorite part of a man's body using only verbs."

The students were also instructed to "Write an X-rated Disney scenario."

It isn't clear if the teacher who handed out the assignments must also resign or face criminal charges.

Red-faced Mayor Schubert spoke at a school board meeting, garnering loud applause from outraged parents who read the papers their children wrote.

Schubert told the school board he spoke with a judge who confirmed that the students' writings could be considered child pornography.

"It has come to my attention that your educators are distributing essentially what is child pornography in the classroom.

"I've spoken to a judge this evening and she's already confirmed that. So I'm going to give you a simple choice: either choose to resign from this board of education or you will be charged."

The mayor then stormed out of the room to loud applause from the angry parents.

The Hudson School Board members include one female and 5 males.

According to Dailymail.com, "Ohio law prohibits sending 'harmful' or obscene material to, or sharing it with, a minor, though this statute usually refers to sexting or sending obscene images."

"I can't even wrap my brain around as a teacher, I don't care if it's for college credit, these are minors. When these topics are encouraged and read by adults, that is pedophilia.

"This is grooming, and all of you need to be replaced,' Havens told the school board. "You have dedicated yourself to woke social justice."

Georgia mom Courtney Ann Taylor went viral this week after she pleaded with school board members to end the Covid-19 mask mandate in schools.

Taylor addressed Gwinnett County Board of Education members at its meeting on April 15. She ripped the members for dragging their feet on the mask mandate for over a month.

"If you truly mean that you would end the mask requirement tonight," Taylor said.

She noted that it's been over a year since the pandemic started, several vaccines are available, and every adult who wants the vaccines can have one.

"Every one of us knows that young children are not affected by this virus, and that's a blessing" she said. "But as the adults what have we done with that blessing? We've shoved it to the side and we've said, 'we don't care. You're still going to wear a mask on your face every day ... You still can't play together on the playground like normal children ... We don't care. We're still going to force you to carry a burden that was never yours to carry.' Shame on us!"

Taylor said that her 6-year-old daughter complains that she doesn’t want to wear the mask anymore. 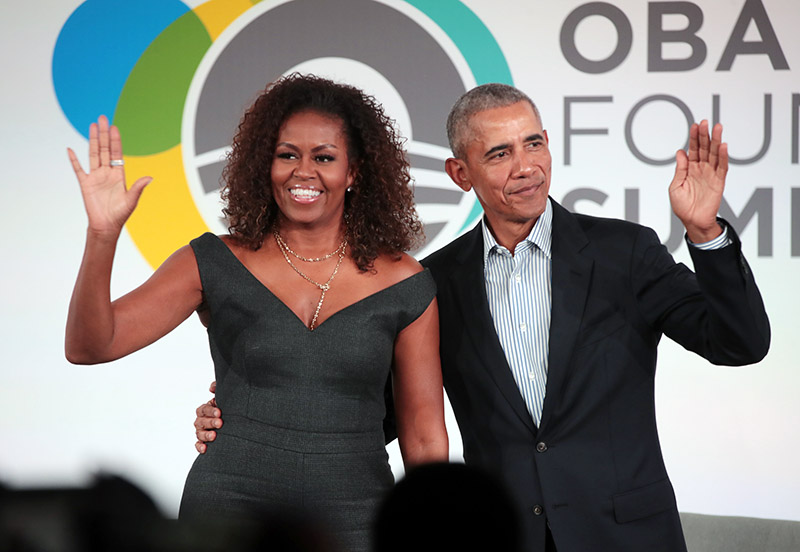 Latinx activists in Chicago protested renaming a middle school after Barack and Michele Obama on Tuesday.

The activists are against the school board renaming Jefferson Middle School to Barack & Michelle Obama Middle School.

The group protested before a hearing of the Waukegan Community Unit School District 60 Board of Education, the Chicago Tribune reported.

The school board held its first in-person meeting on Tuesday at the Brookside campus of Waukegan High School.

According to the Tribune, they chose not to vote on renaming one of two middle schools after the Obamas.

Another meeting is scheduled for April 13 at 7 p.m. at the Brookside Campus. Latinx activists vow to hold demonstrations at that board meeting as well. 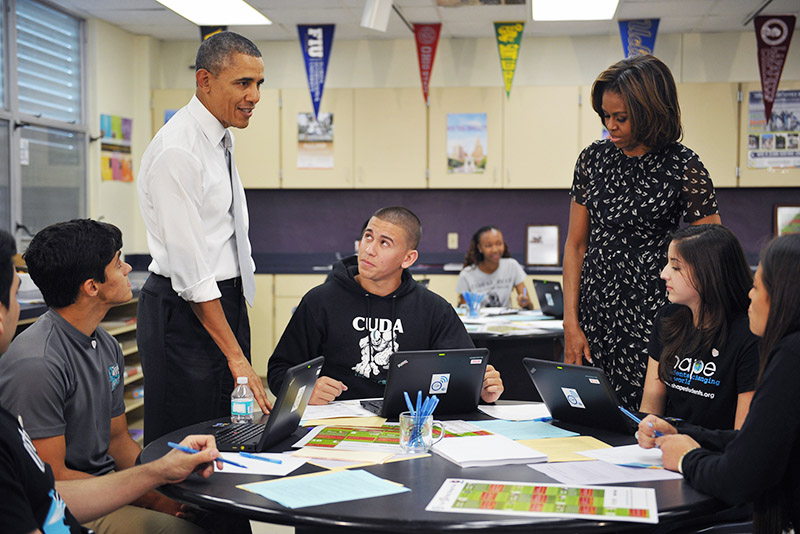 Arias said he still remembers the fearful looks on the faces of fellow students who arrived home to find their parents were deported.

He said, the fear in their eyes "still resonates with me."

Richard Atikins, a board member for Central Unified School District in Fresno, Calif. resigned after a blogger mobilized her Instagram followers to get him fired.

Californians have endured ongoing protests as Black Lives Matter and Antifa organizations clash with police while attempting to tear down historic statues.

Atkins allegedly wrote an Instagram post urging protesters to "go back to the country you or your ancestors came from."

Atkins apparently resigned during the board meeting on Tuesday.