The viral video shows bullets strike a wall near where two maskless women were dancing. Distinct popping sounds can be heard over the loud rap music.

"Oh my god! Oh my god!" said one of the women who was live-streaming the event on Instagram.com (watch the video below).

The shooting took place around 3 a.m. on Sunday at The Spot Night Club, Cleveland Police said in a statement.

Police told 19 News that preliminary investigation shows several gunmen fired rounds inside inside the club. Seven people were wounded by gunfire. Miraculously, no one was killed.

The victims are four men and three women, all between 20 and 30 years old, police said.

All of the victims were treated at MetroHealth and released, police said.

None of the suspects were identified and no arrests have been made, Cleveland.com reported.

The investigation into the shooting is ongoing. 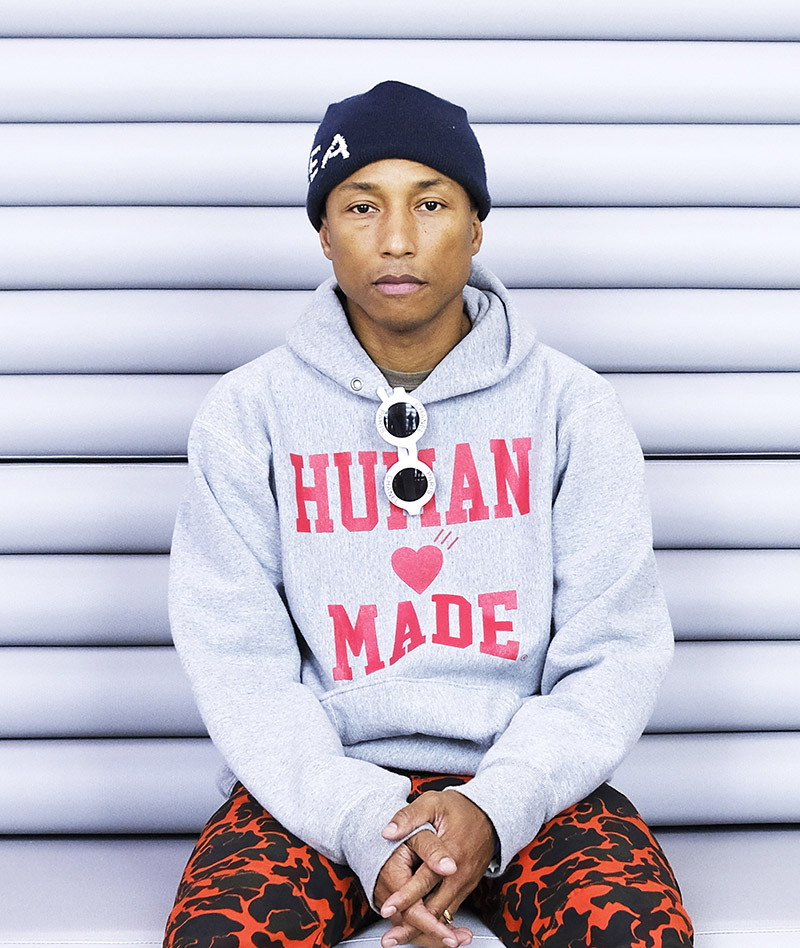 Music producer Pharrell Williams is using his influence to seek justice for his cousin, Donovan Lynch.

Lynch, 25, was one of two people killed in separate shootings that left eight innocent bystanders wounded on March 26.

Lynch was killed by a police officer who claimed he had been waving a gun.

Virginia Beach Police Chief Paul Neudigate later told reporters a firearm was found nearby. He said the officer was wearing a body cam but, "for unknown reasons," it was not functioning, WTVR reported.

Following the shootings, three men ranging in age from 18 to 22 were arrested on Saturday and charged with felonious assault and firearms possession.

Pharrell, 47, shared a tribute to Lynch on his Instagram.com page on Monday, March 29.

He captioned an image of Lynch:

"The loss of these lives is a tragedy beyond measure. My cousin Donovon was killed during the shootings. He was a bright light and someone who always showed up for others. It is critical my family and the other victims’ families get the transparency, honesty and justice they deserve. Virginia Beach is the epitome of hope and tenacity and, as a community, we will get through this and come out even stronger."

Chicago rapper King Von was reportedly killed during a shootout in Atlanta. He was 26.

11Alive's Jerry Carnes said an argument inside the club lead to gunfire between two groups.

Two men were killed at the scene and Bennett and one other man were wounded in the shootout and transported to a hospital. Bennett was later pronounced dead.

An argument at a club on Trinity Avenue lead to gunfire between two groups. Two APD officers got involved. Two men are dead. Officers are ok. GBI investigating. pic.twitter.com/mdS69KdntL

Two off-duty Atlanta Police officers who were moonlighting as club security were involved in the shooting. No police were injured.

In May 2014, Bennett, who was affiliated with a Chicago street gang, was charged with murder for fatally shooting a man and wounding two others during a birthday party in the Englewood neighborhood.

Bennett served prison time and was released on good behavior.

Bennett is also linked to the murders of Chicago gang bangers Gakirah Barnes in 2014 and Joseph "JoJo" Coleman in 2012.

2 people are in custody facing charges in the shooting death of a Miami pastor. Miami-Dade police arrested Latravia Charm Bell, 20, and Nathaniel Bernard Roberson, 31, in the fatal shooting of Gregory Byrd last month at The Village Flea Market & Mall.

Both suspects confessed to their roles in the murder. They will be charged with first-degree murder, Local 10 News reported.

Another suspect listed on the arrest form, Mikal Norman, is still at large, the news outlet reported.

Byrd, 54, was caught in the crossfire of a shootout in a crowded parking lot as he walked to his vehicle on Sept. 10. He was pronounced dead at Jackson Memorial Hospital Ryder Trauma Center.

The shootout occurred while two Local 10 News reporters were at the scene working on another story.

"He was my friend — my best friend, my fishing partner," Dorothy Boyd said in an interview last month. "He was a great man."

Police say the community assisted in the apprehension of the suspects.

North Carolina police responded to calls of a shootout between two groups of people outside a daycare center in Charlotte on Friday, Sept. 18.

Charlotte-Mecklenburg police were called to the scene of the shootout around 2:45 p.m. at a daycare on West Arrowood Rd.

Police say 20-year-old Isaiah Kersey and two others went to the daycare to pick up his toddler son, but he was denied by the daycare staff because he wasn't on the child's approved list for pick up.

The staff called the child's mother, who soon arrived with three other men - all packing firearms. An argument ensued in the parking lot between the two groups, which escalated into a wild shootout.

Police said two people in each group opened fire outside the daycare -- which had several children inside. None of the children were hurt. One staff member fell and injured her arm while running from the gunfire.

Kersey was the only person arrested and one firearm was recovered. He was booked into the Mecklenburg County Jail on charges of simple affray, obstruction and resisting an officer.

In 2019, Kersey was arrested and charged with possession of a stolen firearm after he was injured in a shooting in Fort Mill, South Carolina.

Customers inside a car Dealership in North Texas ran for their lives as a shootout left three people dead on Tuesday. None of the customers at the Greenville Nissan dealership were injured.

Police say 20 shots were fired in the span of 6 seconds.

END_OF_DOCUMENT_TOKEN_TO_BE_REPLACED

If you thought you spotted a black face amongst the nearly 200 Caucasian bikers who were arrested following that Waco, Texas, shootout on Sunday, you were right.