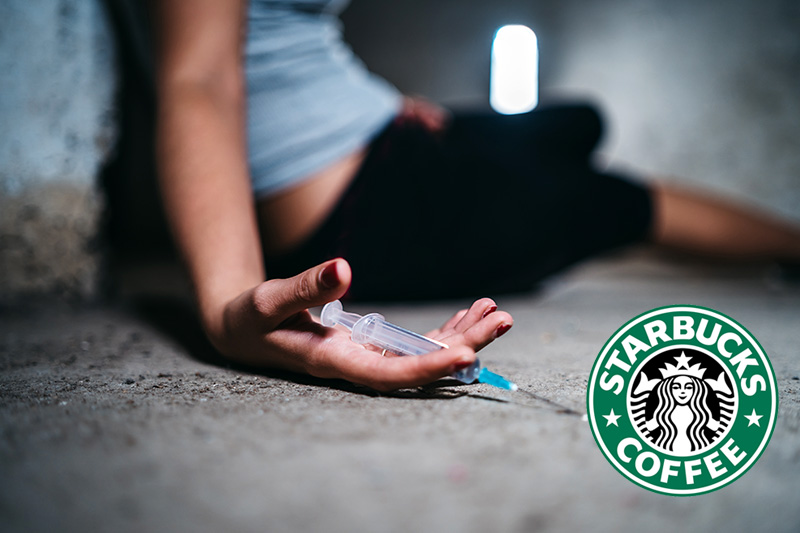 Starbucks Coffee customers can now use the restrooms without stumbling over drug addicts on their way in.

Starbucks announced it is closing 16 stores in major cities due to dangerous incidents caused by the company's woke "open bathrooms" policy.

Starbucks made headlines in 2018 when the company announced store managers could not block the homeless and other non-customers from using the restrooms.

Incidents include homeless people and drug addicts turning the restrooms into drug and sex dens.

The company even installed hazardous waste boxes for needle disposal in restrooms in various locations to accommodate drug addicts in 2018.

The store closures come after workers reported incidents involving drug use by customers and members of the public in store restrooms.

Workers signed a petition demanding the company do more to protect them.

Starbucks previously prohibited employees from limiting access to the restrooms to customers only.

"We read every incident report you file - it's a lot," wrote Starbucks executives Debbie Stroud and Denise Nelson in internal memos to employees Monday.

"We cannot serve as partners if we don’t first feel safe at work."

Starbucks refers to its employees as "partners" in company communications.

"We have to harden our stores and provide safety for our people," Starbucks CEO Howard Schultz told the NY Times. "I don't know if we can keep our bathrooms open."