Panicked residents scrambled to evacuate an apartment complex in Oak Park, Illinois, amid fears the building could collapse.

An emergency evacuation order is in effect at the seven-story, 48-unit apartment building after an inspector discovered it was in "imminent danger of failure or collapse."

An inspection at the Oak View Tower on North Boulevard found sloping floors and visible cracks in the foundation and columns.

Residents were given just 5 days to pack up and move out, but many seniors said they have nowhere to go. 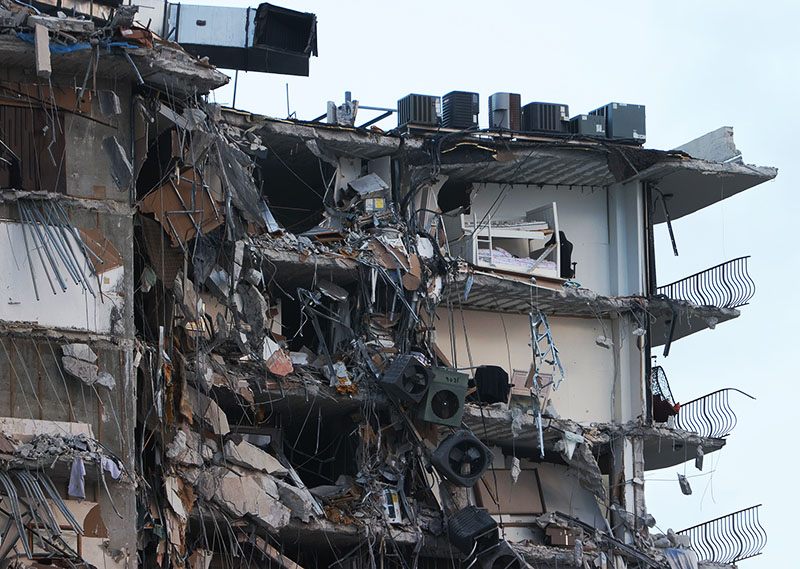 Residents were mindful of a partial building collapse in Chicago in March, and a deadly condo collapse in Surfside, Florida in June (pictured), that left 98 people dead.

"My mind had kinda been at Surfside for a while because of the cracks," Leonard-Porch said.

"It was a no-brainer. Yes, I might not like it for a year, but I'm not gonna get crushed by a building."