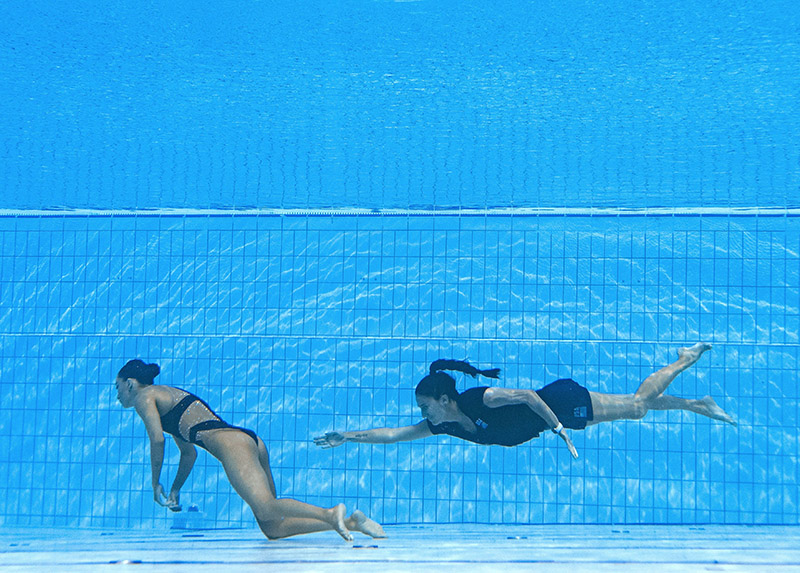 A U.S. synchronized swimming coach dived into the pool to save one of her swimmers who fainted underwater after a solo routine in Budapest on Wednesday.

Anita Alvarez, 25, had just competed in the final of the women's solo free event during the World Championships in Budapest when she lost consciousness and sank to the bottom of the pool on Wednesday. 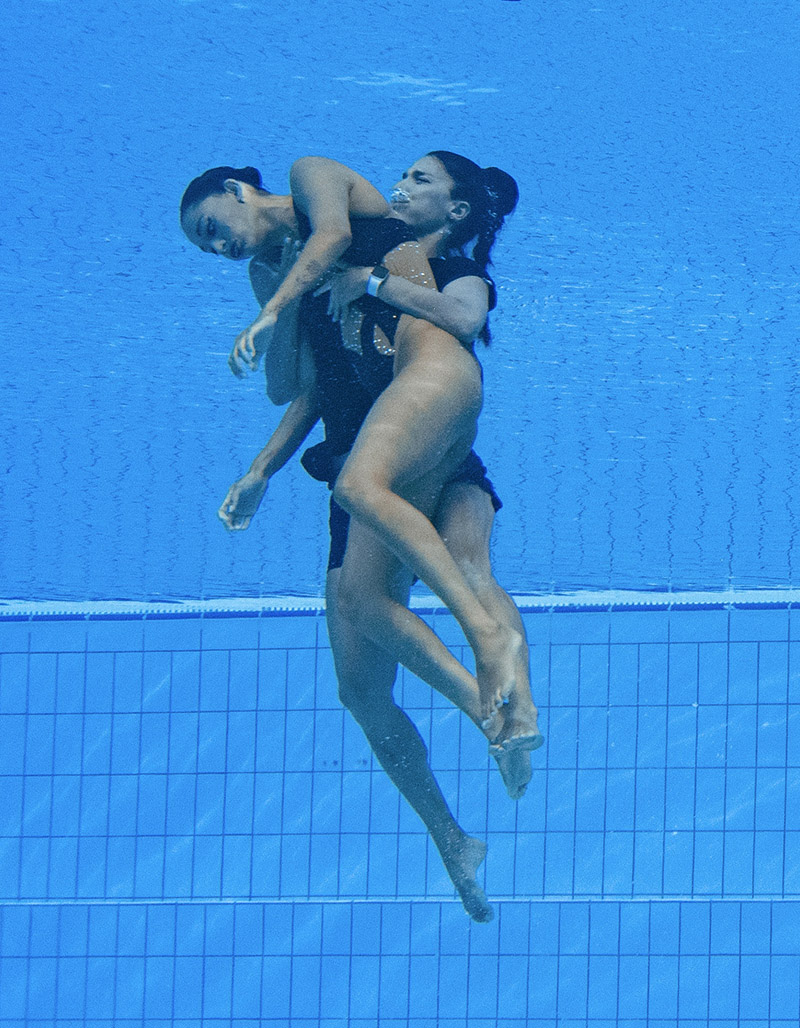 Coach Andrea Fuentes reacted quickly and dove into the pool when she saw Alvarez didn't come up to breathe.

"When you finish, you really want to breathe because you hold your breath for a long time and the first thing you want to do is breathe," Fuentes told "Good Morning America" on Thursday. "I saw she was going down, so I was like immediately knew that something was happening so I went as far as I could and I reach her and grab her to the surface and tried to make her breathe." 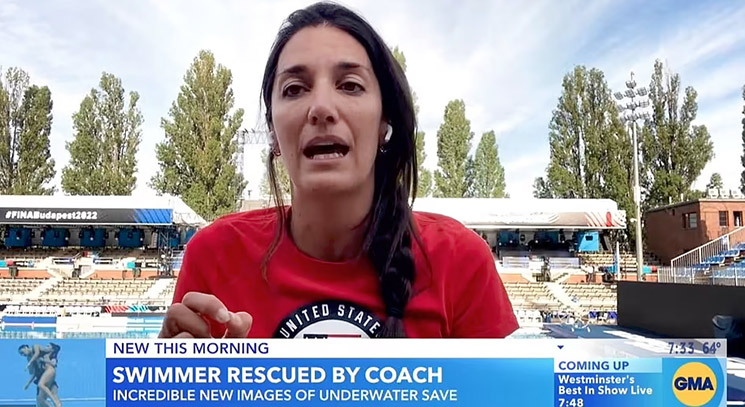 Fuentes said she dived into the water because the lifeguards didn't do anything to help the stricken swimmer.

A male swimmer who was waiting to compete next jumped into the water to help after Fuentes got her to the surface. 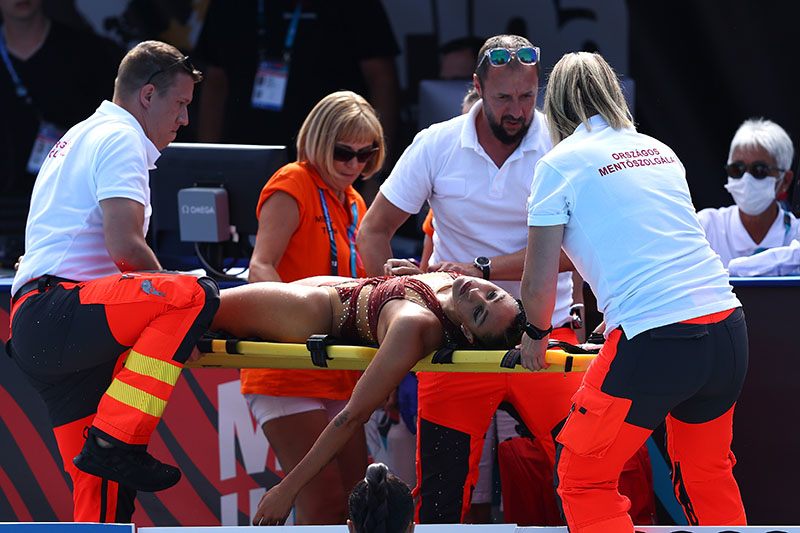 After pulling Alvarez from the pool, Fuentes administered CPR until medics and the team doctor took over. "Heart rate was fine, blood pressure fine, oxygen, glucose, everything was good so I knew she was okay."

Fuentes said this is the second time that she rescued Alvarez after a fainting spell in the pool. Fuentes saved Alvarez during a similar incident last year at the Olympics qualifying event in Barcelona.

She said fainting spells in the pool are not uncommon. "The sport is extremely hard. Sometimes people pass out. Our job is to discover our limits, that's what we do as athletes," said Fuentes.

Fuentes wrote in an Instagram post: "it was her best performance ever, she just pushed through her limits and she found them."

Alvarez recovered and is doing fine. She is expected to return to competition on Friday for the free team final, pending expert medical evaluation.