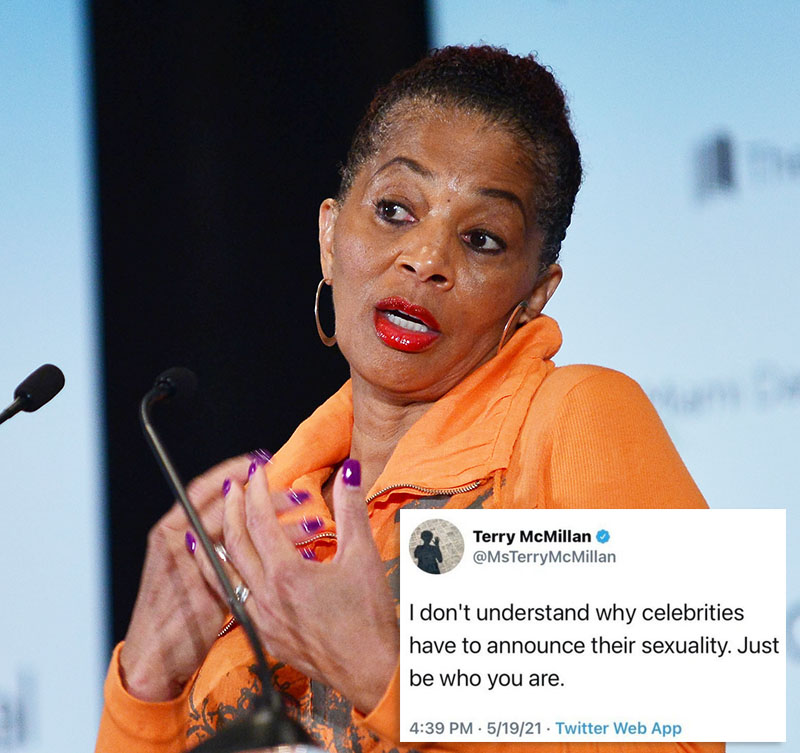 The acclaimed author wrote: "I don't understand why celebrities have to announce their sexuality. Just be who you are."

After a furious response from the LGBT+ community, who called out McMillan's heterosexual privilege, she deactivated her Twitter account.

Members of Gay Twitter wondered if McMillan's marriage to a bisexual man may have hardened her heart.

Terry McMillan says her storybook romance with a handsome 20-year-old bisexual Jamaican, who later became her husband, never happened the way she wrote it.

McMillan married Plummer in 1998 after meeting him while on vacation in Jamaica in 1995. Their marriage inspired her famous novel How Stella Got Her Groove Back.

Then rumors began to swirl that Plummer was a "down low" male seeing other men behind her back.

The couple divorced in 2005 after Plummer confessed that he was a homosexual.

In 2017, McMillan sued Plummer for $40 million, claiming he ruined her reputation as an acclaimed author by deceiving her into marrying him.

In a confrontation with Plummer on "Oprah" in 2005 -- McMillan claimed their marriage was "based on deceit" and she accused him of marrying her for money and U.S. citizenship.

Now that same-sex marriage is legalized, McMillan claims her famous novel was all a lie.

On Monday, she tweeted: "Personally, I was never waiting to exhale nor have I ever lost my groove. I write fiction. I lie such that it feels like the truth."

One user wrote: "Wish I could write my truth with half the authenticity and brilliance of your lies." 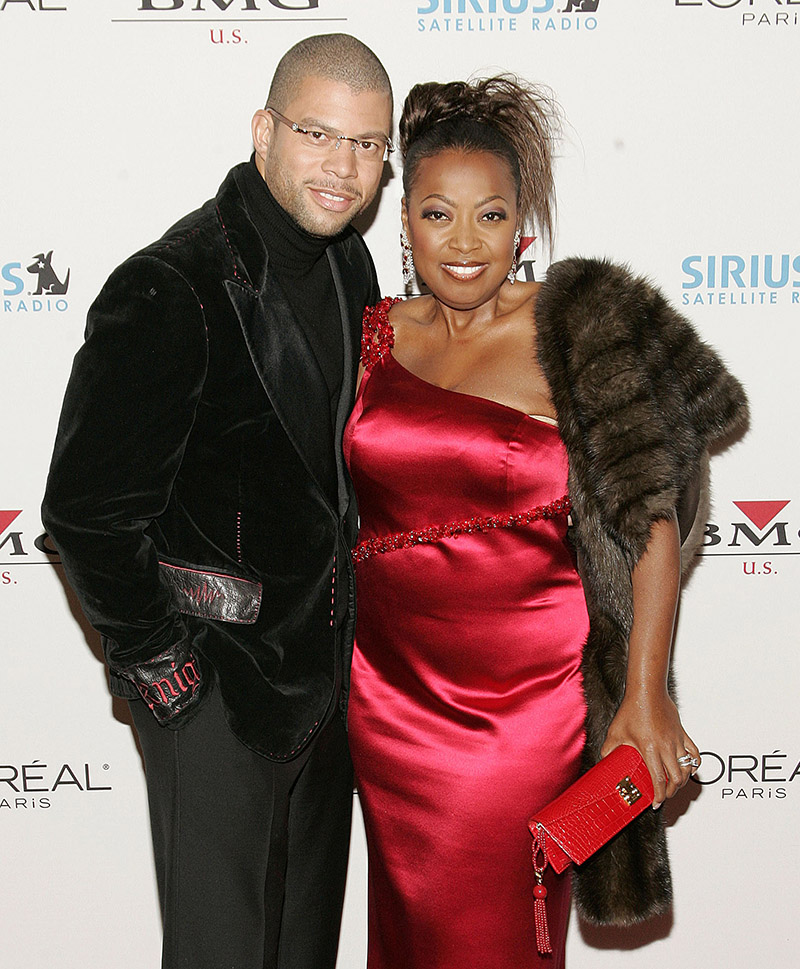 The market is hot for bisexual men right now, as polls show more women are willing to date men who also date men.

Attorney Star Jones, 58, made blog headlines in 2004 when she married Al Reynolds, an effeminate man who repeatedly denied rumors that he was involved in same-sex relationships with men. The couple divorced in 2008.

Reynolds, 51, came out as bisexual in a 2017 interview with Radar Online, saying he is "capable of loving both sexes, and I have done both."

Now Reynolds claims he didn't intentionally deceive Jones because she knew he was down low when she met him, and later asked for his hand in marriage.

In an interview with podcaster Shawn Allen, Reynolds insisted he was not the first bisexual man Jones dated and that the man she was engaged to before him was also bisexual.

Reflecting the current acceptance of bisexual men, Reynolds told Allen, "Some women like it." 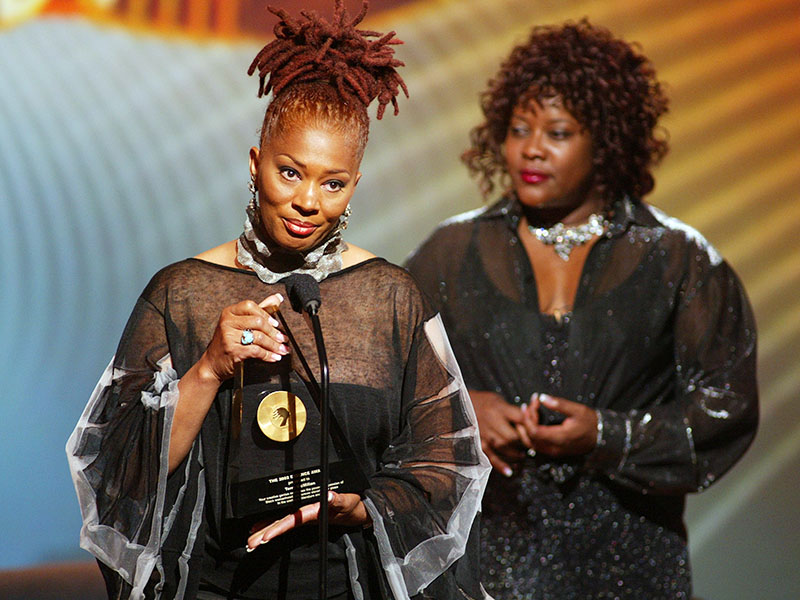 Jones and Reynolds' May-December relationship drew comparisons to Terry McMillan (left) and Jonathan Plummer, a bisexual Jamaican who wooed and deceived the author after she met him on a Caribbean vacation.

McMillan, whose best-selling book How Stella Got Her Groove Back was based on her marriage, eventually divorced Plummer who was 22 years her junior. She later sued him for $40 million.