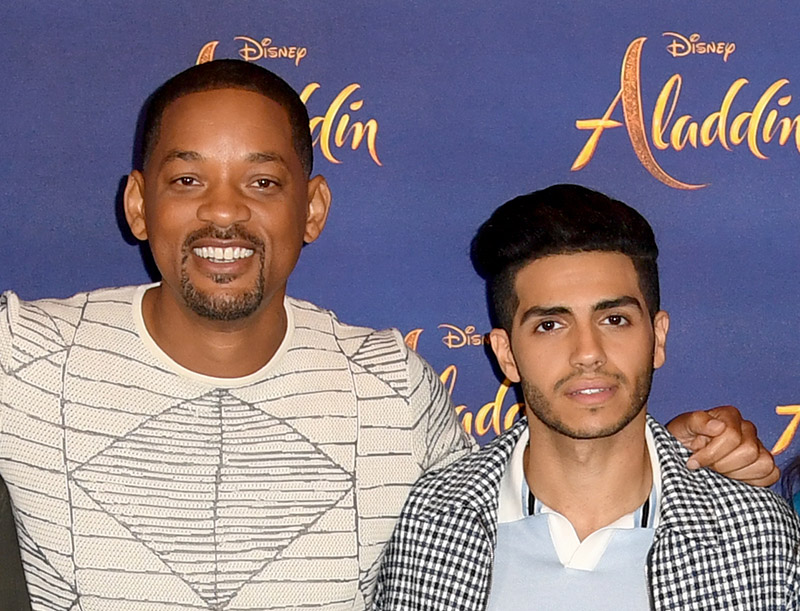 Will Smith sympathizes with his Aladdin co-star who complained that he has been ignored by Hollywood since the movie surpassed $1 billion in worldwide ticket sales.

Mena Massoud, an Egyptian-born actor, starred alongside Smith, who received praise as the blue genie.

Massoud told the Daily Beast his career has tanked since the movie's release. He says he is not getting calls from movie studio's offering roles.

"I haven't had a single audition since Aladdin came out," he said. "The big truth is I haven't really seen a big anything from [the film]. 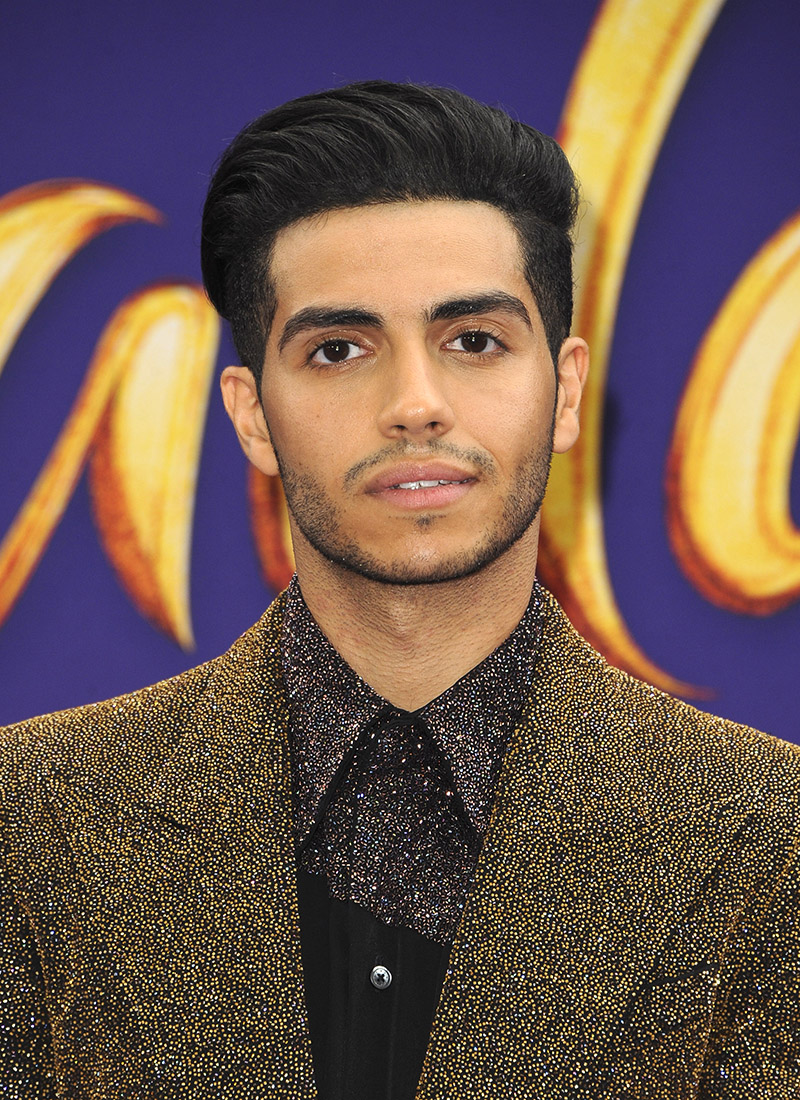 "It's like, I'm sitting here being like, okay, Aladdin just hit $1 billion — can I at least get an audition? Like I'm not expecting you to be like, 'Here’s Batman.' But can I just get in the room?... Can you just give me a chance?"

Massoud, who is 28, believes his age might be hurting his chances to land a movie role in Hollywood.

"I feel like I'm going to be overlooked and underestimated for a long time because I am a young actor," he said. 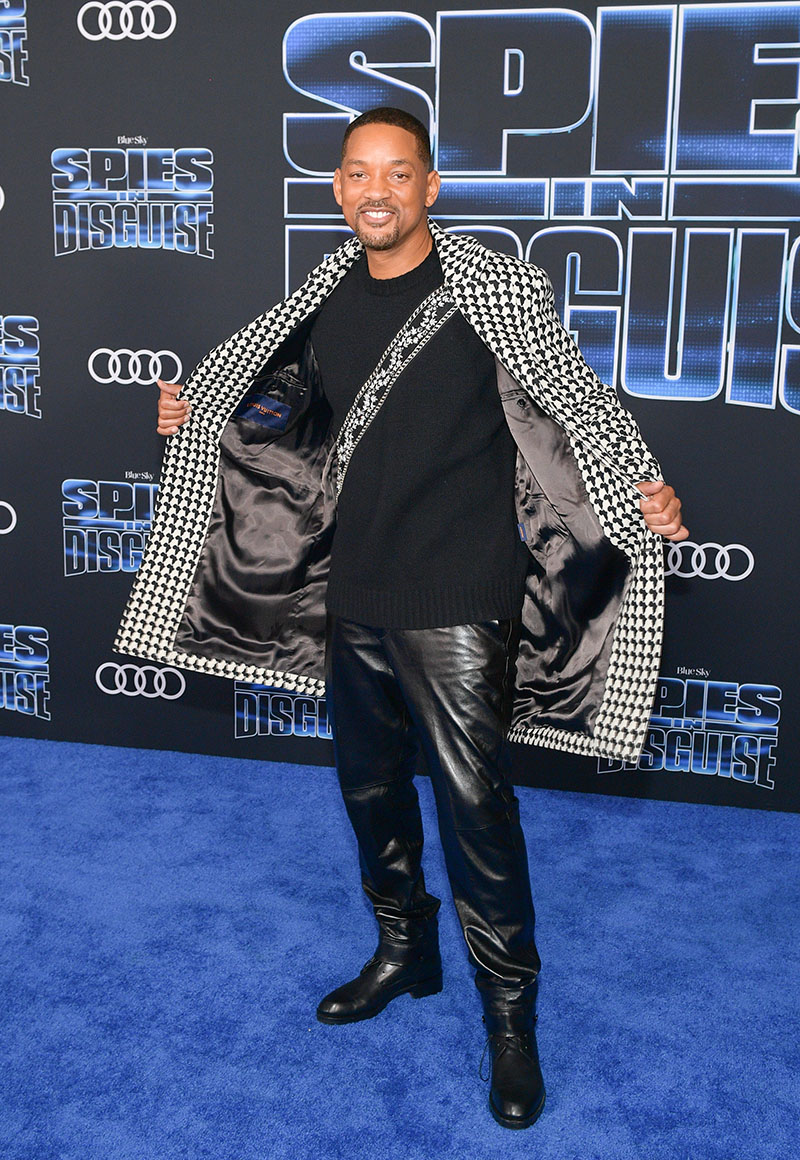 Smith was asked to comment on his former co-star when he attended the Hollywood premiere of his new animated film Spies In Disguise on Wednesday.

Smith, 51, seemed surprised to learn that Massoud was an unemployed actor who is down on his luck.

"Uh I'm just hearing that right now so I haven't spoken to Mena," he told Variety.com.

"But he is a spectacular actor, and he has nothing to worry about," he added.

Back in July your auntie told you that former blogger Funky Dineva was fired from WXIA/WATL-TV's new talk show Sister Circle. But the report was premature and, well, my insider was wrong.

END_OF_DOCUMENT_TOKEN_TO_BE_REPLACED

A McDonald's worker was fired for taunting a drive-thru customer who simply asked her for extra ketchup.

END_OF_DOCUMENT_TOKEN_TO_BE_REPLACED

The former Real Housewives of Atlanta cast member jumped up and caught the Holy ghost while the church band played on and the cameras rolled. It isn't clear why the cameras were there.

END_OF_DOCUMENT_TOKEN_TO_BE_REPLACED

Despite the warm reception from Baltimore Ravens coaches and players, the team's owner is saying no to Colin Kaepernick.

The 29-year-old former San Francisco 49ers quarterback has been unemployed and blacklisted in the NFL after he took a knee during the national anthem to protest racial injustice in 2016.

END_OF_DOCUMENT_TOKEN_TO_BE_REPLACED

Phaedra Parks is no longer listing her Buckhead mansion for rent -- at least not on Zillow.com.

The former Real Housewives of Atlanta listed her mega mansion for $10,556 a month on July 26. She removed the listing on Saturday.

END_OF_DOCUMENT_TOKEN_TO_BE_REPLACED

Troubled comedienne Kathy Griffin is set to hold a news conference today to accuse the Trump family of bullying her. Griffin's career crashed and burned earlier this week when she pretended to decapitate President Trump in a controversial photo shoot with photographer Tyler Shields.

END_OF_DOCUMENT_TOKEN_TO_BE_REPLACED

An Arkansas teacher was forced to resign after he referred to first lady Michelle Obama as "first chimp" in a Facebook post.

END_OF_DOCUMENT_TOKEN_TO_BE_REPLACED

Rumors are swirling that eccentric actress Raven-Symone has been kicked off ABC's "The View" daytime talk show.

Raven's eccentric behavior on and off the set of "The View" made her an easy target for criticism on social media.

END_OF_DOCUMENT_TOKEN_TO_BE_REPLACED

President Obama's appointee to replace Attorney General Eric Holder says all illegal aliens who manage to cross the borders into America should have the right to work legally. This despite the fact that the unemployment rate in the black community is 10.4 percent.

END_OF_DOCUMENT_TOKEN_TO_BE_REPLACED

Update: Gawker.com points out the Ravens just deleted a tweet that seemed to blame Janay Palmer for the "role that she played" in her knock down, drag out fight with unemployed former NFL player Ray Rice.

END_OF_DOCUMENT_TOKEN_TO_BE_REPLACED

The last time we visited the subject of Kerry Washington's suspicious marriage to unemployed footballer Nnamdi Asomugha, rumor had it that Washington was allegedly being blackmailed by Asomugha, who was unceremoniously booted off the San Francisco 49ers team.

Now comes word that Asomugha is complaining bitterly that the 'Scandal' actress spends way too much time on her career while he sits at home thumbing through the wanted ads.

Washington is pregnant with Asomugha's spawn. But the fact that Washington and Asomugha are never seen together in public fuels rumors that their marriage is a smoke screen.