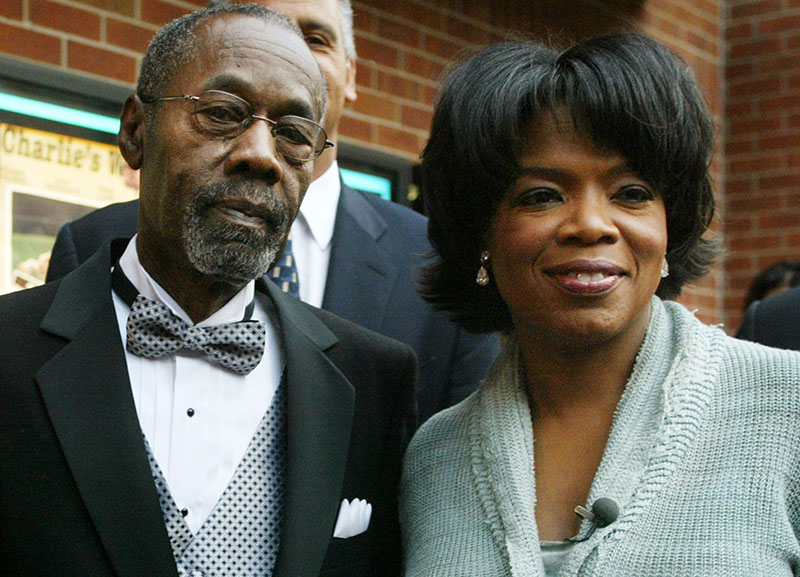 Vernon owned a barber shop in East Nashville and worked as a city councilman before retiring.

His death comes days after Oprah celebrated him on the 4th of July, which she dubbed, "Vernon Winfrey Appreciation Day."

In an Instagram video, Oprah said her father had no idea that the celebration was for him. He thought it was going to be a Fourth of July party.

Oprah's pal Gayle King then panned the camera to show tables stocked full of barbecue chicken and hamburgers. Then she showed Vernon, who was given his own barber chair to sit in.

Oprah captioned the Instagram post, "Giving my father his "flowers" while he's still well enough to smell them. Happy 4th of July as you gather with your family and friends. Remember to celebrate each other."